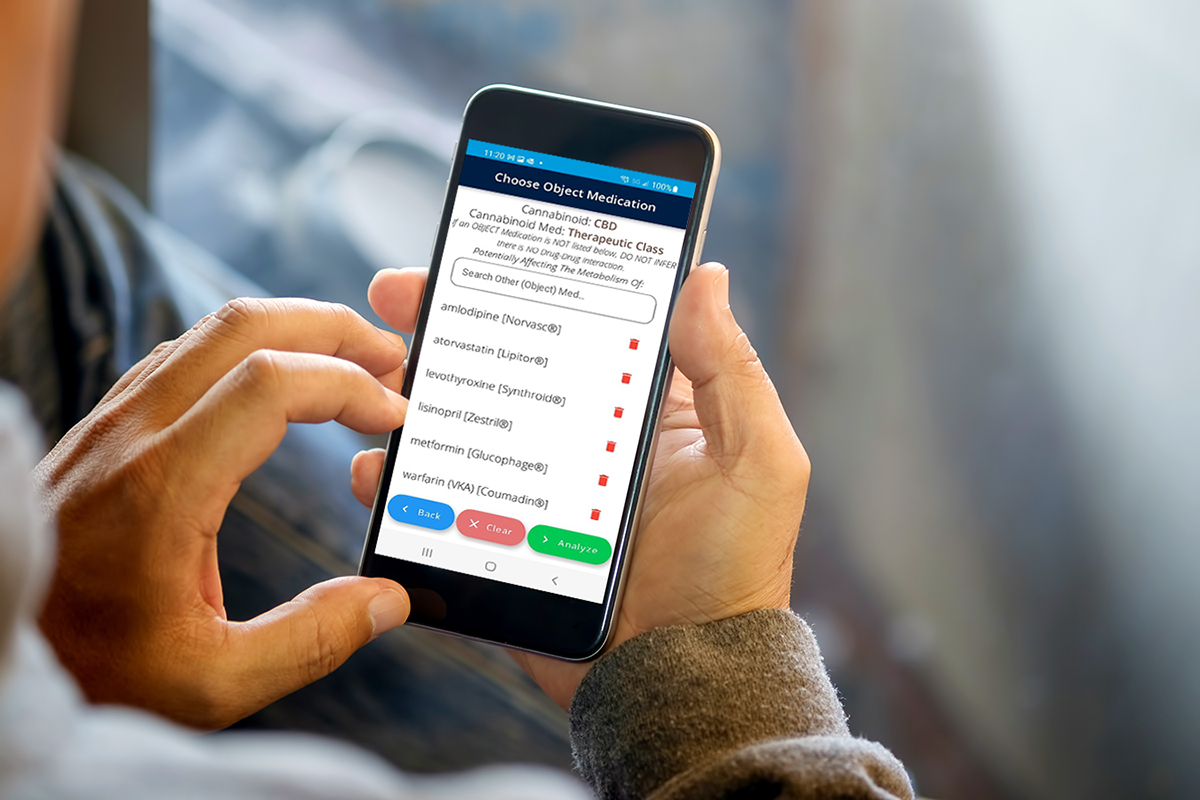 A new web-based application developed by Penn State researchers could help pharmacists and other health care providers improve patient safety by reducing unintended interactions between medical and recreational marijuana and cannabidiol (CBD) products and other medications. Penn State College of Medicine researchers said that medical marijuana and CBD have become more accessible to consumers through local retail stores, pharmacies or even by illicit means, and that these products may affect the metabolism of other medications.

CANNabinoid Drug Interaction Review (CANN-DIR™) is a free web-based resource that evaluates cannabinoid products such as delta-9-tetrahydrocannabinol (THC), CBD or a combination of both (THC & CBD) in a single product against a database of common over-the-counter and prescription medications. CANN-DIR™ was developed by researchers at the College of Medicine, which is one of nine approved medical marijuana Academic Clinical Research Centers in Pennsylvania.

Users select the cannabinoid product a patient is taking and then choose other medications they are using. CANN-DIR™ then provides information about how the THC and/or CBD product could potentially affect the metabolism, or breakdown, of the other selected medications.

Kent Vrana, Elliot S. Vesell Professor and Chair of the Department of Pharmacology and project leader, said it’s important for health care professionals and patients to understand that cannabinoid products, whether prescribed or used recreationally, may influence the activity of other medications. For example, drugs like warfarin, often used to prevent blood clots, have a narrow therapeutic index in which small differences in the amount of active ingredient in the blood could lead to therapeutic failure or adverse events, such as bleeding.

“Some drugs can affect the way others are broken down by the body, which can be problematic in the case of medications with a narrow therapeutic index,” Vrana said. “People may not realize that THC and CBD products have the ability to change the way other drugs are metabolized, and it’s an important conversation for patients and health care providers to have with each other. CANN-DIR™ can help facilitate those conversations and provide useful information for health care providers when prescribing medications to their patients.”

The information in the CANN-DIR™ database was researched by Vrana and Paul Kocis, a clinical pharmacist at Penn State Health Milton S. Hershey Medical Center. Funding from the Center for Medical Innovation at the College of Medicine enabled Vrana and Kocis to connect with Penn State Harrisburg computer science students Samuel Wadrose, Aqib Ahmed and Rohan Gajjar, who worked on the app as part of their capstone project last spring. With mentoring from their academic advisor, Hyuntae Na, assistant professor in the School of Science, Engineering and Technology, the team launched the first version of the app on March 22. Currently, another group of computer science students are working on version 2, which the researchers plan to be more user friendly for patients and their caregivers.

“The goal of CANN-DIR™ is to provide health care providers an additional resource to improve patient safety by reducing unintended drug-drug interactions,” Kocis said. “We hope this resource will also focus attention on how cannabinoids can affect the metabolism of other medications.”

The research described above was supported in part by PA Options for Wellness.