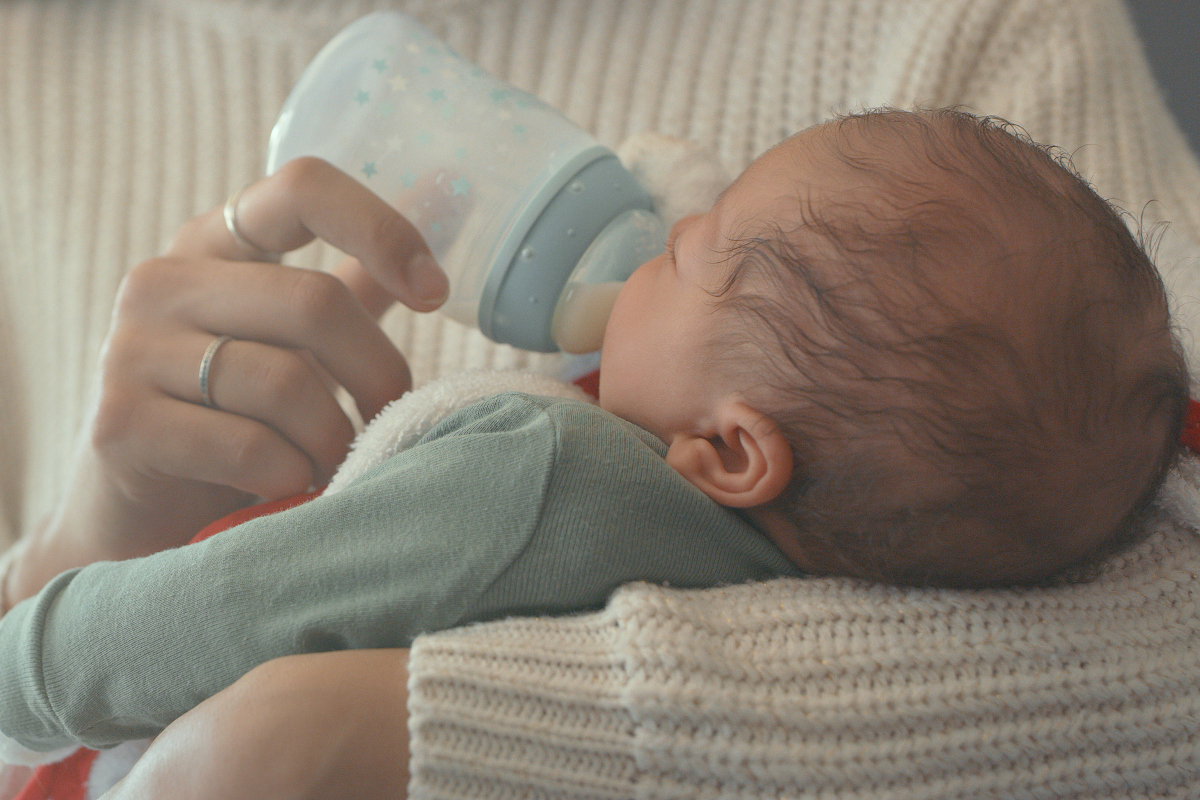 Supply chain issues and the lingering effects of a formula recall in February have led to a nationwide shortage of baby formula — and lots of worried parents. Experts at Penn State Health Children’s Hospital share the dos and don’ts of navigating the shortage safely.

Forget brand loyalty. If you can’t find your preferred brand, try one that is available. “Cow’s milk-based formulas of different brands are very similar and they all undergo rigorous testing standards that are required by the U.S. Food and Drug Administration,” said Dr. Katie Shedlock, a pediatrician at Penn State Health Children’s Hospital. Babies may experience a few days of gassiness or fussiness while they adjust to a new formula, but Shedlock says most of the time babies’ behavior won’t change.

Reconsider the specialty formula. If your older infant is still on a special formula for cow’s milk protein intolerance, you may find they’ve “outgrown their sensitivity and can instead use regular formula,” said Dr. Nicole Hackman, pediatrician and medical director for lactation services at the Children’s Hospital. Before making any changes, parents should check first with their pediatricians.

Shop around. “Call stores before driving to them to see if they have the formula you want and ask them to hold a can for you if possible,” Shedlock said. You can also check smaller, local stores or pharmacies or shop online — either on the formula manufacturer’s website, or through a trusted, U.S. retail site. If you still can’t find the formula your baby needs, Shedlock advises reaching out to your child’s pediatrician.

Buy in moderation. If you’ve found formula, great. Acquire about 10 days to two weeks’ worth, Shedlock advises. But as tempting as it is, please don’t build your own stockpiles. “We want to make sure formula is available to all babies who need it.”

Use networking and social media. “Moms are gathering together and helping one another by sharing where they’ve found various formulas locally,” said Kim Grey, a pediatric care management social worker with Penn State Health Pediatrics.

Under-resourced? Reach out to community services. “We’re getting calls from individuals who are under-resourced and don’t have the ability to go to a bunch of different places to get formula,” Grey said. She advises that families who use WIC — the federal Special Supplemental Nutrition Program for Women, Infants and Children — call their local WIC office. While WIC typically would only cover a specific formula, the Pennsylvania WIC will now cover certain equivalent alternatives due to the shortage.

Grey says parents can also use 211 – a United Way resource that can put them in touch with food banks – or contact their local Community Action Partnership office.

Consider trying ― or returning to ― breastfeeding. “If a mom is able and interested, she can try ‘relactation,’ a process to help restart breastmilk production,” Hackman said. While it takes effort and time, she’s had patients over the years — including adoptive moms of infants — successfully work with lactation specialists to induce or re-establish lactation.

What not to do

Don’t make your own formula. “We’ve had patients who’ve seen homemade formula recipes on social media call us to ask if that’s OK,” Shedlock said. “It most definitely is not. The risks are just too high for electrolyte imbalances — which can cause seizures and even death — as well as nutritional deficiencies.”

Don’t dilute the formula. Diluted formula also puts infants at great risk for abnormal electrolytes, Hackman said. “We’ve seen this in infants in the past where it’s happened by accident — not measuring the formula powder correctly — resulting in a baby having seizures.” Hackman recommends following the manufacturers steps to mix formula.

Don’t use cow’s milk. Babies can’t handle the protein component in cow’s milk, and it can cause intestinal bleeding. “We never recommend cow’s milk until babies are a year old for these reasons,” Shedlock said. If your infant is at least six months old and you absolutely have no other recommended alternatives, the American Academy of Pediatrics (AAP) states that you can use cow’s milk for up to one week at the most. But Shedlock says she hopes that families “never have to do that.”

Don’t use other types of milk. Things like goat’s milk or plant-based milks are often low in protein and minerals, according to the AAP.

Don’t use toddler’s formula. “Infant formula is very well regulated for both nutrition and safety,” Shedlock said. “Toddler formula is not. It should only be considered as a last-resort option for older infants and then only for a few days at most.”

Don’t use formula intended for premature babies. While safety-wise it’s fine to use this for a few weeks — though your baby will likely gain weight faster — the real concern is that there are underweight babies that really need this formula. “We want to make sure it’s available for them,” Shedlock said.