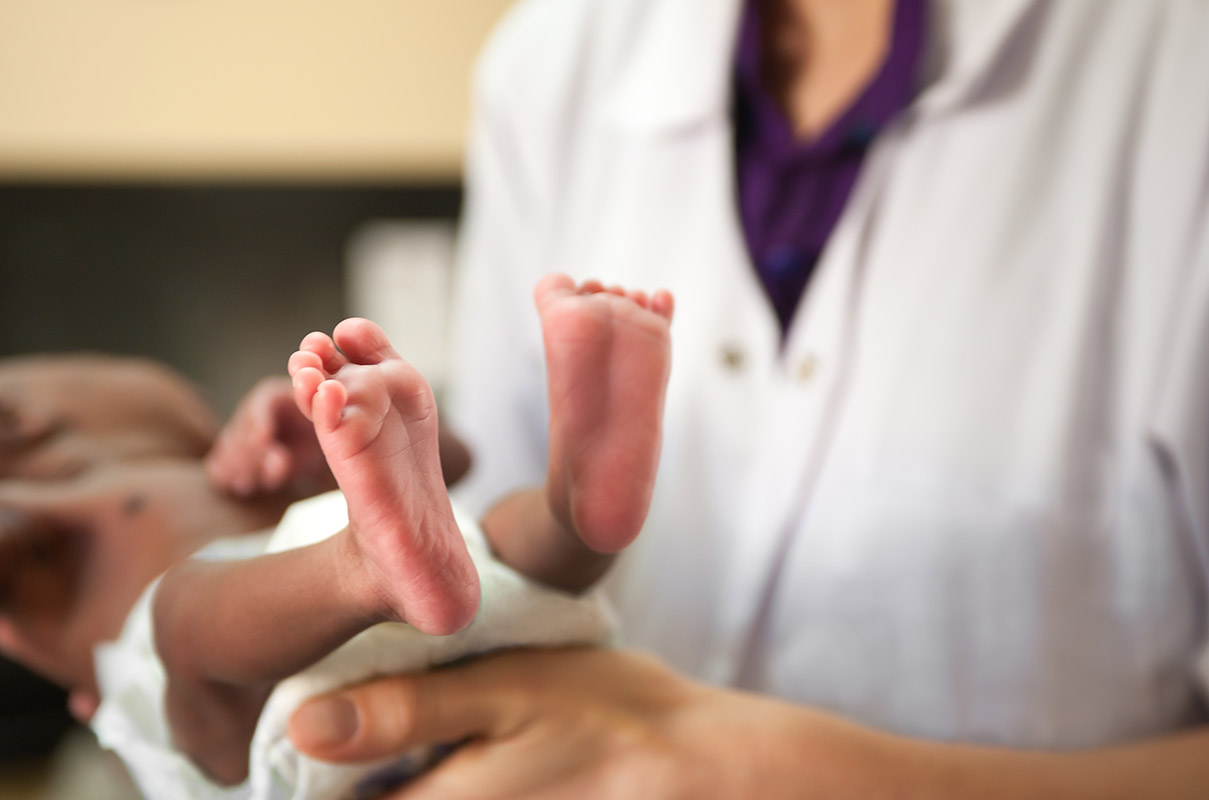 Newborns, whose brains, spines or spinal cords do not properly develop in utero, can be born with neural tube defects (NTD), increasing their risk of physical disabilities, intellectual impairments and death. Newborns in eastern Africa are nearly five times more likely to have a NTD compared to those in the United States, according to a study by Penn State College of Medicine researchers.

According to the researchers, one way to prevent NTDs is to ensure that all women of reproductive age get enough folic acid throughout their prenatal care and pregnancies. To help support these efforts, the U.S. Food and Drug Administration began enriching certain foods with folic acid in the 1990s. However, this is problematic for women living in developing countries, where foods are not fortified with folic acid and supplementation is seldom part of prenatal care. The researchers said that fortifying foods with folic acid and promoting supplements could help improve health outcomes for neonates in low- and middle-income countries.

“The burden of neural tube defects in Eastern Africa is unacceptable,” said lead investigator Dr. Paddy Ssentongo, assistant professor in the Department of Public Health Sciences. “Cost-effective interventions including fortifying stable foods with folic acids should be a priority in countries that have not mandated this practice.”

Using PubMed, Embase and Cochrane Library databases, the researchers conducted a systematic review and meta-analysis of 20 studies published through December 2021. They analyzed data from 752,936 individuals living in eastern African countries that had data on the prevalence of neural tube defects, such as Ethiopia, Tanzania, Uganda, Kenya, Malawi and Eritrea. They examined the prevalence of NTDs and explored the following conditions:

According to the findings, newborns in Ethiopia had the highest prevalence of NTDs. The lowest rates were found among babies in Malawi. Across eastern Africa, the most common NTD was spina bifida. The researchers found that the prevalence of spina biﬁda was two times higher than anencephaly and 10 times higher than encephalocele. The researchers also found NTD rates have increased over the past 40 years at a rate of roughly 4% per year.

“Societal and economic consequences of NTDs are catastrophic,” said senior author Dr.  Alain Zingraff Lekoubou Looti, assistant professor in the Department of Neurology and Penn State Neuroscience Institute researcher. “It is our hope that the results of this study contribute to making NTD prevention a high priority among local and regional governments.”

The study revealed the important role folic acid may play in prenatal development. According to the Centers for Disease Control and Prevention, once the U.S. began fortifying foods with folic acid, there was a 35% decrease in NTDs in newborns. Based on this evidence, the researchers said the health benefits from folic acid could improve outcomes for women and babies living in low- and middle-income countries as well.

In addition to dietary concerns and poverty, the researchers mentioned another factor that may be linked to the high rates of birth defects. Eastern Africa has a high prevalence of HIV and epilepsy. As a result, many women use antiretroviral therapy (ART) and antiepileptic drugs (AEDs) during pregnancy. Studies have shown that some ART drugs and AEDs are associated with spinal tube defects. The investigators suggested increasing awareness about these risk factors. They stressed the importance of folic acid for women of childbearing age and establishing specialized centers to provide follow-up care to babies born with NTDs.