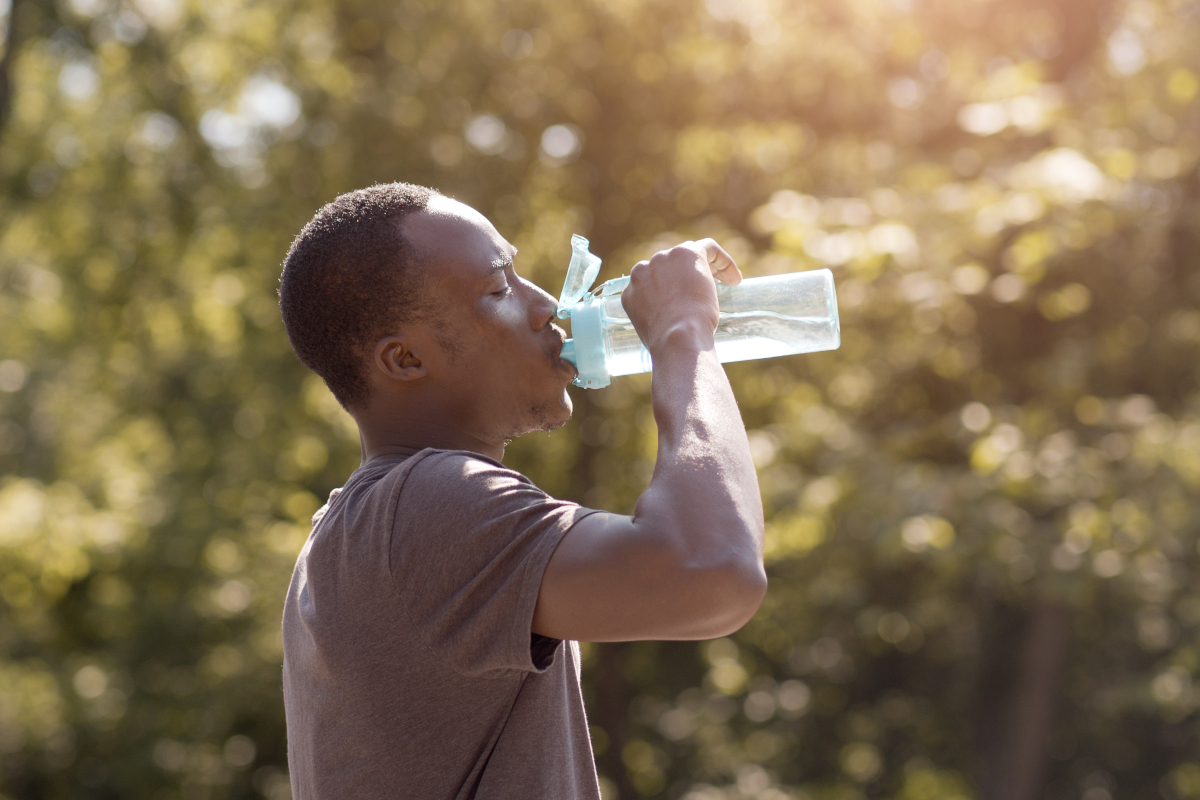 As temperatures soar this summer, so does the risk of heat-related illness. Before heading outdoors on a sweltering day, know the symptoms of heat exhaustion and the potentially deadly heat stroke, how to avoid them and what to do if they kick in.

Anyone can develop heat-related illness from prolonged exposure to excessive heat or heat coupled with high humidity — a frequent summer forecast for central Pennsylvania. Workers whose jobs require staying outside for long periods of time and anyone participating in outdoor sports are susceptible to falling ill.

People who have trouble regulating their body temperature are at an increased risk, explains Dr. Jed Zeigler, an emergency medicine physician at Penn State Health Hampden Medical Center. That includes infants and very young children as well as anyone who has heart failure, kidney failure, poor circulation or high blood pressure. Zeigler says the elderly are at the greatest risk for developing heat-related illness.

“They live in some degree of constant dehydration, regardless of the weather conditions,” Zeigler said. “As a result, their circulatory system — their cooling system — no longer works as well, making them predisposed for heat exhaustion and heat stroke.”

“Heat exhaustion is what most of us think of as being ‘overheated’ in the summer,” Zeigler said.  Symptoms can include sweating profusely while having cold, pale and clammy skin, muscle cramps, nausea or vomiting, dizziness, fainting, tiredness or weakness and a headache. “They’re all signs that your body is running at full steam trying to cool itself down.”

Heat stroke develops when the body’s cooling efforts fail. “At that point, your temperature is going to shoot up very high — 103 degrees or higher — and your skin will become red and hot,” Zeigler said. “You’re no longer sweating.” Those experiencing heat stroke will become very confused or lose consciousness. It’s a medical emergency.

About 700 heat-related deaths occur in the U.S. each year, according to the Centers for Disease Control and Prevention.

“We certainly see our share of heat stroke patients, and thankfully some recover fully,” Zeigler said. “But when your temperature is totally unregulated like that, you’re looking at outcomes that are similar to those from a ‘regular’ stroke.”

Treatment to cool down quickly

People can treat mild heat exhaustion themselves at home, Zeigler says. “They need to get out of the heat — at least into the shade, but ideally indoors into air conditioning.” They should also drink water to become hydrated. “That goes hand-in-hand with your body’s ability to cool itself,” Zeigler said.

Additionally, people experiencing heat exhaustion can put cold washcloths on the sides of the neck and, if they’re feeling up to it, take a cool shower.

“And any sort of air moving across the skin is also great, so get in front of a fan,” Zeigler said.

People who are throwing up or who don’t feel relief from their heat exhaustion symptoms within an hour of at-home treatment should seek medical attention. They may be directed to a hospital emergency department for evaluation and treatment, including intravenous fluids.

Heat stroke, the most serious type of heat-related illness, is a medical emergency.

“If you see someone who’s looking red and hot but they’re not sweating, and their temperature is really high and they’re confused or unconscious, call 911 immediately,” Zeigler said. And don’t stop there.

“As you wait for the emergency responders, start some cooling techniques. If possible, move them to a cool area. And place a cold washcloth on their neck. The medics are going to be doing similar cooling efforts when they get them in the back of the ambulance. There’s no good reason not to start them while you wait.”

At the emergency department, physicians like Zeigler will apply a “more aggressive means of cooling their bodies down to normal temperatures,” he said, as well as any other necessary interventions.

The best way to avoid heat-related illness is to stay hydrated and avoid the excessive heat whenever possible. Remain indoors in the air-conditioning or at least near a fan during the hottest times of the day or whenever there’s a heat advisory, Zeigler says.

If you have to be outside, wear cool, loose-fitting clothing and drink water frequently. Parents and caregivers should pay extra attention to young children, who may not realize that they’re getting overheated while playing outside. Make sure they take frequent water breaks and avoid active outdoor play at the hottest times of the day. Zeigler also advises that people check in with their elderly neighbors or relatives to make sure they’re OK.

“Ask how you can help. Cook some meals so they don’t have to,” he said. “And we see people in their 80s mowing their lawns. Offer to do that for them.”

But still, even healthy adults should wait until the heat advisory has passed.

“It’s not going to be the end of the world if that lawn doesn’t get mowed for a few days,” he said.