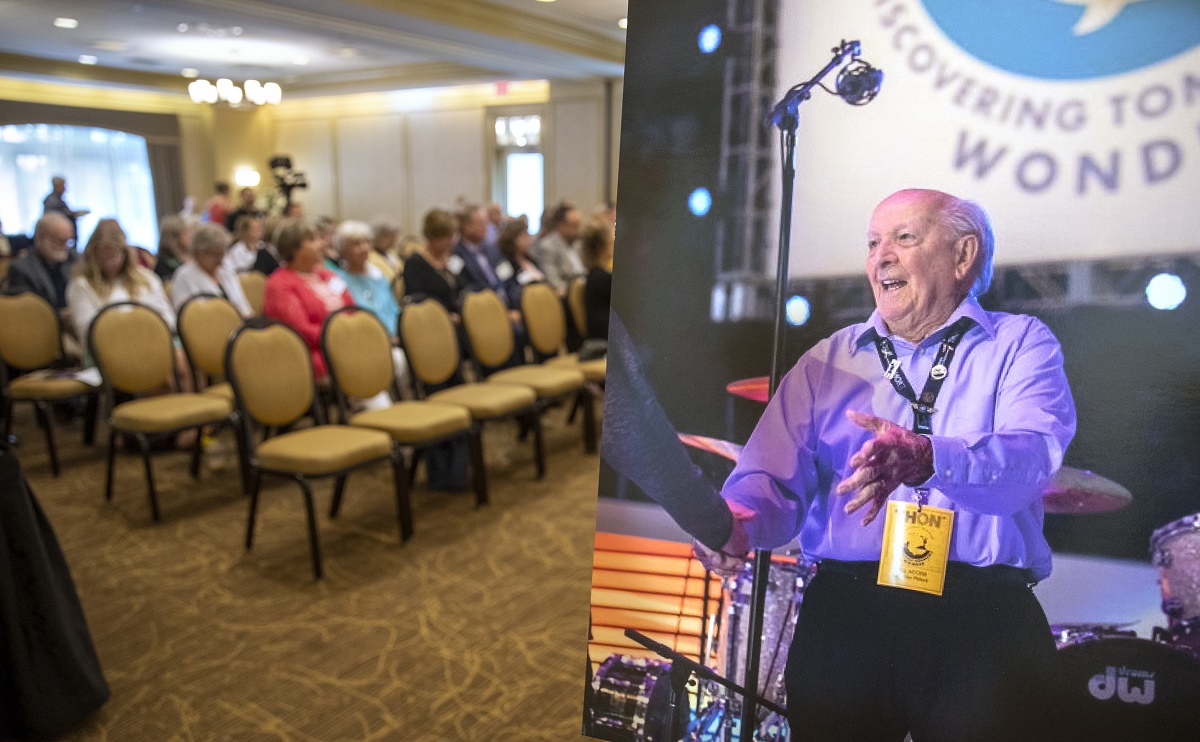 Friends and family celebrate the life of Charles Millard, co-founder of Four Diamonds.

“To laugh often and much; to win the respect of intelligent people and the affection of children; to earn the appreciation of honest critics and endure the betrayal of false friends; to appreciate beauty, to find the best in others; to leave the world a little better; whether by a healthy child, a garden patch or a redeemed social condition; to know even one life has breathed easier because you have lived. This is the meaning of success.”

Suzanne Graney, executive director of Four Diamonds, cited this quote by Ralph Waldo Emerson during a celebration of life service for Charles Lindbergh Millard, better known as Lindy to his family and friends. He died on Nov. 4, 2021, at the age of 93.

“Could there be a more perfect quote to sum up the life of Charles Millard?” Graney asked the crowd who gathered at the Hershey Lodge on Aug. 6 to honor Millard’s legacy. “Many lives have breathed easier because he has lived.”

Charles and his wife, Irma, co-founded Four Diamonds in 1972, following their son Christopher’s nearly three-year battle with cancer. Their intention was to help other families whose children were fighting cancer at what is now Penn State Health Children’s Hospital.

The name of Four Diamonds was taken from an essay that Chris Millard wrote shortly before his death at age 14. The story tells of a knight’s quest for four diamonds—courage, wisdom, honesty and strength—needed to overcome an evil sorceress and was symbolic of the characteristics Chris’ family believed were necessary in his cancer battle. In the story, it is thought that Charles was the inspiration for the diamond of honesty.

“Our kids knew that Charles was someone who honestly cared about them and the things they were going through,” said Bret Sidler, father of Eli who was diagnosed with Ewing sarcoma when he was 8 years old and died when he was 16. “As parents, we knew that he was one of us. He had paid the ultimate price of losing Chris, and then had the strength to go on and start this wonderful thing that has helped so many.”

“Everyone here knows that Four Diamonds frees families from the financial burden of countless tests, treatments, medications, surgeries and hospital stays,” Sue Sidler said. “But until you have been through it yourself, you cannot truly know what it means to not have to worry about that aspect of a pediatric cancer diagnosis. To be able to focus your energy on caring for your child and have the freedom to make medical decisions with your doctors based on what is best, not on what some insurance company deems appropriate.” 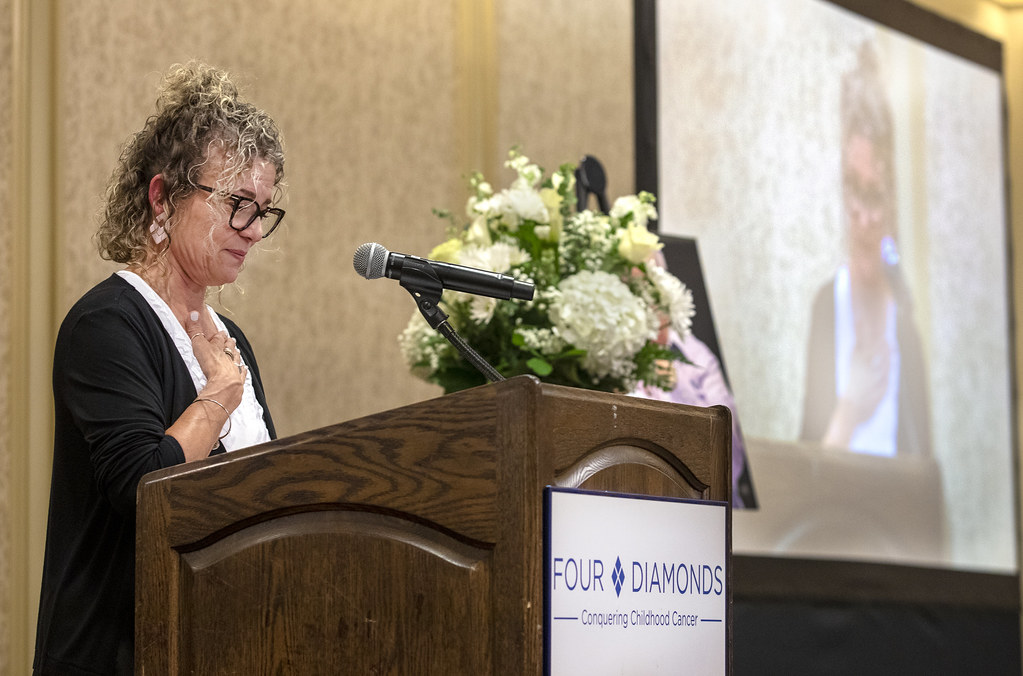 “From his greatest loss, he found his greatest joy,” said Charles’ daughter, Stacia Millard-Bird. “Over these last 50 years of Four Diamonds and THON, my dad found purpose and meaning. This was his way of celebrating Chris’ life and keeping his memory alive. Four Diamonds and THON not only gave him joy, it breathed life into him all the way to 93.”

Millard-Bird shared how much it meant to her dad to receive personal notes from families and THON students, who often described the positive effect being a part of THON and Mini-THONs had on them.

“In creating [Four Diamonds], Charles made the decision to remain in the very difficult world of childhood cancer,” Sue Sidler said. “He could have walked away, and no one would have blamed him. But instead he chose to stand as a support for many other families struggling through one of the worst times imaginable.”

Dr. Barbara Miller, former chief of the Division of Pediatric Hematology/Oncology and associate director for pediatrics at Penn State Cancer Institute, talked about a photo she received of a father holding a child. “I realized slowly that it was the father who was my patient when he was the same age as his son, who looked exactly like him. Lives in multiple generations have been affected by Four Diamonds.”

“Fortunately, due to the courage and work of the Millards, Four Diamonds contributions to pediatric cancer care and research may one day actually make the dream of curing all children with cancer a reality.”

Four Diamonds will mark its 50th anniversary on Dec. 17. While Charles will not be present that day, Stacia Millard-Bird said she still feels him close, silently encouraging and keeping a watchful eye.

“He is still here with us through Four Diamonds, through THON and Mini-THONs, through cancer research and with each patient ringing the bell at the end of their cancer treatment,” she said. “What an amazing legacy you have left us all, Dad. You can rest easy now. You are loved and always here in our hearts.”