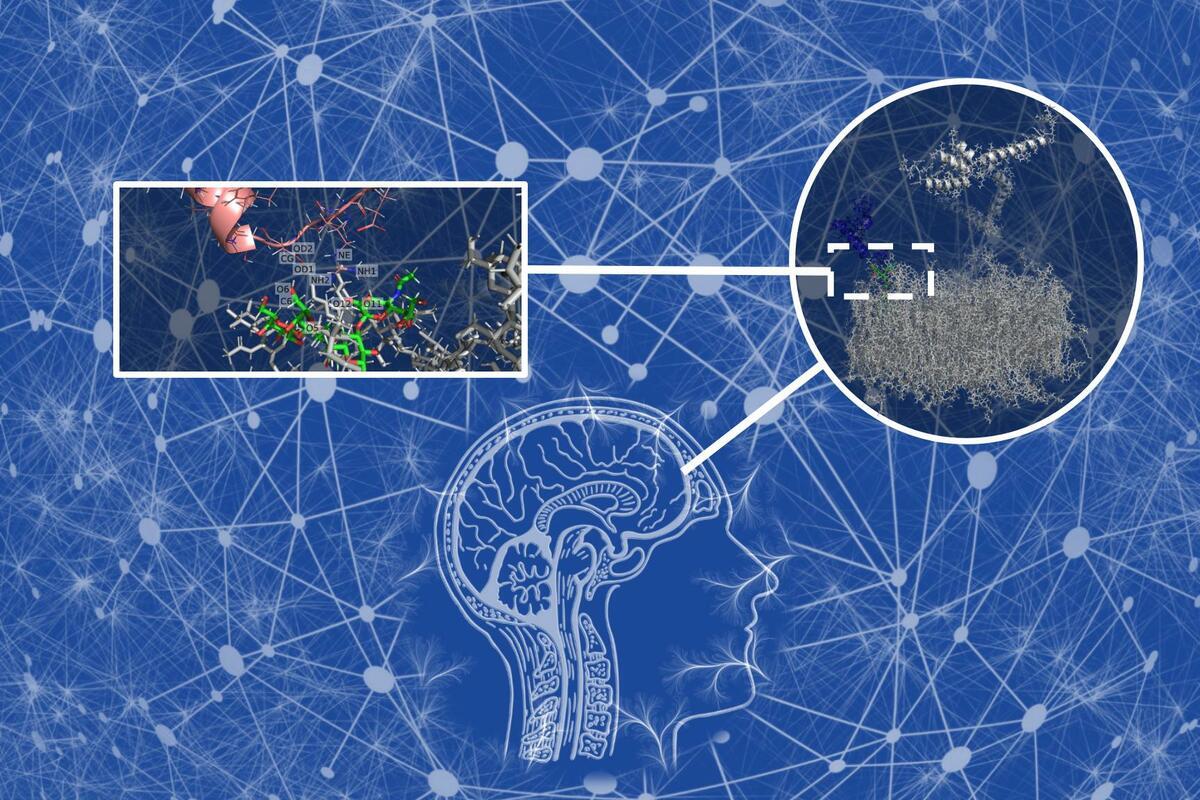 An illustration showing how monosialohexosylganglioside interacts with amyloid beta proteins to form toxic aggregates that can lead to the development of Alzheimer’s disease.

A lipid found in the membranes of neurons may play a fundamental role in the development and progression of Alzheimer’s disease, according to a study by Penn State College of Medicine researchers. Their findings provide possibilities for new approaches to pharmaceutical research on Alzheimer’s disease.

Alzheimer’s disease is a common neurodegenerative disorder, responsible for 60–70% of dementia cases. The economic burden associated with caring for nearly 50 million people worldwide with the condition is estimated in the hundreds of billions of dollars annually. Researchers are seeking to better understand how the disease forms and progresses so new therapeutics can be developed for treatment.

A research team led by Nikolay Dokholyan, G. Thomas Passananti Professor and vice chair for research in the Department of Pharmacology, investigated how monosialotetrahexosylganglioside (GM1) — a molecule found in cell membranes — contributes to the formation of toxic oligomers, or harmful protein clusters, consisting of a protein called amyloid beta (Aβ). This protein aggregation has been associated with the development and progression of Alzheimer’s disease.

“Cell membrane composition, especially GM1, has been known to play a role in the formation of these protein clusters,” said Dong Yan Zhang, first author of the study and postdoctoral scholar. “We set out to study the specific role GM1 plays in fibril formation and learned that GM1 not only promotes the formation of Aβ fibrils, but also facilitates the maintenance of Aβ oligomers on membranes.”

While the team has uncovered GM1’s role in the early formation of Aβ aggregation, they plan to do more research to understand the relationship between GM1 and aging, since most Alzheimer’s disease cases occur in elderly patients. They also plan to study whether there is a relationship between GM1 and Apolipoprotein E, especially its ε4 allele (APOE4), which is the strongest genetic risk factor for Alzheimer’s disease.