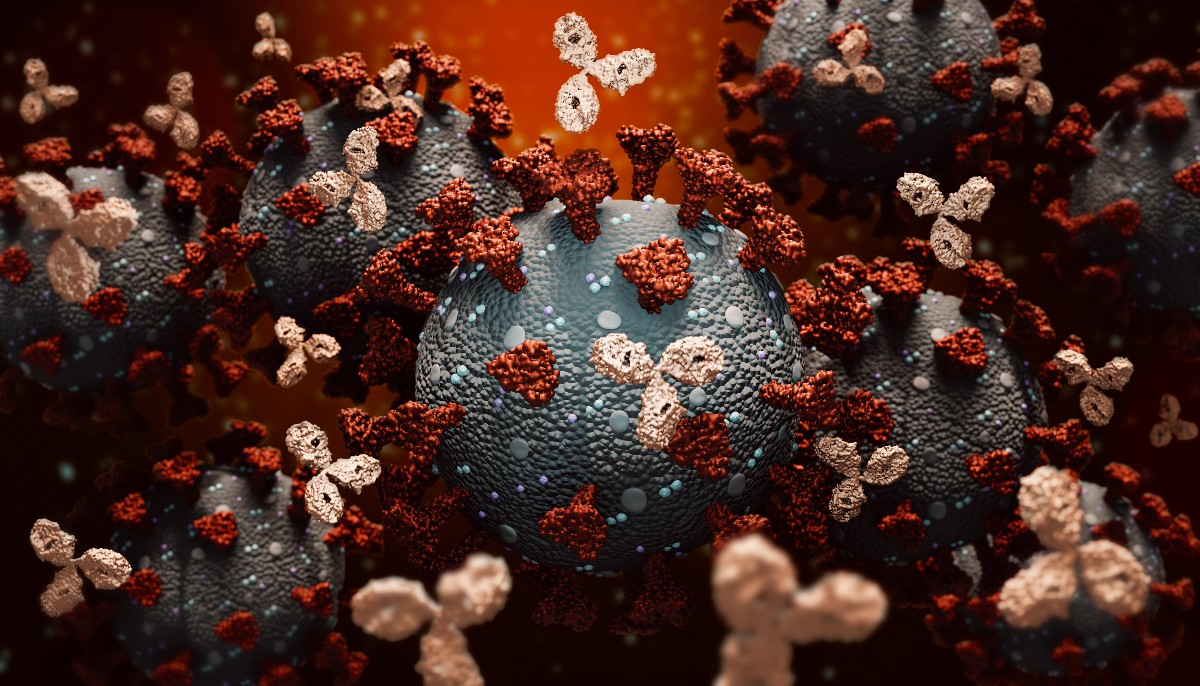 A vaccine design approach that could protect against new variants of SARS-CoV-2, the virus that causes COVID-19, but also potentially protects against other coronaviruses is one step closer to reality as a result of Penn State College of Medicine research. The scientists used areas of the SARS-CoV-2 virus that are less susceptible to mutation to engineer proteins called immunogens, which can elicit an immune response.

SARS-CoV-2’s surface spike protein—a major antibody target— allows the virus to enter host cells by engaging with a receptor called angiotensin-converting enzyme 2. Existing vaccines target the receptor binding domain (RBD) of the spike protein, but the susceptibility of RBD to mutations provides escape routes for the virus from neutralizing antibodies.

“Variants of concern continue to emerge due to the spike protein’s susceptibility to mutations,” said Nikolay Dokholyan, G. Thomas Passananti Professor and vice chair for research in the Department of Pharmacology. “We identified areas of the spike protein that are least likely to mutate and used that information to engineer new proteins, which could be used to develop a vaccine that protects more broadly against not only future COVID-19 variants but potentially other related coronaviruses.” 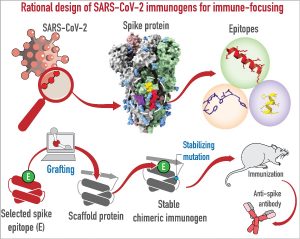 Penn State College of Medicine scientists engineered immunogens using areas of SARS-CoV-2’s spike protein that are less susceptible to mutations. These immunogens could someday be used as vaccine candidates in clinical trials.

Just weeks after the Centers for Disease Control and Prevention approved a new bivalent COVID-19 vaccine, the researchers published a study about the design and efficacy of their immunogens, which target the virus in a different way. Unlike current vaccines on the market, these immunogens are designed based on conserved regions of the spike protein, areas that are less susceptible to mutation.

The team designed the immunogens by using computational biology to identify three regions of the spike protein that remain conserved in millions of theoretical mutations that could occur. These areas, called epitopes, were then matched and grafted, or attached, to protein scaffolds, which provided stability to the epitopes while in solutions. The immunogens were then structurally optimized through various design modifications, including stabilizing mutations. Computer simulations were used to test the stability of the immunogens. Dokholyan has previously described this computational biology approach.

“Proteins are complex structures that are built to withstand a variety of physical and chemical challenges in nature,” said Yashavantha Vishweshwaraiah, postdoctoral scholar in the Department of Pharmacology and first author on the paper. “Epitopes, which are small fragments of the protein, are not stable on their own in solution, so they need to be grafted to a larger protein for stability. This is similar to how a flower (epitope) might need its stem (scaffold protein) to survive. The flower may be the part of the interest, but it’s not viable without the stem that offers structure and support.”

The team used recombinant expression, a technique where bacteria are given the genetic instructions to make proteins, to create the virtually designed immunogens. The proteins were then purified and studied in the lab to ensure they closely matched with their virtual counterparts. In the end, the researchers developed four stable immunogen designs which were used to immunize mice, who then produced antibodies against SARS-CoV-2. Each design produced antibodies to varying degrees, but one design, ED2, had a robust immune response.

Through further testing, the researchers found these antibodies bound to the SARS-CoV-2 spike protein. They also evaluated how well the ED2 immunogen bound to serum samples from human COVID-19 patients using specialized chemical tests they developed. They found that the antibodies in COVID-19 patient serum samples were able to bind to the ED2 immunogens, demonstrating that they might also be used for diagnostic applications. The methodology and results were published in the journal Advanced Functional Materials on Oct. 3.

According to researchers, further studies will be done to optimize the design and immune response of the immunogens. Once perfected, they could someday be used as vaccine candidates in clinical trials.

“Our methodology could be used not just for SARS-CoV-2 and other related viruses, but also for other clinically important pathogenic viruses,” said Vishweshwaraiah. “To our knowledge, we’re the first to design immunogens based on conserved regions of the SARS-CoV-2 spike protein. The designed immunogens show promising results and will plan to further optimize them.”

Brianna Hnath, Brendan Rackley, Jian Wang and Neil Christensen of Penn State College of Medicine; Abhinay Gontu, Suresh Kuchipudi and Neela Yennawar of Penn State Huck Institutes of the Life Sciences; and Morgan Chandler and Kirill Afonin of the University of North Carolina at Charlotte also contributed to this research. The researchers declare no conflicts of interest.

This research was supported by the Huck Institutes of the Life Sciences, the National Institutes of Health (grants 1R35 GM134864, 1RF1 AG071675, S10-OD028589-01 and R35GM139587) and the Passan Foundation. The content is solely the responsibility of the authors and does not necessarily represent the official views of the sponsors.