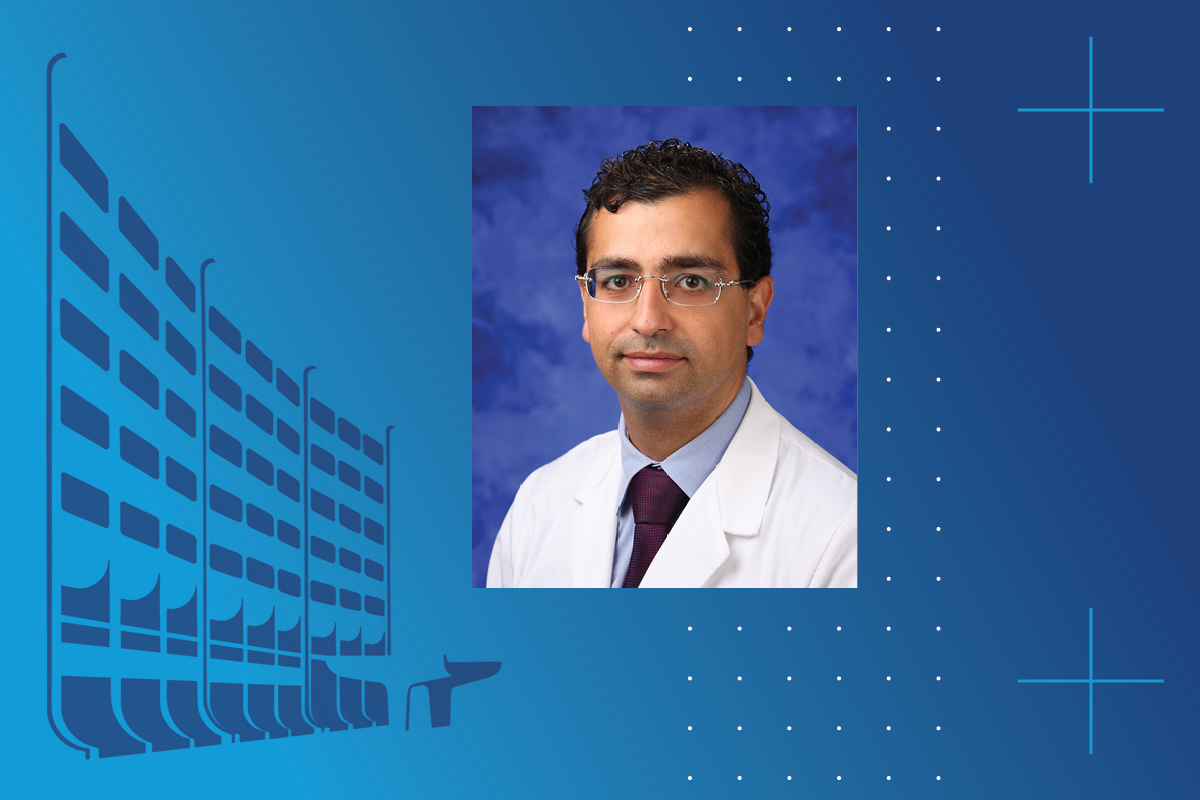 Nerve injuries — whether peripheral or central — are notoriously difficult to repair. Nerves have the ability to regenerate, but if the gap between them is significant, regeneration of axons over the long segment of the nerve cannot occur. The nerve scaffolds currently available for peripheral nerve injuries are often unable to bridge the gap far enough to allow for adequate nerve regeneration, making a full recovery from peripheral nerve injury a remote possibility for many patients. Penn State College of Medicine researchers are working to change that.

Elias Rizk, MD, division chief in the Department of Pediatric Neurosurgery at Penn State Health Milton S. Hershey Medical Center and associate professor of neurological surgery, has been collaborating with his peers for nearly two decades to create a better solution to nerve injuries. Today, with a five-year, $2.14 million grant from the NIH, they are getting closer to successfully repairing peripheral nerve damage with a new biodegradable nerve scaffold.

Citrate has been a building block for nerve scaffolds for years, but the scaffold Penn State researchers are working on is unique because it also uses folate, or folic acid, to improve nerve regeneration. “We’ve shown over several years now — more than a decade — that folic acid can induce regeneration and aid the growth of neurons, but really this is the first time that we were able to deploy a graft that uses folate combined with citric acid,” Rizk said, noting its effectiveness and safety in animal models.

As the graft breaks down, it slowly elutes folic acid to strengthen the ability of nerves to regenerate. “The folate itself regulates cell metabolism which in turn regulates stem cell differentiation to aid in tissue regeneration,” Rizk said.

Axons in peripheral nerves help transmit neural signals between the brain and the body, and Schwann cells help to form the myelin sheath around axons to better transmit nerve signals. Folate aids in Schwann cell migration, which is critical for nerve regeneration. The folic acid helps attract Schwann cells and other building blocks of the regeneration pathway and, at the same time, aids stem cells to fill in that critical gap caused by injury.

Taking folate orally doesn’t achieve the concentration required for nerve regeneration, and systemically, other areas of the body would have too much folate, which could suppress genetic alterations. To avoid discharging a large amount of folate at once, the researchers wanted a biodegradable, folate-eluting nerve scaffold that would deliver the right amount of folate over time. “We’ve shown that it is like a Goldilocks effect,” Rizk said. “It is better to have folate only where it is needed versus saturating the system and creating unwarranted effects on the rest of the body.”

At this time, the graft is being used in a simple peripheral nerve injury model, but Rizk is aiming for its potential use in brain and spinal cord injuries. “If we are able to move the needle even 1%, that could be a big difference for our patients,” he said.

Using a new monitoring tool, the team can also observe nerve regeneration in real time, which hasn’t been done before. Prior to this study, scientists had to rely on clinical response, which could take several months. Now in preclinical models, using photoacoustic imaging, researchers can measure oxygenation levels inside the graft and closely monitor how the materials degrade and the tissue regenerates.

“You’re getting a glimpse of the real-life changes as the regeneration is occurring into that graft,” Rizk said. “With this material, we can measure or quantify the regeneration in real time. We can also constantly check on the ability of nerves to grow, which is very helpful from a clinical standpoint.”

This discovery could eventually mean that patients would no longer have to wait six months or longer to find out if their graft was successful. By measuring its efficacy in real time, physicians can predict success or failure much more quickly and determine if another procedure is required to achieve surgical goals.

“This is really many, many, many years of a lot of work through many collaborators — not just in the U.S., but worldwide — and it started with a simple observation,” Rizk said. “We want to see it to fruition. It has potential to be a real game changer with treatments for patients in the future. We stand upon the shoulder of giants who have done a lot of things before us, and our job is to continue that mission and grow our abilities in the same way.”