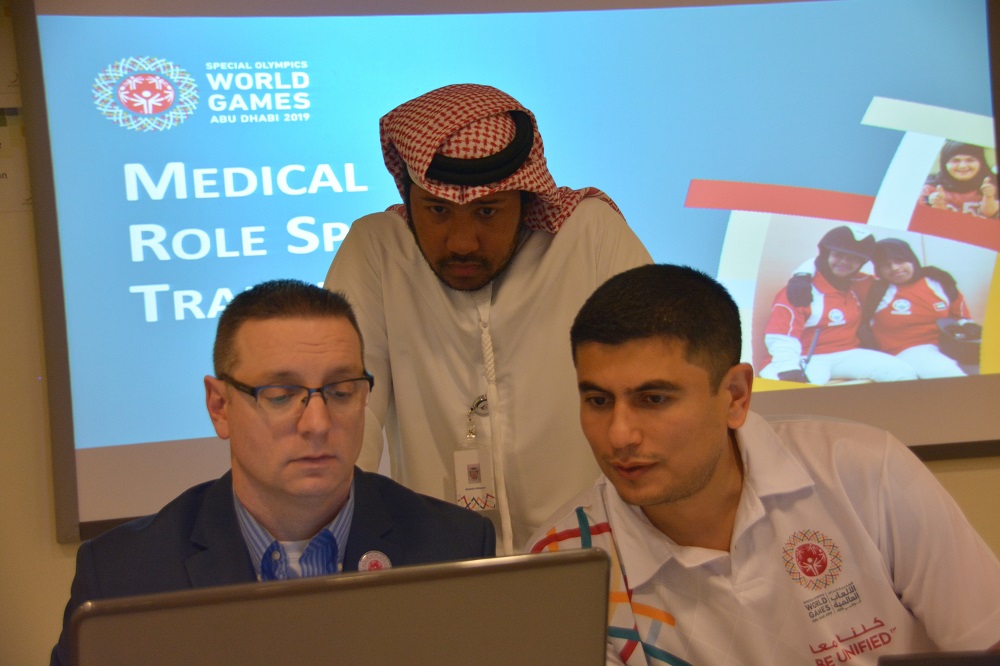 As team physician for Penn State’s football and softball teams, Dr. Peter Seidenberg is used to making on-the-spot medical calls – but none quite like the life-changing decisions he made as chief medical officer at the 2019 Special Olympics World Games last March.

“It was definitely an amazing experience,” said Seidenberg, a Penn State Health family and sports medicine physician in State College who has been lending his sports medicine expertise to Special Olympics for almost 20 years. In his latest post, he led a medical team responsible for more than half a million people, including 7,000 athletes from 194 countries, support staff, country delegations and spectators. 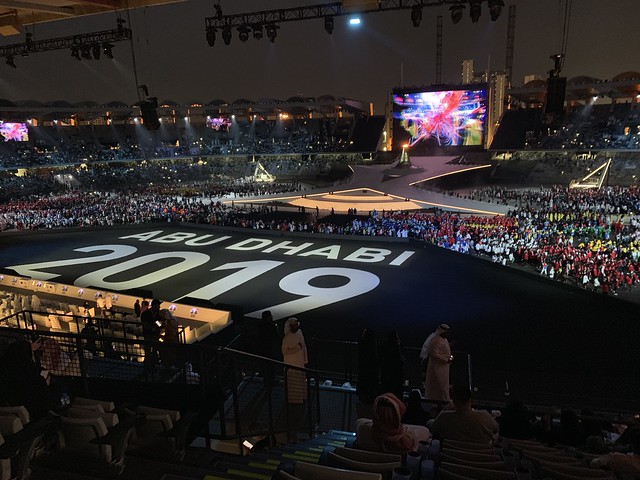 In addition to the typical bone and joint issues and injuries associated with Olympic games, Seidenberg helped teams with solutions for a variety of concerns and offered free health screenings to the athletes, ranging from podiatry to emotional well-being.

“Special Olympics is the true embodiment of sport,” Seidenberg said. “Nowhere else will you see an athlete trip while running a 400-meter race and other athletes stop to help her up, and then they all finish the race together. You see the true joy of the sport, and that’s refreshing.”

The chance to offer health care to such a medically underserved population is another reason for Seidenberg’s dedication.

During one screening, a female athlete from Mali had an eye exam that revealed signs of Marfan syndrome, a genetic disorder that affects the body’s connective tissue and often shows up in the eyes but can also cause severe heart complications. Seidenberg swiftly ordered a cardiac evaluation that found the athlete had a critical thoracic aortic aneurysm. He arranged for immediate, lifesaving open heart surgery.

“Without that surgery, she would have died before she left the country, or shortly thereafter,” Seidenberg said. “This is why you go into medicine – to help people, and this is a prime example of why I’m involved with Special Olympics. So many conditions go undiagnosed, and simple interventions can make a huge difference in these athletes’ lives.”

Another athlete from Senegal who hadn’t heard the voices of his friends or family in years visited the Special Olympics’ audiology station and received free hearing aids that left him sobbing with joy and gratitude.

Seidenberg first got involved with Special Olympics nearly 20 years ago while serving as sports medicine faculty for a family medicine residency at Eglin Air Force Base in Florida, and he continued working with local chapters as he moved around the country.

Officials had planned for all medical treatment to occur in the country’s state-of-the-art hospitals versus at the games, but this would have resulted in athletes with minor injuries and illnesses missing events and dropping out of competition. 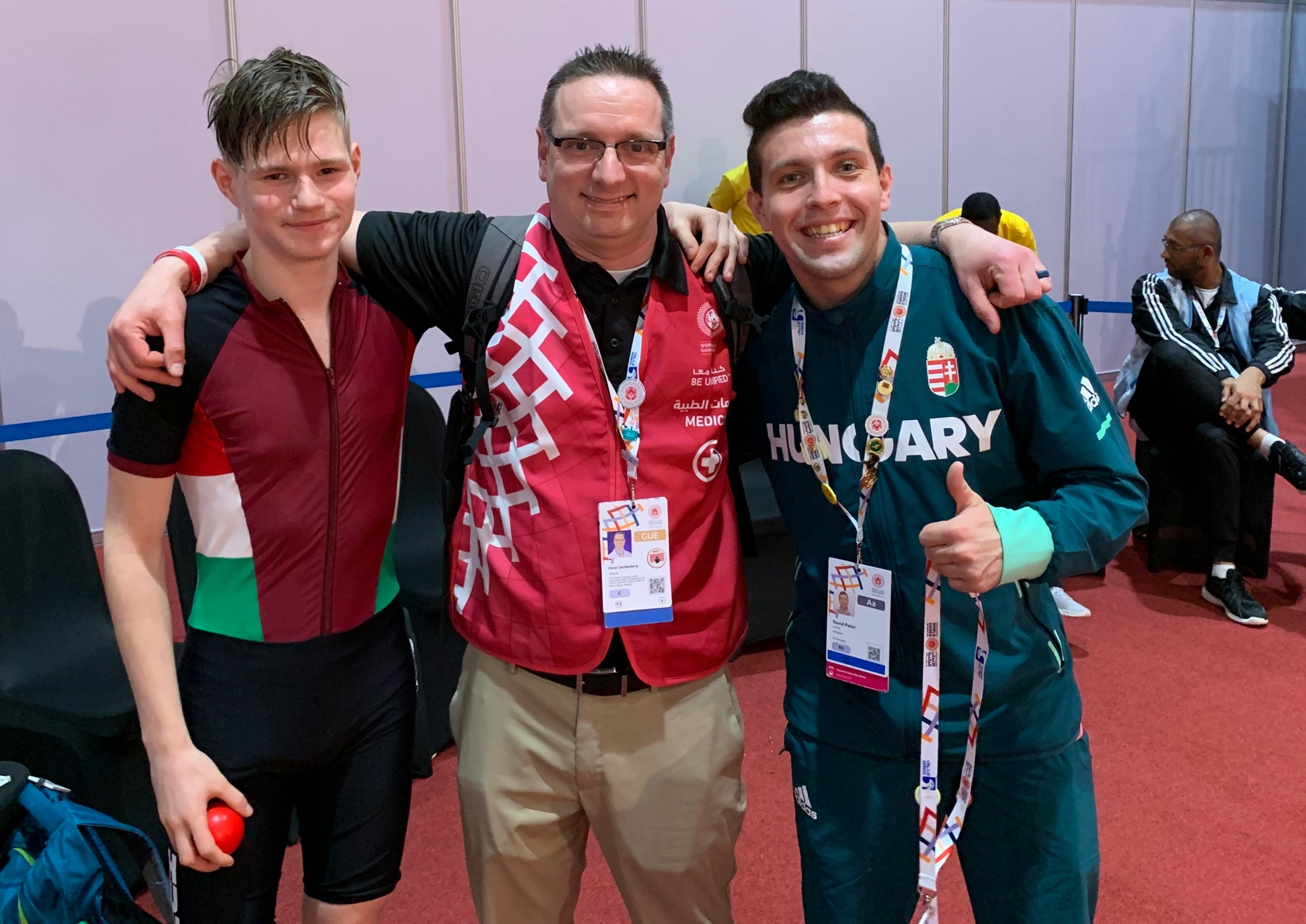 Dr. Peter Seidenberg pauses for a photo with two members of the Hungarian roller skating team after treating the athlete on the left for an injury.

“Representatives of the United Arab Emirates didn’t understand the concept of sideline triage, nor the role of an athletic trainer,” said Seidenberg, the only sports medicine expert working for the Games. Two days into the training, he was offered the role of chief medical officer at the 2019 Games.

“I was definitely honored, and I was happy to say yes, once I got the approval of my two bosses – my wife and the university,” Seidenberg said with a chuckle.

Four months before the Games, Seidenberg led weekly phone calls with the medical organizing committee to discuss resources and protocols with the 11 different health organizations in the Emirates. Seidenberg was responsible for training about 850 medical personnel on procedures for triage, treatment and return-to-play decisions after an athlete’s injury or illness.

Prior to and during the Games, Seidenberg visited the 10 event venues to ensure medical operations, protocols and emergency action plans were in place and medical supplies were delivered to on-site clinics.

“We had the support of the government and the United Arab Emirates’ royal family, who were extremely generous,” he said. “Whatever was needed was taken care of for the sake of the athletes and the Games.”

Case in point, a Rwandan soccer player with severe tumors in his eyes had lived with facial deformities and partial blindness before March 2019. Once he arrived at the Games, his optometrist requested to make special 3D printed glasses to help him while he competed.

Seidenberg was able to do one better: he got approval from the United Arab Emirates government to perform three separate surgeries on the young man.

“When I told him, he started crying,” said Seidenberg. “This young man had to travel for hours to go to school in a different town because the minister of health in his hometown told him he would scare the other children. He was socially isolated up to this point in his life.” 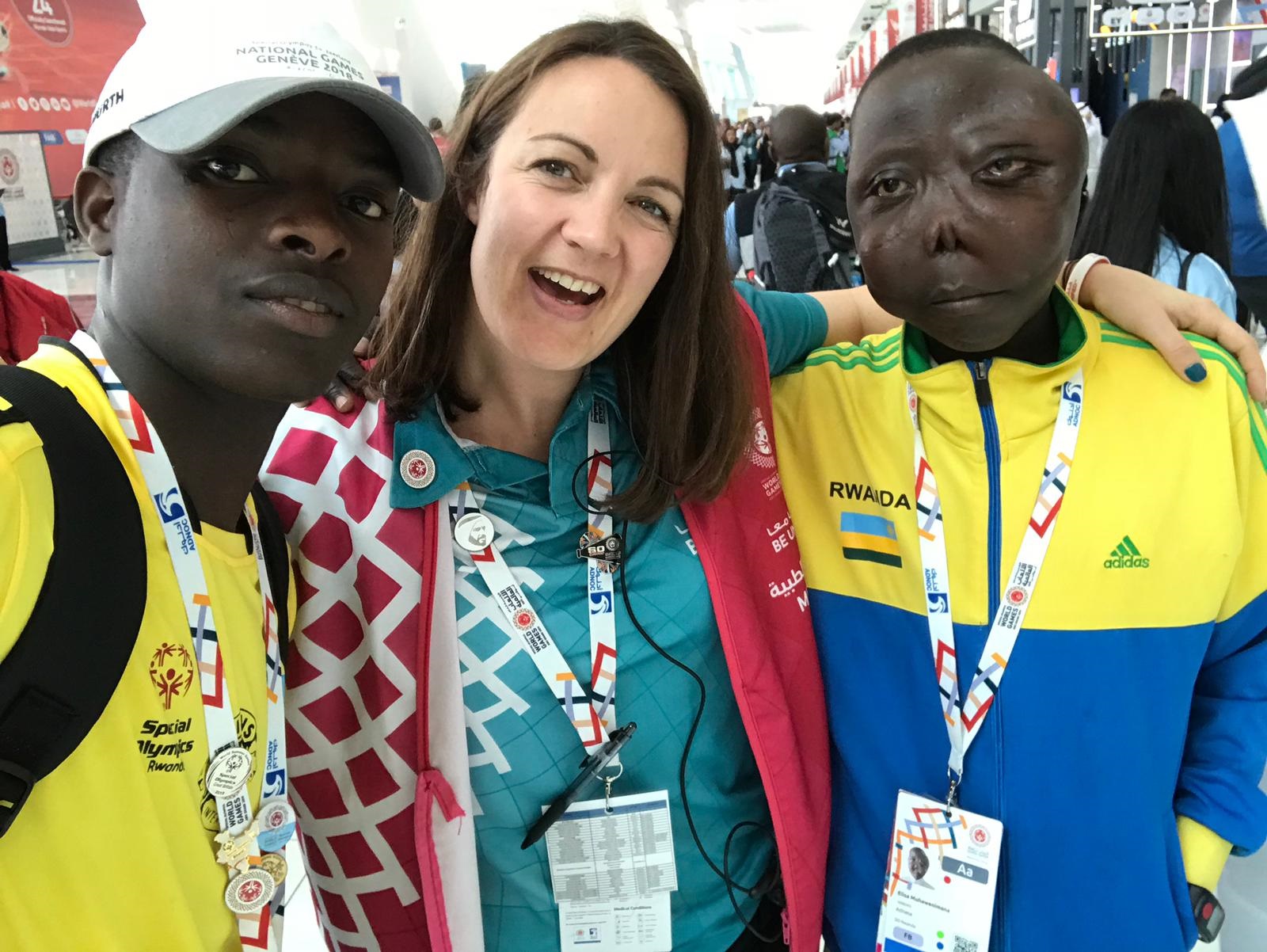 Seidenberg received permission to treat a Rwandan soccer player, right, for tumors that deformed his face.

Fittingly, during this year’s World Games, Seidenberg was one of only seven worldwide recipients of the Golisano Global Health Leadership Award, SOI’s highest honor for health partners. He received the award for his work to combat health disparities for people with intellectual disabilities.

As a member of the Special Olympics Global Medical Advisory Committee, Seidenberg will be involved in the 2021 World Winter Games in Sweden. In the meantime, as head of the sports medicine fellowship program at Penn State College of Medicine, he encourages fellows and family medicine residents to get involved with the competition.

Because like any good leader, Seidenberg seeks to inspire the next generation of doctors to carry the torch of excellent medical care to future Special Olympians.

“I want to expose as many of them as I can so that they become infected with the Special Olympics bug like I was and become involved for the rest of their lives,” Seidenberg said. “This is my real passion.” 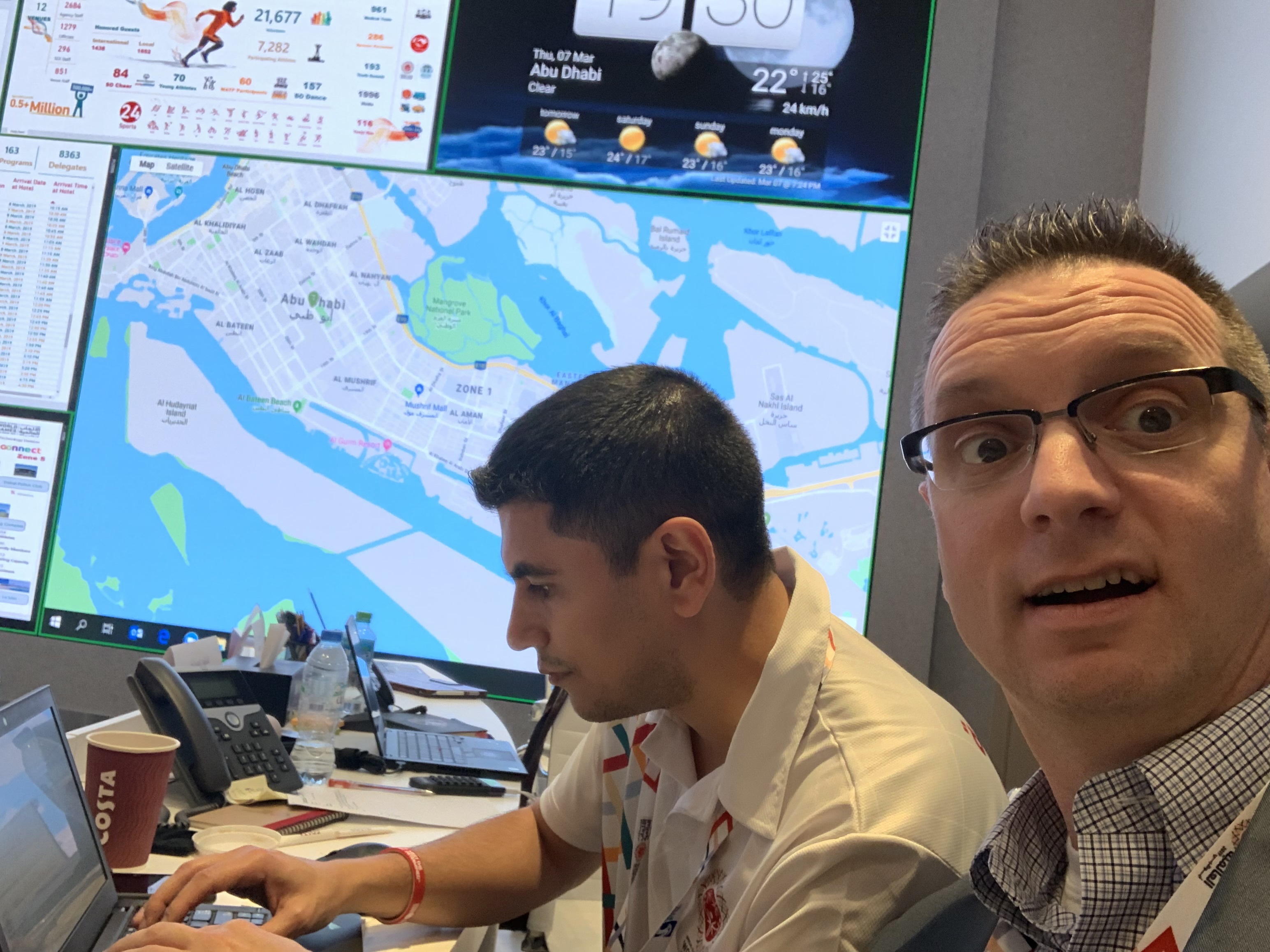