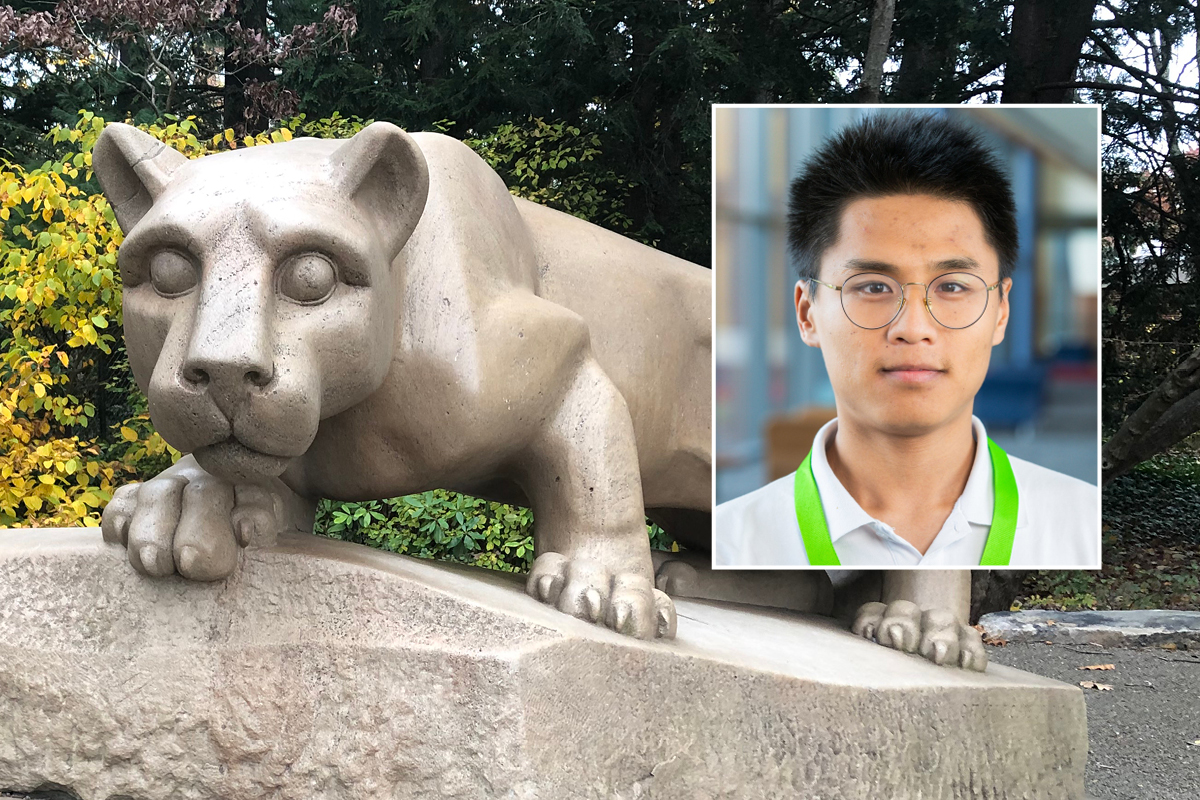 Chen Wang, a graduate student from Penn State’s PhD program in bioinformatics and genomics, has been selected by the American Society of Human Genetics as a predoctoral semifinalist for the 2021 Charles J. Epstein Trainee Awards for Excellence in Human Genetics Research.

The American Society of Human Genetics (ASHG) has selected Chen Wang, a graduate student from Penn State’s PhD program in bioinformatics and genomics, as a predoctoral semifinalist for the 2021 Charles J. Epstein Trainee Awards for Excellence in Human Genetics Research. Final awardees will be announced virtually during ASHG’s 71st Annual Meeting, Oct. 18-22.

Wang was selected out of a pool of more than 500 applicants for the prestigious award that recognizes innovations in research. This marks the seventh time that a Penn State student has been nominated for this award.

Before this year’s event, the field of 60 semifinalists will be narrowed down to 18. Each will present their research during the virtual meeting. A panel of judges will select six winners, and they will receive cash awards. Named after the late ASHG president, the Epstein Trainee Awards total $70,000.

For his research, Wang developed a method — Replicability Assessment in Trans-Ethnic Studies (RATES) — for assessing the reproducibility of discoveries in large-scale human genetic studies of diverse ancestries. This method is critical in addressing the reproducibility crisis in the field of biomedical research, where it is difficult to reproduce research results from experiments and have them confirmed by others. The inability to reproduce results can mislead subsequent studies and waste research dollars.

When it comes to confirming the validity of a genetic study, the gold standard is to validate it in an independent dataset of comparable size where the discovery was first made. Currently, most genetic studies focus on samples of European ancestry. As genetic studies begin to involve non-Caucasian samples, finding a sufficient number of samples from minority populations can be challenging.

Wang addresses these challenges using an advanced statistical method that effectively handles the diversity of datasets and rigorously assigns a probability measuring how likely the discovery is to be successfully replicated in an independent dataset. With a sample of 3.4 million individuals, he applied the RATES method to the largest, most diverse genetic study of smoking and drinking behaviors to date. Not only does this work promote the diversity of human genetic research, but also sheds light on health disparities related to addiction behaviors.

“Validating findings from multi-ethnic genetic studies is crucial, but challenging,” said Wang, a researcher from Penn State Huck Institutes of the Life Sciences and Dajiang Liu’s lab. “Our RATES method provides a principled strategy to help resolve this issue without requiring a replication sample, which is critical for genetic research involving diverse human populations.”

The predecessor of the RATES method, Meta-analysis Model-based analysis of replicability (MAMBA), was published in Nature Communications earlier this year, and was developed for genetic studies of European populations. The MAMBA method has been applied to high-impact research projects in addiction and COVID-19.

“The RATES method has the potential to become a state-of-the-art method for assessing replicability in genetic studies of diverse human populations,” said Liu, associate professor of public health sciences and biochemistry and molecular biology at Penn State College of Medicine.