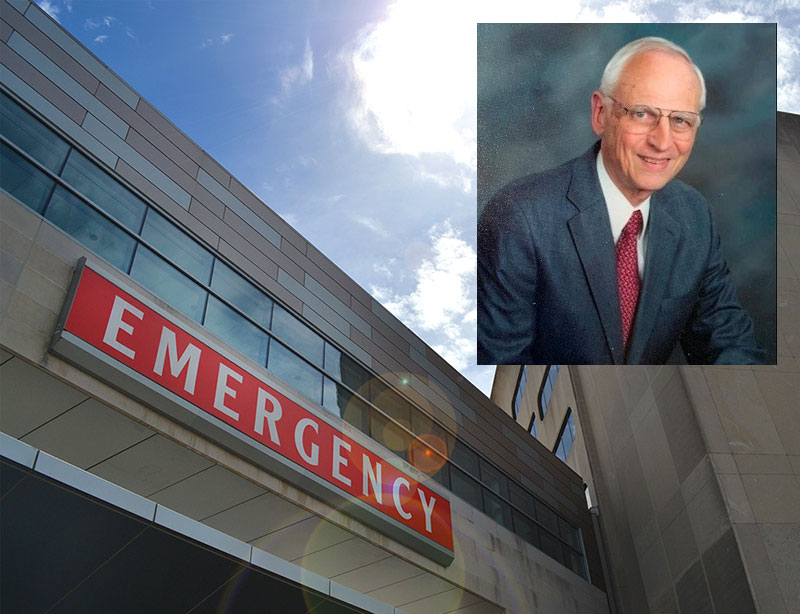 Dr. Herbert Arnold Muller was the founding chief of what was then the Division of Emergency Medicine at Hershey Medical Center in the 1970s.

Dr. Herbert Arnold Muller died April 29, 2020, in Hershey. He was the founding chief of what was then the Division of Emergency Medicine at Penn State Health Milton S. Hershey Medical Center.

After serving in the U.S. Air Force and opening a private practice in Carlisle, Muller moved to Hershey in 1973, where he worked tirelessly to establish the framework for the emergency department at Hershey Medical Center while balancing instructor responsibilities. He was the first emergency physician and founding chief of the Division of Emergency Medicine at the medical center.

In 1979, Gov. Dick Thornburgh appointed Muller Secretary of Health for the Commonwealth of Pennsylvania, a position he held until 1987. He served as chief of staff at the Lebanon VA Medical Center from 1987 to 2003. Considered one of the founding fathers of emergency medicine, he campaigned to have the practice officially recognized as a specialty, which it was in 1979. Muller also served as president of the American College of Emergency Physicians from 1982 to 1983.

Muller is survived by his wife of 64 years, Anne, and five children.