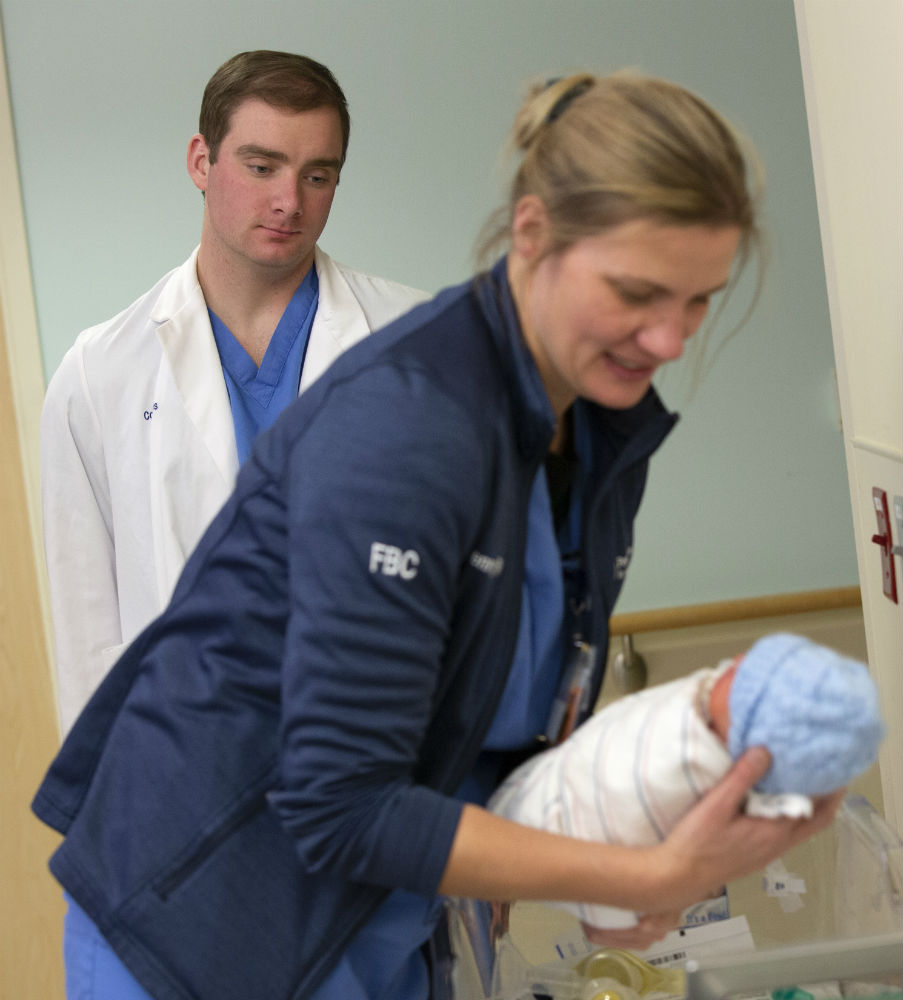 Colin Hayes looks on as Jenny Meincke, a registered nurse at Penn State Health St. Joseph Medical Center, tends to a newborn during Hayes’ overnight rotation at the birthing center.

Colin Hayes is not your typical medical student. He’s known since before he arrived at Penn State College of Medicine that he wanted to go into pediatric oncology.

He found his calling as a patient on the other side of campus at Penn State Health Children’s Hospital. Colin’s journey to becoming a doctor started with a diagnosis.

While lifting weights in preparation for the upcoming football season, Colin – a budding sophomore at Boiling Springs High School – felt pain in his left ribs. Thinking it was a muscle issue, he cut back on weightlifting. In May 2011 during baseball season, the pain returned – this time with a noticeable lump protruding from his rib cage.

Hayes had an X-ray, CT scan and various other tests before a pediatric oncologist at Penn State Health Milton S. Hershey Medical Center gave him staggering news: It was a rare type of bone cancer called Ewing’s sarcoma.

The Hayes family was changed forever.

“I didn’t sleep at all the night after we learned of his condition,” Sharon Hayes, his mother, said. “I was panicked and couldn’t believe it was true.”

The questions poured into her mind: How can my family get through this? What’s going to happen to my son? How will we afford these treatments? What if I have to leave my job?

Then two moments eased her worries. The first came the morning after her sleepless night. Colin came down the stairs and told her, “‘Mom, it doesn’t matter what we have to do, we’re going to do it,’” Sharon said. “Those words from my brave 15-year old made the difference and as a family, we didn’t look back from that moment.”

Point at the image below to reveal slideshow controls. 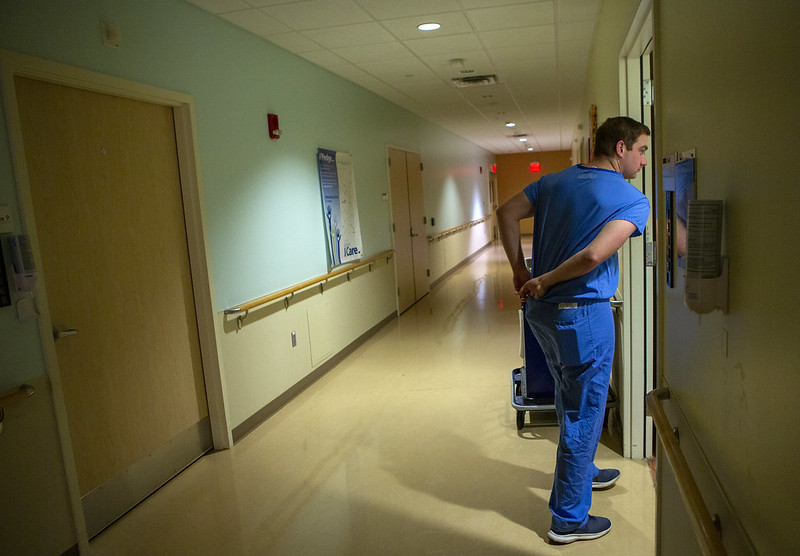 The second wave of reassurance came when a Four Diamonds social worker asked her to fill out an application for support. Sharon was astonished when the social worker told her she would never see a medical bill. She began to feel that with the support of Four Diamonds and Colin’s determination, maybe her family could get through this after all.

As Colin neared the end of 10 months of treatments – which included a surgery to remove three of his ribs – the Hayes family made plans to attend their first THON. The annual event in University Park brings together organizations from across the Penn State community who compile a year’s worth of fundraising efforts for pediatric cancer and reveal the total donated after a 46-hour dance marathon.

“Your first THON experience is unlike any other,” Colin said. “Between the families who are sharing their stories, to the remembrance of Four Diamonds kids who’ve lost their battle, to the roaring cheers of students and supporters encouraging dancers to keep going, it’s absolutely indescribable.”

On the ride home, an exhausted Colin, who admitted he danced longer than he should have, told his parents he wanted to go to Penn State so he could give back to THON. He wanted to tell those who raised money what they’d done for him and his family.

During his senior year at Penn State, Colin and his roommate formed their own team and successfully raised approximately $16,000 for Four Diamonds.

Colin’s dream of giving back didn’t stop at THON. He declared a biology major and was later accepted into the College of Medicine, where he had the opportunity to learn from those who had previously treated him. As he continues to pursue a career as a pediatric oncologist, he remembers the one thing that started it all – his diagnosis.

Colin says his fight against cancer wouldn’t have been possible without the support of Four Diamonds. From picking up medical bills to providing access to clinical research trials, setting up home care and giving his parents gas cards and meal vouchers to cover their commuting costs, they helped the Hayes family make it through.

People may not always know where their donation to Four Diamonds goes, Sharon said, but that money can impact Four Diamonds families in ways donors may never realize.

“My family and I will always be grateful for the help Four Diamonds gave us,” Colin said. “With their support, I was able to fight my disease, which set me on the path to become a doctor and help other kids through their cancer journey.” 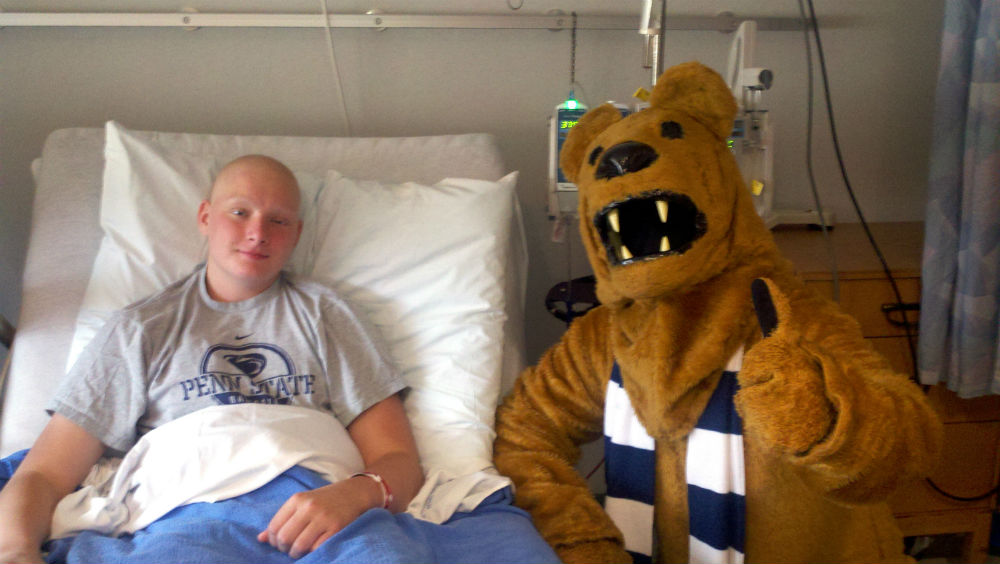 Catching up with Dr. Inginia Genao