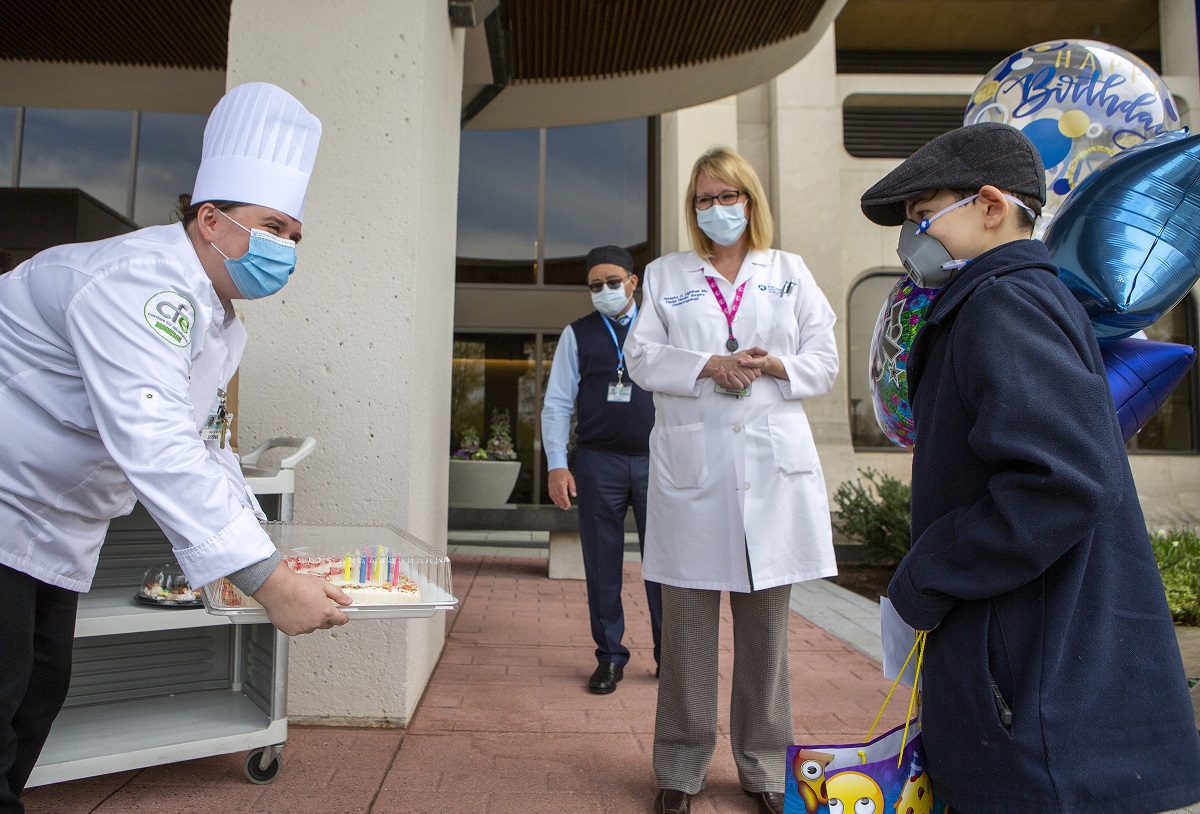 Chef Nacole Klopp, left, shows 12-year-old Justin Skirzenski his birthday cake as he arrives with N95 masks that he created with his 3D printer.

Justin Skirzenski climbed out of his parents’ car next to an entrance to Penn State Health Milton S. Hershey Medical Center holding a gift bag.

Thursday was Justin’s 12th birthday, but he wasn’t accepting a gift. Instead, he was giving one to a gaggle of people in protective gear gathered by front door – 22 surgical masks he’d made himself with a 3D printer.

When his mother, Jennifer, suggested leaving them at a drop-off box at Penn State Health’s headquarters nearby, the boy looked disappointed.

“He wanted to drop them off in person,” Jennifer said. “It was his birthday wish.”

Justin had a lot riding on his masks.

A shy smile peeked from beneath the edges of his own gray, plastic mask as he stepped forward to present his gift to Justin Kemp, manager of supply and logistics at the Milton S. Hershey Medical Center. His mother wore a similar protective device, but hers was covered in painted flowers. She painted the flowers herself. (“Everybody’s mask at the grocery store looked so boring,” she explained.)

Justin found the pattern for the masks on a website and added his own decorations. Some of the masks he gave were blue and white with Nittany Lions on the front. He got his printer a few months ago as a Christmas gift.

He first used a 3D printer in a tech class at Palmyra Middle School. His first project was to create a red keychain with his initials on it. It was fun, and he enjoyed it so much his parents decided to give him his own. Soon he was crafting figurines and tchotchkes for his room using filament his parents bought for him online. Justin has always been fascinated with science. A Space Camp alumnus, he aspires to be an aerospace engineer for NASA, and help to design spacecraft.

When the COVID-19 pandemic swept through, Justin’s grandfather had a suggestion ― Why not use the printer to make medical gear?

Good idea, Justin thought, and started in on his research.

On his birthday, a dozen Medical Center members met him at the door. They sang “Happy Birthday.” Food Services staff made him a cake, and they handed his mother a bag of items to help get through the quarantine. Like everyone else, the Skirzenskis are living their new normal at home, practicing social distancing and washing their hands.

So why come out to a hospital to celebrate your birthday?

For the Skirzenskis, it was the best time to give back. Exactly 12 years ago, Jennifer gave birth to a baby boy. An hour later, Justin was struggling to survive. At a hospital near their then-home in New Jersey, doctors told the bewildered family that the boy was born with three heart defects.

Doctors saved his life. And now, in addition to being a Penn State Health donor, Justin is a patient at a Penn State Children’s Heart Group on Nyes Road in Harrisburg.

Justin’s smile didn’t disappear as the family drove away. “I was not expecting that,” his mother later quoted him as saying. “I thought there were going to be two people there, and I was just going to give them the masks!”

“It’s something he will never forget,” Jennifer said. 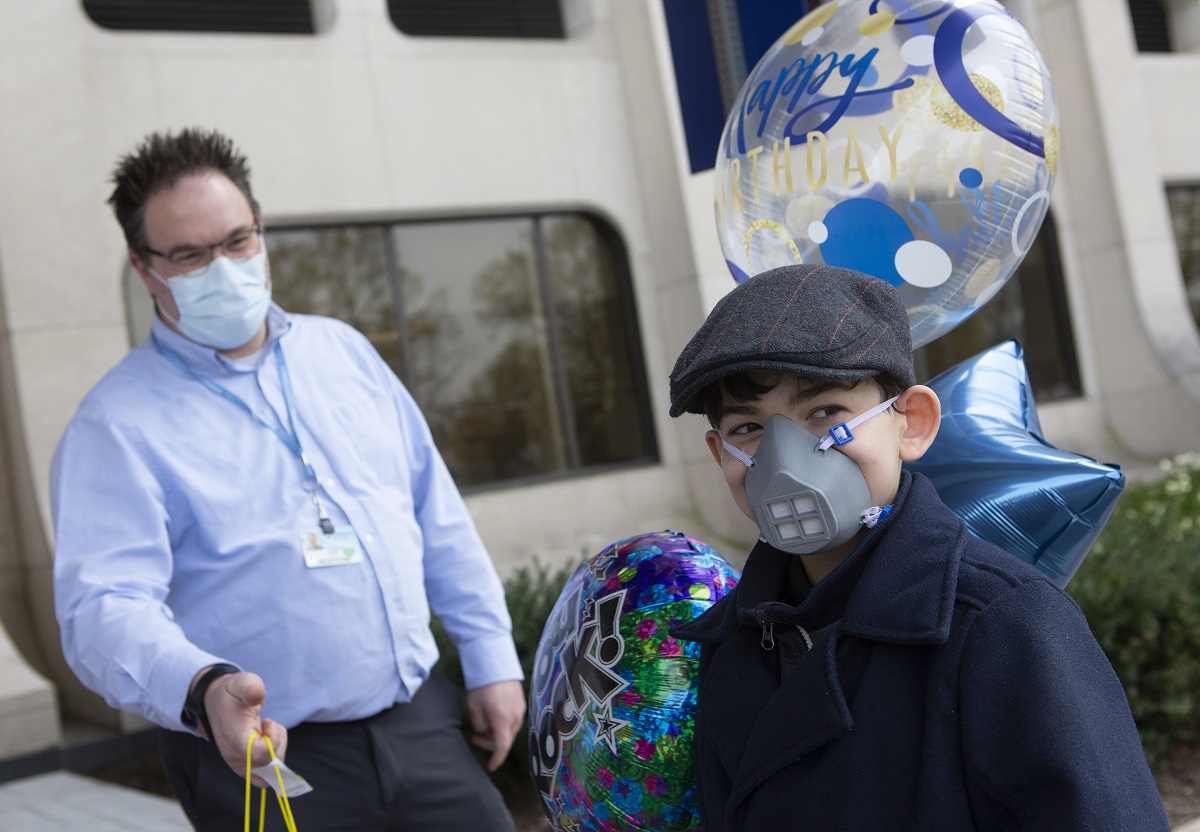 Justin Skirzenski, 12, is all smiles as staff sing “Happy Birthday” to him.