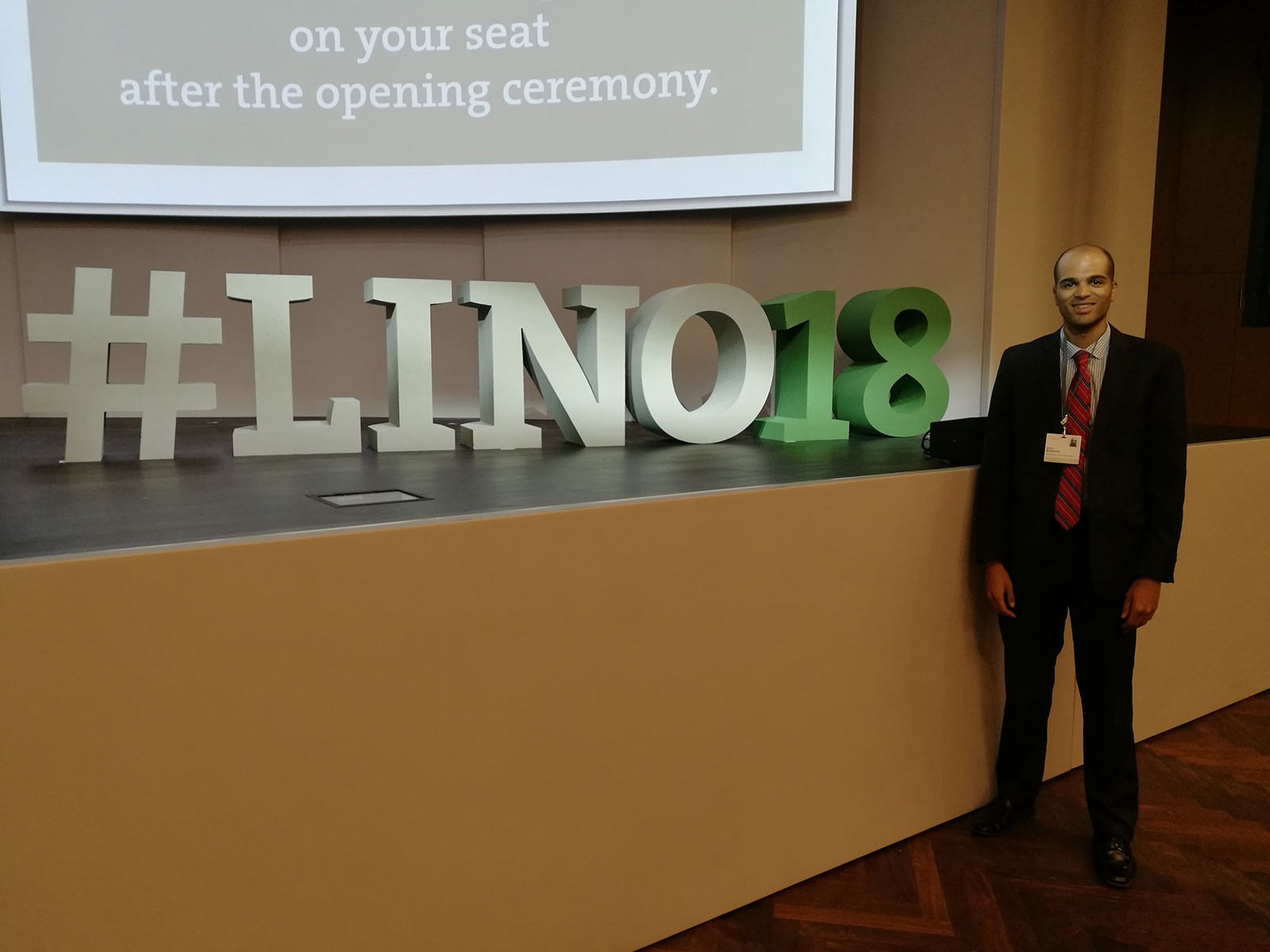 Ask the right questions. Surround yourself with the right people. Work extremely hard.

Those are the three lessons that Penn State College of Medicine graduate student Robert Nwokonko says he learned from his rare chance to meet with some of the world's most lauded scientists and researchers.

“It was really awesome,” said Nwokonko, who is a fourth-year biomedical sciences PhD student. “This was my third time traveling to Europe for a conference, and this was by far the best one.”

Nwokonko traveled to Lindau, Germany, for the 68th Lindau Nobel Laureate Meeting, held June 24 to 29, 2018. He was among 600 students, doctoral candidates and postdoctoral researchers under the age of 35 competitively selected for the opportunity.

This year's meeting, which was dedicated to physiology and medicine, marked the largest group of Nobel Laureates ever assembled at a medicine meeting. It also featured the most diverse set of participants with 84 countries represented, according to meeting organizers.

“It was really inspiring to hear stories of how the Nobel Laureates discovered the research they were honored for — all of them started off basically like us, and then they just got extremely lucky,” said Nwokonko.

The key to their success lay in excellent scientific leadership of their research groups — knowing how to manage differences in perspectives while preserving the end goal, Nwokonko said.

Nwokonko is studying calcium signaling in cells under the direction of Donald Gill, PhD, professor and chair of the Department of Cellular and Molecular Physiology at the College of Medicine. These signals are critical for the proper functioning of many cell types such as immune cells, muscles and neurons.

Nwokonko was most excited about meeting Nobel Laureate Martin Chalfie, who discovered tools to look into the cellular pathway that he is currently studying — and he was not disappointed. “He was really outgoing and easy to talk to,” Nwokonko said.

As cool as it was to be in the company of scientific research giants, Nwokonko said the best part of the trip was talking with other students at the same stage of their graduate studies.

“In the train station in Zurich, I overheard two people talking, and it turned out they were students from Rockefeller University in New York who were going to the conference,” he said. “We took the train together from Zurich to Lindau.”

More than 130 academic academies, universities and foundations worldwide nominated candidates for participation. Nwokonko was first selected as the representative from the College of Medicine and then chosen by the Graduate School of Penn State University to represent the school in the selection competition for the Lindau meeting.