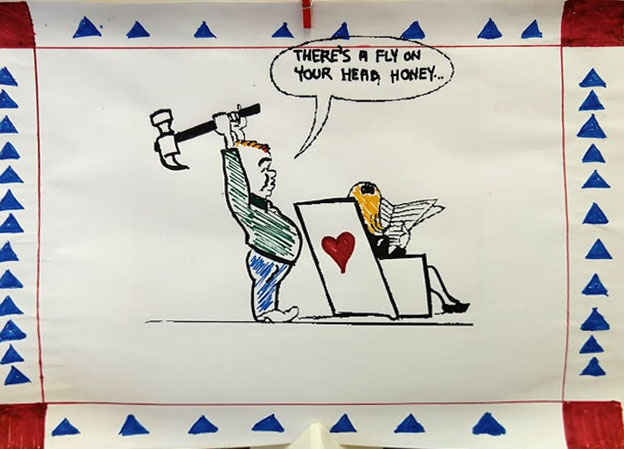 This depiction of the psychological defense mechanism of rationalization, by Tuna Hasoglu and Nuzhat Hussain, received the most votes (103) in a recent fundraiser for Bethesda Mission.

Residents, fellows and interns from the Department of Psychiatry at Penn State Health Milton S. Hershey Medical Center volunteer, in their free time, at the LionCare clinic operating at the Bethesda Mission in Harrisburg, providing no-cost medical and mental health services to underserved populations. In the interest of providing additional support for this service, the Psychiatry Residency, Child and Adolescent Psychiatry Fellowship and Psychology Internship training programs participated in a combined community service project and trainee wellness event to raise funds for Bethesda Mission.

Trainees, paired in teams of two, competed to artistically depict a psychological defense mechanism. A defense mechanism is a mental process, like repression or projection, initiated, typically unconsciouly, to avoid conscious conflict or anxiety.

The art based on those defense mechanisms was displayed for voting; each vote cost $1, and all money raised was donated to the Mission. At the end of voting, the creators of the entry with the most votes received an extra half-day of continuing medical education time to use in the current academic year. The favorite entry, seen above, was by Tuna Hasoglu and Nuzhat Hussain, who depicted rationalization.

In addition, one person who voted for the winning entry was randomly chosen to receive a $5 meal voucher, courtesy of the Psychiatry Department, for use in any Medical Center eating establishment. That winner was Dr. Chris Petersen.

The effort raised a total of $309 for the clinic. The runners-up appear below.

This depiction of the defense mechanism of intellectualization was created by Rabia Salman and Maryan Zulfiqar and received 101 votes. 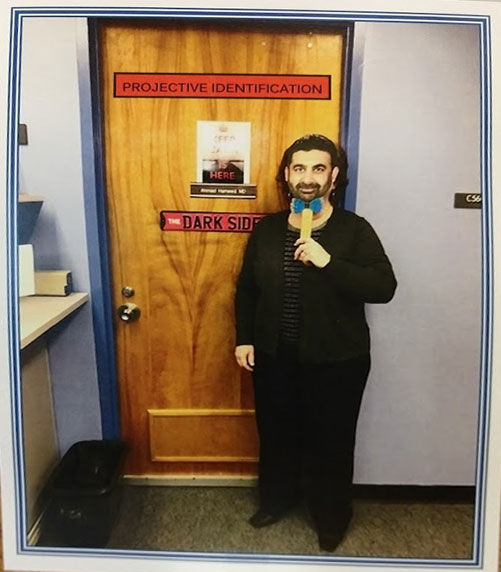 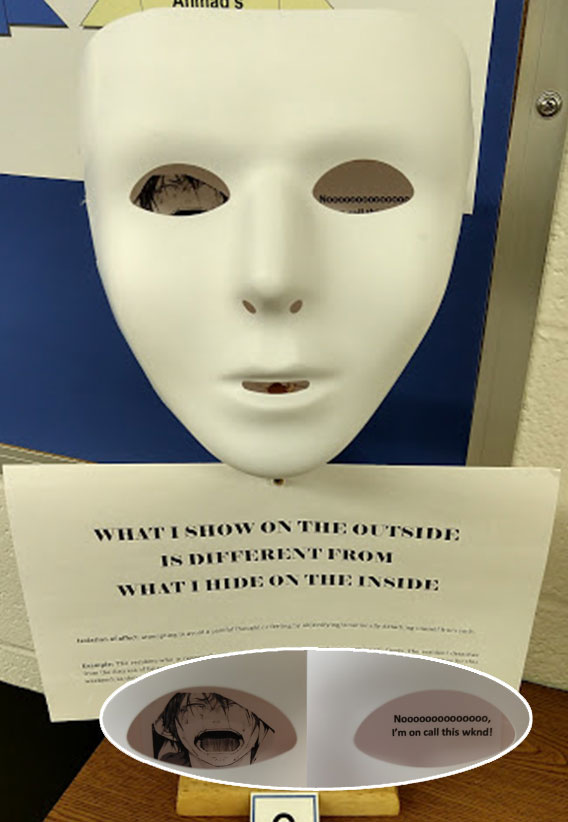 This depiction of the isolation of affect psychological defense mechanism by Sean Nutting and Shehzad Siddique received 29 votes.

COVID-19 and the emergency department: When preparation becomes reality