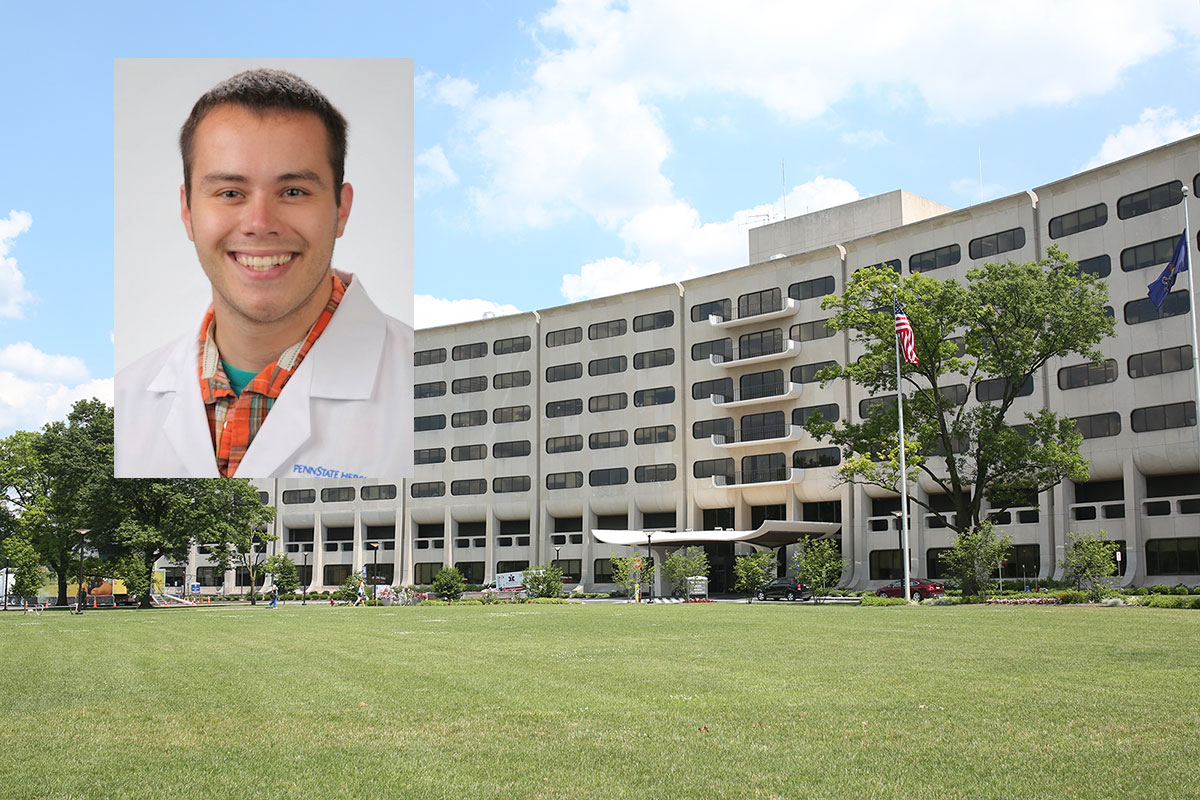 Work by Scott Tucker, PhD, a third-year medical student in Penn State College of Medicine’s MD/PhD Medical Scientist Training Program, was featured on the cover of the November 2019 Journal of Orthopaedic Research. 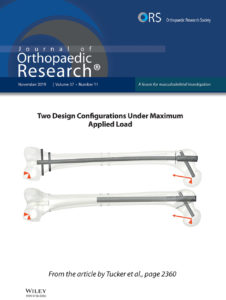 Work by third-year MD student Scott Tucker, PhD, who is part of the MD/PhD Medical Scientist Training Program at Penn State College of Medicine, was recently featured on a journal cover.

In it, the team modeled a range of design variables related to the implants and nails used to repair proximal femur fractures, a common type of hip fracture, and explored their effects on motion and stability. Their work was designed to aid in surgical decision‐making in hip fracture fixation.

In addition to that work, Tucker has been advancing an anatomically inspired design for total wrist arthroplasty, consisting of a three-component system that provides superior stability against dislocation to enable patients to maintain freedom of motion and provides an alternative to total wrist fixation.

He and collaborator Shane Rothermel, an orthopaedics resident at Penn State Health, were able to share their total wrist arthroplasty work at the 2019 Invent Penn State Venture and IP Conference Tech Tournament in October 2019. Read more about that event here. The two took part in Penn State I-Corps Innovations Training in early 2019 to help develop their idea.

Originally from Holland, N.Y., Tucker now lives in Elizabethtown with his wife and daughter. He earned his bachelor’s degree in biomedical engineering from Cornell in 2010 and is the first MD/PhD student at Penn State College of Medicine to receive a PhD in Engineering Science and Mechanics.

When Tucker graduates with his MD degree in 2021, he will be the first student to graduate with this combination of Penn State degrees.