‘The best me I can be’: Thrive Fit Fest reaches hundreds, helps Culpepper on road to fitness 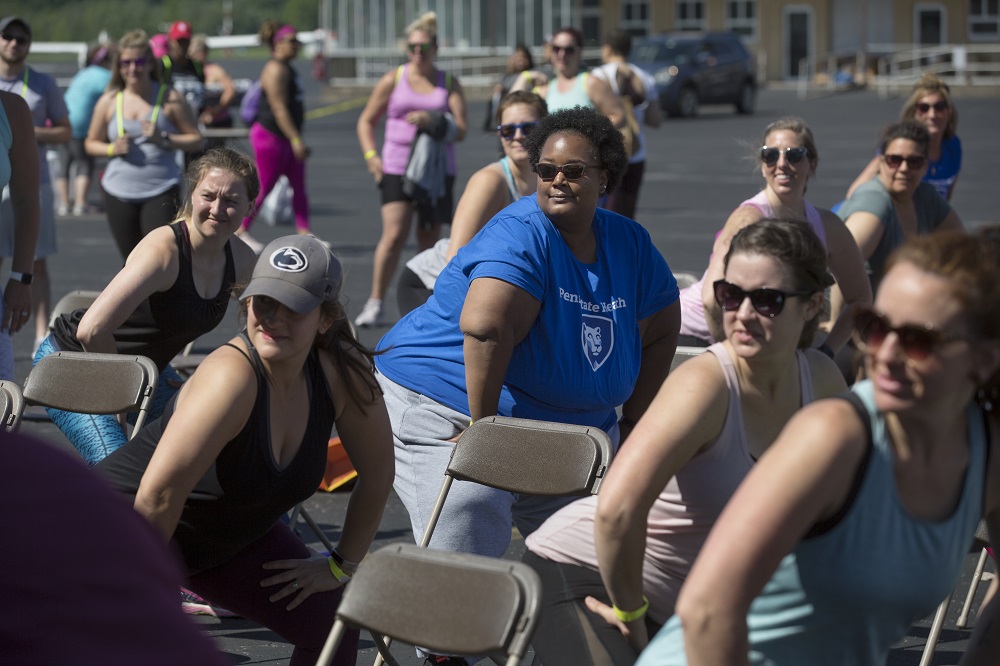 The medical office associate at the Penn State Center for Protection of Children in Harrisburg was cruising through her feed when she saw an ad featuring a photo of people in workout poses in the center of an aircraft hangar.

Culpepper has been on a fitness mission lately. In March, she’d undergone weight loss surgery at Penn State Health Milton S. Hershey Medical Center. Since then, she’s lost 78 pounds and has been attending her gym armed with energy levels she never had before.

Lately, Culpepper reached a crossroads with her workouts – should she keep trying to take off pounds on her own or try group exercise?

Culpepper loved it. “It was really, really great,” she said. First, her weight loss surgery had paid dividends, giving her the stamina to complete all three classes. And Thrive Fit Fest kept her comfortable – participants of all skill levels were welcome and received helpful tips and instruction.

“Everybody was really energetic,” she said.

Thrive Fit Fest has sold Culpepper on group exercise. She’s joining a new gym and signing up for classes.