Targeting of neurotransmitter could help in treating gastrointestinal conditions 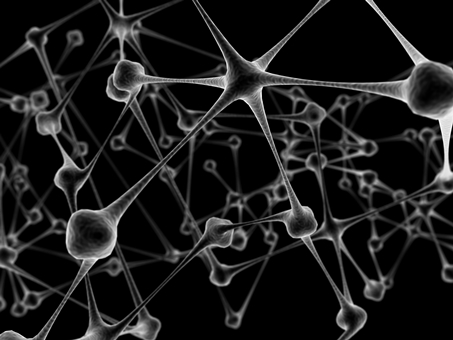 Selective targeting of the neurotransmitter that differentially affects brain cells that control the two distinct functions of the pancreas may allow for new medication therapies for conditions like diabetes, dyspepsia and gastro-esophageal reflux. That’s according to Penn State College of Medicine researchers.

“This study differs from what's been reported previously about brain neurons that control the gastrointestinal tract,” said R. Alberto Travagli, professor, Department of Neural and Behavioral Sciences, and lead investigator. “It provides further support to the idea that separate nerve pathways regulate the diverse functions of organs along the upper gastrointestinal tract.”

The pancreas has two functional parts: one that releases digestive enzymes, and one that releases hormones like insulin and glucagon. The vagus nerve, which originates in the brain, regulates both of these pancreatic functions. This nerve detects chemical and biological changes that occur along the gastrointestinal (GI) tract and interprets and integrates these signals before sending appropriate responses back to the organs. In the brain, these signals tell the nerves controlling each specific organ what the proper response is – for example, digestive processes and release of insulin – according to the signals detected in the GI tract.

Neurotransmitters in the brain and in organs like the pancreas control the nerve networks that receive these signals. Neurotransmitters are chemicals released from nerves that allow nerves to communicate with each other as well as with organs of the body. One of these neurotransmitters is glutamate, which acts on specific proteins called receptors that are present on the nerve cells. There are different classes and types of receptors that glutamate can act upon; one major class of these receptors is metabotropic glutamate receptors (mGluRs). This class is further divided into three subgroups – I, II or III – depending on their location and function on the nerve cells.

“The aim of this study was to investigate how these mGluRs are organized on nerve synapses – the specialized structures that allow a signal to pass from one cell to another cell,” Travagli said. “The second aim of the study was to see whether pancreatic insulin and enzyme secretions are controlled by different types of vagal motoneurons – the cells of the nervous system that control motor functions of the pancreas through the vagus nerve.”

Group II and III mGluRs are present in synapses that can either excite or inhibit the vagal nerve cells that send signals to the pancreas, and different outcomes can be seen depending on which group of mGluRs glutamate acts upon. When glutamate acts upon either group II or group III mGluR, insulin secretion is decreased. Pancreatic enzyme secretion is increased only by activation of group II mGluR by glutamate.

“The data shows mGluRs on brainstem vagal nerve circuits that regulate pancreatic functions are organized in a very specific manner,” Travagli said. “This type of separation in their organization may allow for development of selective drugs that target very specific vagal neurocircuits in patients with such conditions as gastrointestinal reflux disorders, functional dyspepsia, gastroparesis and pancreatic exocrine or endocrine dysfunctions.”

Researchers published results in a recent issue of The Journal of Physiology.

Other researchers who participated in this study are Tanja Babic, Kirsteen N. Browning, Yasunori Kawaguchi and Xiaorui Tang from the Department of Neural and Behavioral Sciences.

This research was funded through grants from the National Science Foundation and the National Institutes of Health. (NIH: DK55530 and DK78364)