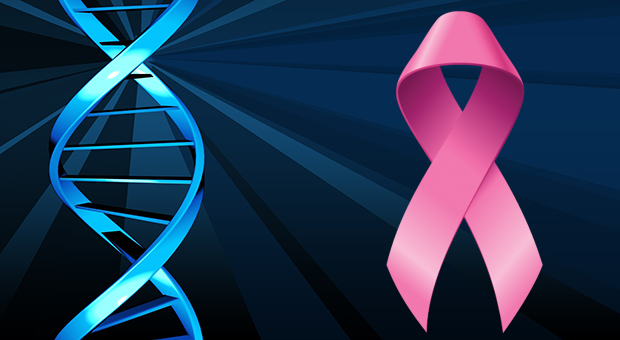 Actress Angelina Jolie announced Tuesday that she had a double mastectomy after learning she had a genetic mutation that predisposes for breast cancer.

In an op-ed feature titled “My Medical Choice” that she wrote for the New York Times, Jolie said doctors estimated her risk of developing breast cancer to be 87 percent and told her she had a 50 percent chance of developing ovarian cancer.

Jolie said she wanted to publicize her decision in hopes that others at risk will get tested to determine if they also have a mutation in the BRCA1 or BRCA2 gene. If they do, they can then decide what preventative measures to take to decrease their risk of developing cancer.

“This will allow many women who haven't thought about their own risk – or maybe who have, but never considered genetic testing – to have the courage to take proactive steps to reduce their risk,” she said.

Anyone who has a personal history or strong family history of cancer should consider getting tested to see if they carry the BRCA mutation. Both men and women can carry and pass on the gene mutation, which predisposes for cancers of the breast, ovaries, prostate, pancreas and skin.

“If you have a clustering of cancers in your family history, you should talk to someone from a genetics team,” Kass said. “There are lots of things people can do to decrease their risk of getting cancer if they know they have the gene.”

While that might mean a bilateral mastectomy like Jolie, less invasive preventative measures include more frequent clinical breast exams, MRIs, and possibly medication. Those who are predisposed to ovarian cancer can opt to have their ovaries removed after childbearing to decrease their risk.

Right now, patients can be required to pay for the service out of pocket because neither Medicare nor Medicaid recognize genetic counselors as providers. Yet getting tested without going through genetic counseling can result in incorrect testing or misinterpretation of the results, she said.

“We talk with patients about the risks, benefits and limitations of getting genetic testing, as well as how it might influence their decisions,” Baker said. “We address any concerns they may have – including their risk for genetic discrimination, the effect testing can have on family dynamics and what resources are out there for support.”

In addition to performing an independent review of a patient's family medical history, genetic counselors can identify appropriate testing, educate patients about the pros and cons of it, interpret results, plan preventative measures and connect patients to resources and support.

Kass said she expects Jolie's news will empower women. “If they feel like, here is this icon of femininity – a real American sex symbol – and she is making these decisions, any woman can say ‘It's OK for me to move forward and take control of my life.' When you get cancer, you don't really have control. This is a way to take control before you lose control.”

The next local meeting of the Facing Our Risk of Cancer Empowered (FORCE) group will take place at 10 a.m. on Saturday, June 1, at the University Conference Center on the campus of Penn State Milton S. Hershey Medical Center. The group will view and discuss the documentary “All in the Family.” For details, call 531-5289.

For more information about FORCE: www.facingourrisk.org.