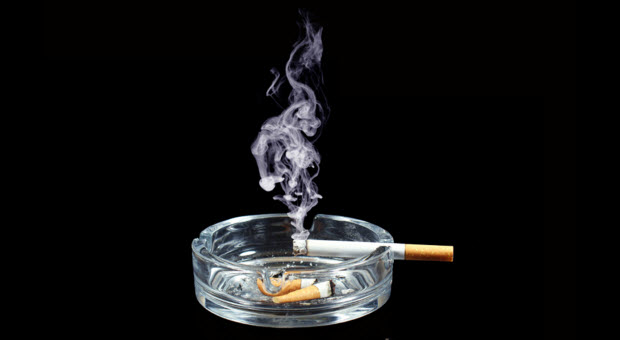 Penn State College of Medicine is one of 14 institutions nationwide named a Tobacco Center for Regulatory Science (TCORS). This $20 million, five-year U.S. Food and Drug Administration/National Institutes of Health grant will fund research to help the FDA develop new and effective regulatory strategies for reducing the harm to health from tobacco products in the United States.

“Selection as one of the TCORS awardees is both a strong vote of confidence in the outstanding tobacco research being done at Penn State and an investment in research that promises to help reduce the enormous harm to health currently caused by tobacco smoking,” said Dr. Daniel Notterman, vice dean for research and graduate studies, Penn State College of Medicine.

Drs. Joshua Muscat and Jonathan Foulds are the directors of the new center that will also train young scientists in the emerging field of tobacco regulatory science. Penn State TCORS will focus specifically on evaluating a wide range of health effects that may result from reducing the nicotine content in cigarettes including cravings to smoke, exposure to toxic tobacco substances, and smoking-associated stress and depression.

“One of the primary mechanisms by which tobacco smoke causes major diseases, such as cancer and heart disease, is from compounds called free radicals that are known to produce damage in many biological tissues,” said Dr. John Richie, a lead investigator on one of the center's research projects. “This research will help us understand that process and how the effects of free radicals differ by the nicotine content of cigarettes and by how deeply the smoke is inhaled.”

Despite decades of work to reduce tobacco use in the United States, it continues to be the leading cause of preventable death and disease. TCORS is a new, first-of-its-kind regulatory science tobacco program, designed to generate research to inform the regulation of tobacco products to protect public health. Using designated funds from FDA, TCORS will be coordinated by NIH's Office of Disease Prevention, and administered by three NIH institutes—the National Cancer Institute, the National Institute on Drug Abuse, and the National Heart, Lung and Blood Institute.

“The research at Penn State Hershey will provide critical new data in assessing the relative addictiveness and toxicity of reduced nicotine content cigarettes, particularly among individuals who may be most vulnerable,” Muscat said.

Foulds added, “This research will really make a difference to public health in this country, and we will also train the next cohort of tobacco regulatory scientists.”

Funding begins this month and continues through August 2018.  Penn State researchers will collaborate with colleagues at several other universities. Foulds is also a project co-director on a separate research project that is part of a TCORS grant at Virginia Commonwealth University. A portion of that award will fund Foulds' research team to assess the changes to smoking behavior related to different types of non-cigarette products that potentially reduce exposure to toxicants in tobacco smoke.

For more information on this study, visit http://www.fda.gov/NewsEvents/Newsroom/PressAnnouncements/ucm368992.htm.

Ask Us Anything About… Smoking and Vaping