The Medical Minute: Medical marijuana extract for epilepsy in children 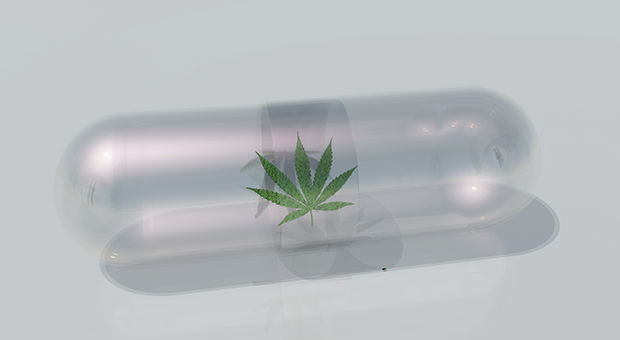 Dr. William Trescher, a pediatric neurologist at Penn State Hershey, says while some literature in experimental animal research indicates that substances from the cannabis plant can be beneficial to those who suffer from epilepsy, there is limited data about effectiveness in humans.

That is, unless you tap into social media, where hundreds of parents of children with severe epilepsy compare notes and collectively report their results with oral administration of a medical marijuana extract called Cannibidiol, or CBD, oil.

Trescher says it's hard to know what to make of the informal trials and reports. “There is a tendency among physicians to discount them because they're not being done in a controlled, scientific way,” he says. “But it would be dangerous to discount them.”

When a child has multiple seizures every week, every day or every hour – and he or she doesn't respond to medications available to treat epilepsy – parents can become understandably frustrated. “We're not talking about giving this to the average child walking down the street, but children with serious and severe epilepsy,” Trescher says.

Could there be side effects or serious health problems that result from giving CBD oil to these children? Sure, Trescher says, but the problem goes both ways: “You could potentially harm them by giving them something, but not pursuing something and withholding a treatment that might be beneficial also has problems.”

Although scientific studies backing the benefits of medical marijuana are hard to come by, Trescher points out the same is true for say, the effectiveness of acupuncture. “People don't do things for 2,000 years that don't work,” he says. “Now we have the experiences of all these parents, and you can't be dismissive of that.”

He says Pennsylvania parents who want to treat their child with CBD oil face several obstacles right now. Some families are splitting up – one parent taking the child with seizures to live in a state where the CBD oil is legal while the other remains behind to work and care for siblings. Parents who decide to give the compound to their children are also concerned about whether their children will test positive for drugs if given a screen, and whether they would then be reported to child protective services.

To learn more about the issue of medical marijuana, Trescher recommends www.theroc.us, the Web site for a non-profit organization called The Realm of Caring, formed to provide a better quality of life for residents of Colorado affected by various debilitating conditions through the use of concentrated medicinal cannabis oil.

Ask Us Anything About... Slowing Down Dementia