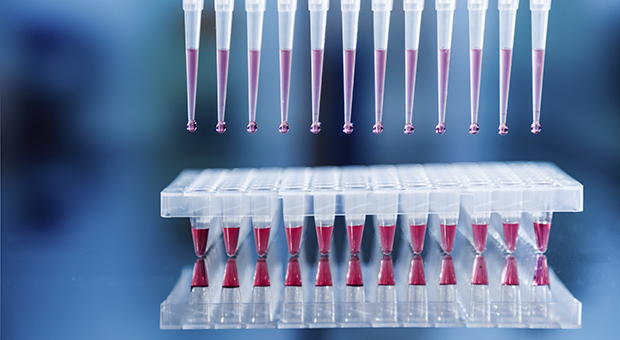 A virus not known to cause disease kills triple negative breast cancer cells and killed tumors grown from these cells in mice, according to Penn State College of Medicine researchers. Understanding how the virus kills cancer may lead to new treatments for breast cancer.

Adeno-associated virus type 2 (AAV2) infects humans but is not known to cause sickness. In prior studies, the researchers tested the virus on a variety of breast cancers that represent degrees of aggressiveness and on human papillomavirus-positive cervical cancer cells. The virus initiated apoptosis – natural cell death – in cancer cells without affecting healthy cells.

Signaling pathways involve molecules in a cell that control cell functions – like cell division – by cooperation. For example, the first molecule in the process receives a signal to begin. It then tells another molecule to work, and so on.

Treatment of breast cancer differs by patient due to differences in tumors. Some tumors contain protein receptors that are activated by the hormones estrogen or progesterone. Others respond to another protein called human epidermal growth factor receptor 2, or HER2. Each of these is treated differently.

A triple-negative breast cancer does not have any of these protein receptors and is typically aggressive.

“There is an urgent and ongoing need for the development of novel therapies which efficiently target triple-negative breast cancers,” Meyers said.

In the current study, the researchers tested AAV2 on a cell-line representative of triple-negative breast cancer. The researchers report their results in Cancer Biology & Therapy.

The AAV2 killed 100 percent of the cells in the laboratory by activating proteins called caspases, which are essential for the cell's natural death. In addition, consistent with past studies, AAV2-infected cancer cells produced more Ki-67, an immunity system activating protein and c-Myc, a protein that helps both to increase cell growth and induce apoptosis. The cancer cell growth slowed by day 17 and all cells were dead by day 21. AAV2 mediated cell killing of multiple breast cancer cell lines representing both low and high grades of cancer and targeted the cancer cells independent of hormone or growth factor classification.

“These results are significant, since tumor necrosis – or death – in response to therapy is also used as the measure of an effective chemotherapeutic,” Meyers said.

Future studies should look at the use of AAV2 body-wide in mice, which would better model what happens in humans.