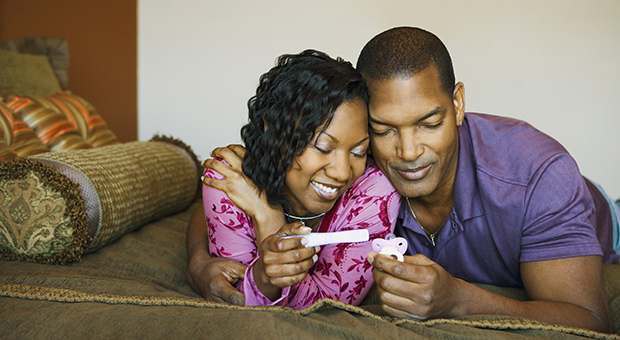 The drug letrozole results in higher birth rates in women with polycystic ovary syndrome (PCOS) than the current preferred infertility treatment drug, according to a nationwide study led by Penn State College of Medicine researchers.

PCOS affects 5 to 10 percent of reproductive-age women and is the most common cause of female infertility. Women affected have excessive levels of the hormone androgen, have infrequent periods, develop small cysts on the ovaries and have trouble conceiving.

Clomiphene citrate – a drug that stimulates ovulation – has been the standard treatment for decades.

“Clomiphene has its drawbacks,” said Dr. Richard Legro, professor of obstetrics and gynecology and lead author on the study. “It's only 22 percent successful with up to six cycles of treatment in producing a successful birth, it has a high multiple-pregnancy rate in comparison to unassisted conception, and it has side effects including hot flashes and mood changes.”

Letrozole is a class of drug that blocks estrogen production.

To compare the two drugs, researchers studied 750 infertile women with PCOS between 18 and 40 years old who wanted to conceive. Women were randomly assigned to either clomiphene or letrozole and took the medications for up to five cycles, with increasing dosage each cycle. Results are reported in the current issue of the New England Journal of Medicine.

The group of women who received letrozole had a higher rate of live births – 27.5 percent – than those on clomiphene – 19.1 percent. In addition, ovulation rates were significantly higher with letrozole than with clomiphene at each monthly visit.

Fewer twin pregnancies occurred in the women who took letrozole – 3.9 percent on letrozole and 6.9 percent on clomiphene. Clomiphene was associated with a significantly higher incidence of hot flashes; letrozole with significantly higher incidence of fatigue and dizziness. Birth defects were rare and rates were similar between the two medications, comparable to those from studies of women who conceive without treatment.

Further research is needed with a larger number of infants to clarify the safety of letrozole.

Ask Us Anything About... Endometriosis