The Medical Minute: Don't skimp on shades this summer 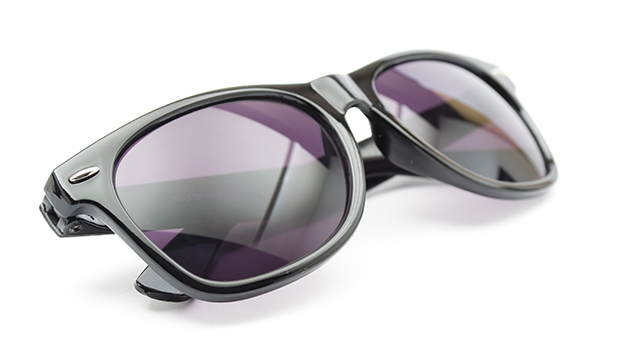 Sunscreen and sunglasses top the list of summertime must-haves for most people. But just as skin can burn on an overcast or chilly day, eyes can sustain damage anytime you're outdoors without sunglasses.

Although it's fashionable to slip on a sleek pair of shades, Tara O'Rourke, an optometrist at Penn State Hershey, says shopping for sunglasses should be about more than just looks.

Larger frames may be the style now, but they are also more effective at protecting the eye, eyelid and surrounding tissues from harmful ultraviolet, or UV, rays. “The delicate skin of the eyelid is susceptible to basal cell carcinoma,” O'Rourke says. “Wraparound frames – or those with a closer fit – can also protect the temple area.”

When it comes to the shade of the lenses, darker isn't necessarily always better. It depends what you plan to use them for.  Dark gray and dark brown tints don't distort color perception as much, while light amber lenses filter out blue light that is linked to macular degeneration. “Those are good for people who want to heighten contrast – pilots, skiers, boaters, golfers,” O'Rourke says.

Polarized lenses have a vertical component that reduces glare and reflection off horizontal surfaces, so they can be a good choice for driving, boating and fishing.

For active types who worry about losing their sunglasses while engaged in outdoor recreation, O'Rourke recommends using cords that can be worn around the back of the neck and attach to the glasses at the temples, such as Gorilla Grips.

Serious swimmers can get prescription, tinted swim goggles for pool time, while recreational users may be fine using regular sunglasses as much as possible when they aren't underwater. O'Rourke advises against using contact lenses while swimming because of the increased possibility of infection.

The most important thing is to look for glasses that offer 100 percent UVA and UVB protection – or a UV 400 sticker, which basically means the same thing. UVC rays are blocked by the Earth's ozone layer, but UVB rays can damage the front surface of the eye, causing conditions such as pingueculum or pterygium, growths on the moist membranes of the eye around the cornea. UVA rays can pass through the cornea and go deeper into the eye, damaging the lens and retina, which can lead to cataracts or macular degeneration.

“You rarely see these conditions in younger patients because they are cumulative, but it's important to think about protection earlier than later,” O'Rourke says.

Children are particularly susceptible to the damaging effects of sun because the lenses of their eyes are as clear as they will ever be during their lifetime, allowing more light to penetrate.  Also, because kids tend to spend more time out of doors than many adults, they have more exposure to the sun.

Polycarbonate lenses are a good choice for children, as well as adults who may be doing outdoor chores such as mowing or trimming because they are lightweight and impact resistant. “They won't shatter,” O'Rourke says. They are also FDA approved for shatter resistance and 100 percent UV protection.