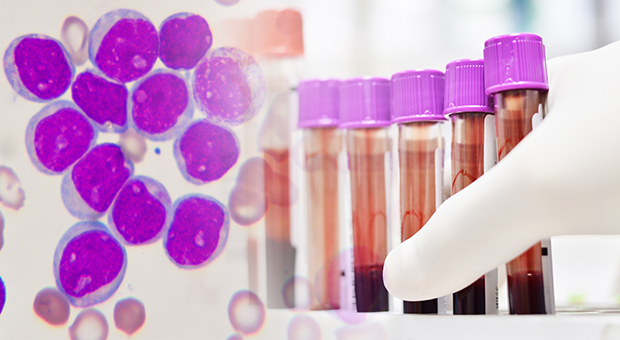 People with bipolar disorder have lower levels of certain omega-3 fatty acids that cross the blood-brain barrier compared to those who do not, according to researchers from Penn State College of Medicine and the National Institutes of Health. The finding could have implications for dietary interventions for the disorder.

Fatty acids are a major area of interest in bipolar disorder and depression because of their biological importance in the brain. Studies have shown that fatty acid supplementation may be useful for unipolar depression, but the data has been more mixed for bipolar disorder.

The researchers, led by Dr. Erika Saunders, associate professor and chair of psychiatry at Penn State College of Medicine, compared fatty acids in 27 people with symptomatic bipolar disorder and 31 healthy control subjects. The group measured levels of different forms of the polyunsaturated fatty acids omega-3 and omega-6. They also collected self-reported information on fatty acid consumption and bipolar medication use. Their results were published in the journal Bipolar Disorders.

Free fatty acids are able to cross the blood-brain barrier, while fatty acids bound to proteins are not. In study subjects with bipolar disorder, the ratio of a free-circulating omega-3 fatty acid called EPA to bound EPA was lower than in other people.

“This means that the availability of omega-3 in the body is lower in bipolar subjects,” Saunders said.

Omega-3 fatty acids are a large component of brain-cell membranes and are important for cell-to-cell communication in the brain. In the study, the ratio of free to bound EPA correlated with clinical bipolar symptoms, specifically mania and tendency towards suicide.

Fatty acids also play an important role in the immune system and the inflammatory system.

“Omega-3 and omega-6 fatty acids can shift the balance of inflammation, which we think is important in bipolar disorder,” Saunders said.

However, the researchers did not find altered ratios of omega-3 to omega-6 fatty acids in bipolar subjects.

Although the researchers did find lower levels of omega-3s in patients with bipolar disorder that correlated with symptoms, Saunders said it’s too early to advise dietary changes or omega-3 supplementation.

There was no difference in self-reported fatty acid consumption between bipolar and healthy patients.

“Is that because we only included certain foods in the survey? Or is it because people couldn’t accurately recall what they were eating?” Saunders said.

Another possibility the researchers are considering is that there are differences in how healthy people and people with bipolar disorder convert fatty acids from one form to another. Drugs that treat bipolar disorder are known to affect these conversions, but no association was found between fatty acid levels or ratios and self-reported medication use in the study.

Saunders is currently investigating if modifications in dietary intake of fatty acids could be useful in bipolar disorder.

“We are actively pursuing the next step in this line of inquiry to get to the point where we know what changes in diets are going to help people with bipolar disorder so they can have another option beyond the medications that are currently available,” she said.

“I think our work, along with the work of others, shows that this is an important area for us to continue to study,” Saunders said. “It’s complicated and hard to study, and there are a lot of factors, but it’s an area we need to keep pursuing.”