The Medical Minute: Detection and treatment of aneurysms bring challenges 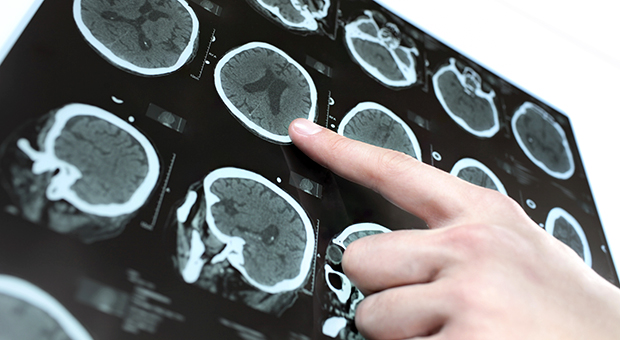 CT scan of the patient

Whether an aneurysm appears as a ballooning and weakened artery in the brain or in the body's biggest blood vessel, the aorta, the results can be serious – even deadly.

Yet not all aneurysms are created equal. Cerebral and aortic aneurysms often occur for different reasons and require different treatments.

Dr. Faisal Aziz, interim chief of vascular surgery at Penn State Health Milton S. Hershey Medical Center, said aortic aneurysms have a strong genetic component and are more common among males. People who smoke and have a strong family history of aneurysms are at an increased risk for developing abdominal aortic aneurysms.

“The first line of defense for this is the primary care doctor,” he said. “A physician should do a thorough physical examination and make sure there is no prominent pulse in the abdomen.” A diagnostic ultrasound is a noninvasive screening tool that picks up more than 90 percent of aortic aneurysms. Aziz said most that are detected do not require surgery.

For larger ones, vascular surgeons can open the abdomen and remove the aneurysm. Minimally invasive options require only a stent placed through three or four small scars in the groin. The idea is to divert the blood flow away from the aneurysm so it shrinks and becomes functionally ineffective.

“The majority of them are asymptomatic until they rupture,” Aziz said. “The sad part is that most people don't even know they have them until that happens. That's why catching them early is the key.”

He said the majority of patients with a ruptured aortic aneurysm don't even make it to the hospital, and about 60 percent of those who do still die from bleeding more than their body can handle.

In the brain, aneurysms tend to resemble a weak spot on a garden hose where the pressure of the water flowing through causes it to bulge out. They look like bubbles or blisters off the side of cerebral arteries.

This type of aneurysm tends to develop over time. While smoking and high blood pressure are two of the biggest risk factors, some rare connective tissue disorders have been associated with development of brain aneurysms.

Dr. Kevin Cockroft, neurosurgeon and co-director of the Penn State Hershey Stroke Center, said most cerebral aneurysms are found by chance on scans when a patient comes in with unrelated symptoms or complaints.

Like aortic aneurysms, the size determines the treatment. “We have to decide whether the risk of fixing it is lower than the risk of a subsequent stroke,” he said.

Cerebral aneurysms are rare enough that general screenings are not recommended unless a patient has a strong family history of aneurysms because most of those that do develop only have a 1 to 2 percent chance of rupture in any given year.

When an aneurysm does rupture and bleed, patients typically describe the symptoms as “the worst headache of my life” along with nausea, vomiting and sensitivity to light. “They feel very sick,” Cockroft said. “They could be coming to the hospital with anything from a bad headache to a coma.”

This type of stroke accounts for less than 5 percent of all strokes, but nearly half of those who experience one don't survive. A third to half may end up disabled.

“There is no rapid way to get to the aneurysm to stop the bleeding,” Cockroft said. “But if they come to the hospital and they are alive, that means the bleeding has stopped and we treat the aneurysm within 24 to 48 hours to keep it from bleeding again.”

Doctors can use a clip, a coil or mesh-like tube called a flow diverter to clot off the bubble and prevent problems in the future.