The Medical Minute: Spring allergies off to an early start this year 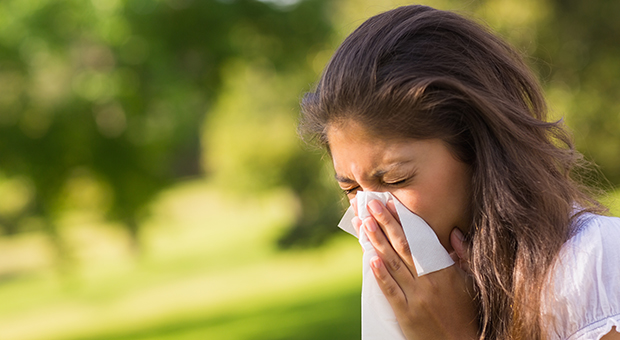 Most spring allergy sufferers know to start taking precautions before the trees burst into bloom each year.

In central Pennsylvania, that usually doesn't mean early March. This year, however, a string of unusually warm days tricked the trees into blooming earlier than normal.

“We have been seeing tons of tree pollen for several weeks now,” said Dr. Randy Young, director of pulmonary, allergy and critical care medicine at Penn State Health Milton S. Hershey Medical Center. “A lot of the people we are seeing usually don't get hit by this until later in the spring.”

The early warmth has also disrupted the natural parade of when different trees bloom, causing overlap that means more than one type of tree can be sending pollen into the air at once. Spring rains can help put a damper on the pollen flying around in the air, but the relatively dry, breezy days of late have kept pollen counts high.

Because winds tend to be stronger in midday, Dr. Timothy Craig, an allergy, asthma and immunology specialist at the Medical Center, suggests those who suffer from spring allergies do their outdoor activities or exercise earlier or later in the day, and shower and change clothes once they return indoors.

Trees release grains of pollen, which are the male components in the tree reproductive process. The pollen floats through the air in search of a female component to fertilize on another tree. That's why those who suffer from spring allergies can end up feeling miserable when they go outside on days with a high pollen count.

Using over-the-counter medicines either daily or as-needed can help combat the most common allergy symptoms, which include watery and itchy eyes and frequent sneezing. If that doesn't help, it may be time to see a specialist and discuss whether steroids or allergy shots could be helpful.

“If you suffer from year-round allergies and you control them better, sometimes the spring allergies aren't as bad,” Craig said.

By mid-May, the tree pollen season should be wrapping up, but that's when grass pollen starts. Mid-summer is usually a spot of relief in the season of suffering, but last year Craig said grasses pollinated longer than usual, so the allergy season continued longer than normal into July. He said it's too early to predict how this year's allergy seasons will go.

Doctors still don't know why some people develop allergies and others don't. Or why things that are triggers for some people cause no problems for others.

“It is a complex phenomenon that involves hereditary factors as well as the environment,” Young said. “Different people are more sensitive to different things.”

The Medical Minute: Learn some ways to get ahead of allergy symptoms

The Medical Minute: You + your doctor = patient safety

Penn State College of Medicine awarded more than $4.5 million in grants in August

The Medical Minute: What causes seasonal allergies, and how to alleviate the symptoms