The Medical Minute: Knowing whether it's abuse and how to respond 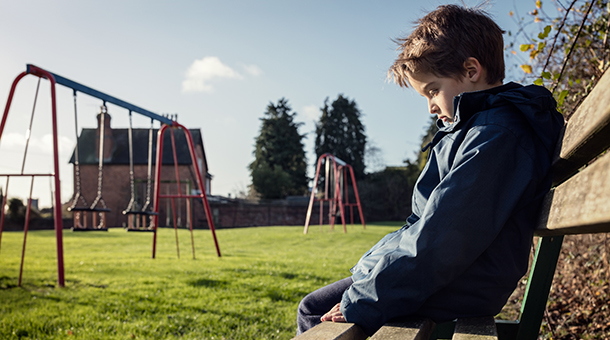 What do you do when you're out in public and you witness what you believe to be child abuse?

The standard suggestions are to:

In many situations, those are easier said than done. According to Dr. Lori Frasier, director of the Center for the Protection of Children at Penn State Children's Hospital, it's a judgment call.

“I think it’s hard because people might be fearful to intervene,” Frasier said. “It does take a special person to take action when they see something that they think might be abuse. It's important to consider that if someone is doing something like this in public and they don’t care who sees them, what will they do in the privacy of their own home? It could be worse.”

Frasier said it's hard to know what constitutes abuse. “What is abusive to one person may not be to another,” Frasier said.

The law states that child abuse is subjecting a child to bodily injury, neglect or sexual abuse. Some examples include shaking, hitting, kicking, punching or burning a child.

“The law states that you must have a reasonable suspicion of abuse in order to report it,” Frasier said. “You don’t have to know for sure.”

While physical abuse, like hitting or kicking is easy to recognize, verbal abuse like berating, screaming or threatening, can be a gray area.

When should you call ChildLine or 911?

ChildLine (1-800-932-0313) is available 24 hours a day to accept calls regarding suspected child abuse from mandated reporters as well as the general public in Pennsylvania. Each call is answered by a trained specialist who determines the most appropriate course of action. Callers are asked to provide the child's name, location and name of the offender.

ChildLine then contacts Child Protective Services in the appropriate area, which must respond within 24 hours.

“Child and Family Services have to have a way to find out who a child is,” Frasier said. “If you think a child is at risk and needs an immediate response, call the police.”

If you are able to intervene, try not to be aggressive or critical, which could put you at risk.

“In such a moment, a parent is under great stress and they may not take it well if someone tells them they're doing something wrong,” Frasier said.

If you are able to assess the situation and can determine the cause of the stress, you may be able to offer help. Because of distrust of strangers, the offer may be met negatively. Be willing to step back if there is a poor response. Sharing your own struggles of parenthood might be a better approach.

“It’s important to be relatable to the person; that you’re not there to judge them; you’ve been in their shoes. We’ve all been in those shoes when we get frustrated,” she said.

Frasier believes we all have an obligation to protect children.

“You don’t want to think it’s none of your business and then a couple of days later realize that that same child you were worried about has been killed or seriously injured,” she said.

Frasier had a case where a bystander in Walmart alerted security of a child covered in bruises. The guard called police.

“They didn’t confront the family directly, but they felt the situation looked scary enough that they needed to alert somebody,” she said, noting their suspicions were correct.

“It is everybody’s business. To not intervene is a mistake,” Frasier said.