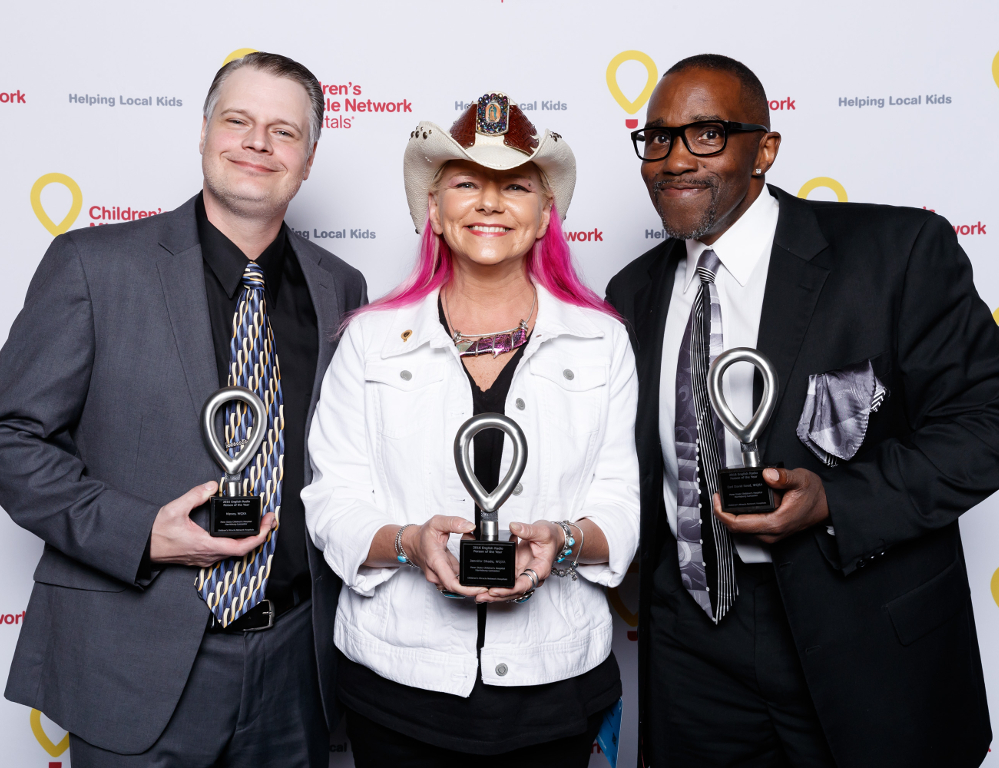 Nipsey, Jen Shade and Earl David Reed of The People's Morning Show on WQXA-FM 105.7 “The X” won the 2016 English Radio Personalities of the Year award from Children's Miracle Network Hospitals.

Also at the conference, Nipsey, Jen Shade and Earl David Reed of The People's Morning Show on WQXA-FM 105.7 “The X” were presented with the 2016 English Radio Personalities of the Year award by CMN Hospitals for their tremendous support of CMN Hershey through the annual People's Pay 4 Play, which has raised $1.2 million in 10 years. During this 28-hour marathon event, listeners make donations to hear song requests.

“These awards would not be possible without the generous support of thousands of individuals, businesses and community groups. Thank you for giving patients at Penn State Children's Hospital the gift of growing up,” said Danielle Sunday, director of Children's Miracle Network Hershey.

Learn more and make a gift at CMNHershey.org.