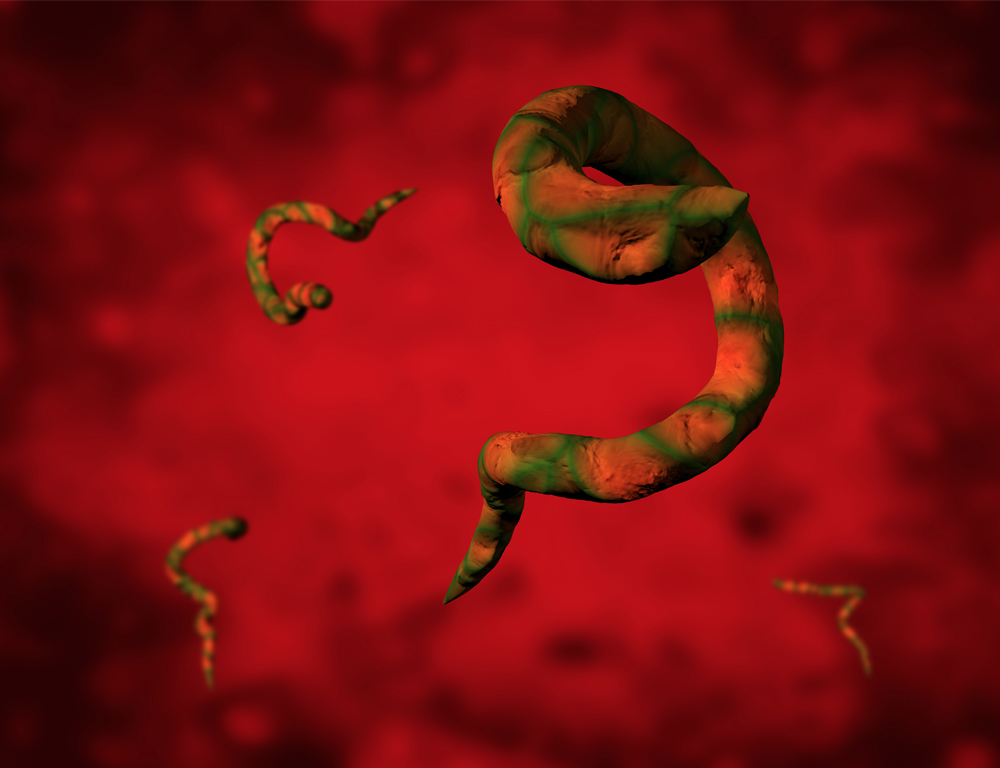 An international team of researchers including Zissis C. Chroneos, associate professor of pediatrics, and microbiology and immunology at Penn State College of Medicine, reveals how immune cells called macrophages activate to kill parasitic worms. The findings could lead to better drugs to fight common infections.

It is estimated that parasitic worms infect hundreds of millions of people, mainly in the developing world. These roundworms and flatworms — collectively known as helminths — often infect the intestinal system, causing anemia and malnutrition.

But worms can also infect other organs and systems, such as the lungs, urinary tract or bloodstream, causing a range of health problems. For example, the common worm infection schistosomiasis can lead to high blood pressure in lung arteries.

In the new study, Chroneos and his co-investigators studied a roundworm called Nippostrongylus brasiliensis that infects the lungs of rodents. A compound called interleukin 4, or IL-4, was used to activate large white blood cells called macrophages to kill the parasite and promote healing in the lung tissue.

The new study, published in Science, helps to explain how this process works. The researchers discovered that IL-4 helps the outer layer of lung cells to boost production of the defense protein SP-A. This protein binds macrophages and enhances their ability to multiply and activate against the parasite.

Chroneos discovered that the SP-A protein binds at a receptor called myosin 18A. IL-4 triggers the appearance, or expression, of the receptor on macrophages.

“You cannot kill the worm if you don’t have myosin 18A,” Chroneos said.

To test this, researchers in his lab developed antibodies to block the myosin 18A receptor. When it was blocked in mice, rats and human lung cells, the growth of macrophages against parasites was reduced.

The findings have implications beyond the lungs, Chroneos said.

The researchers found that the receptor myosin 18 also allows macrophages to bind to a different defense protein called C1q in the abdomen of mice. Macrophages from mouse liver, spleen and fat tissue expressed myosin 18A when exposed to the immune compound IL-4, which suggests that the receptor is important for fighting infections throughout the body.

In the future, the new knowledge could be used to develop drugs against infections that trigger the IL-4 immune response.

“Now that we know how this works, we can potentially use molecules that activate the myosin 18A pathway or the IL-4 pathway to kill the disease,” Chroneos said.