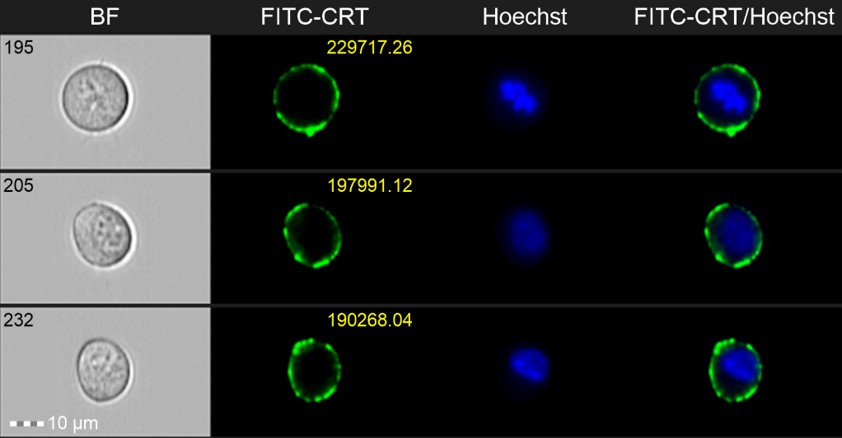 The same researchers previously found that these compounds improved immunotherapy of malignant melanoma in a preclinical model and induced immunogenic cell death (ICD) in the melanoma cells. This type of cell death alerts and recruits the immune system to respond to cancer. Defining how schweinfurthin compounds induce ICD was the focus of a recent study performed by Raymond Hohl, MD, PhD, director of Penn State Cancer Institute, and colleagues.

The authors further established that the mechanism of ICD induced by schweinfurthins is distinct from that induced by previously investigated drugs.  In particular, MeSG did not cause endoplasmic reticulum stress and did not require the protein kinase PERK to induce calreticulin exposure. Caspase inhibitors partially rescued tumor cells from MeSG-induced cell death, but failed to reduce calreticulin exposure. However, an intact ER to Golgi transport system was required for calreticulin exposure. Research is ongoing to define the key molecular pathways involved in this process. The results were published in the journal OncoImmunology in August 2022.

“This is a great example of the kind of transformative data that these shared resources allow,” said Jeffrey Neighbors, PhD, a co-investigator on the study. “We would not have had the ability to acquire an instrument with these capabilities for our own labs, and even working on a highly collaborative project with several PI’s, the cost of this level of sophisticated instrumentation is prohibitive.  It is exactly this type of capability that make the Flow Cytometry Shared Resource so valuable.”

Ruoheng Zhang and Todd Schell, PhD from the Penn State College of Medicine and Penn State Cancer Institute also contributed to this research. Raymond Hohl and Jeffrey Neighbors have financial and ownership interest in Terpenoid Therapeutics Incorporated and IOThera Incorporated which provided the schweinfurthin compound for these experiments.

This research was sponsored by a Penn State University Professorship in Medical Oncology, the Miriam Beckner Cancer Research Endowment and a gift from Highmark to the Penn State Cancer Institute.

The research was supported by the Flow Cytometry Core Facility (RRID:SCR_021134). The ImageStream X Mk II Imaging Cytometer was funded, in part, by a grant from the PA DOH using Tobacco CURE Funds. The Department specifically disclaims responsibility for any analyses, interpretations or conclusions.