The Medical Minute: Strokes on the rise among young people 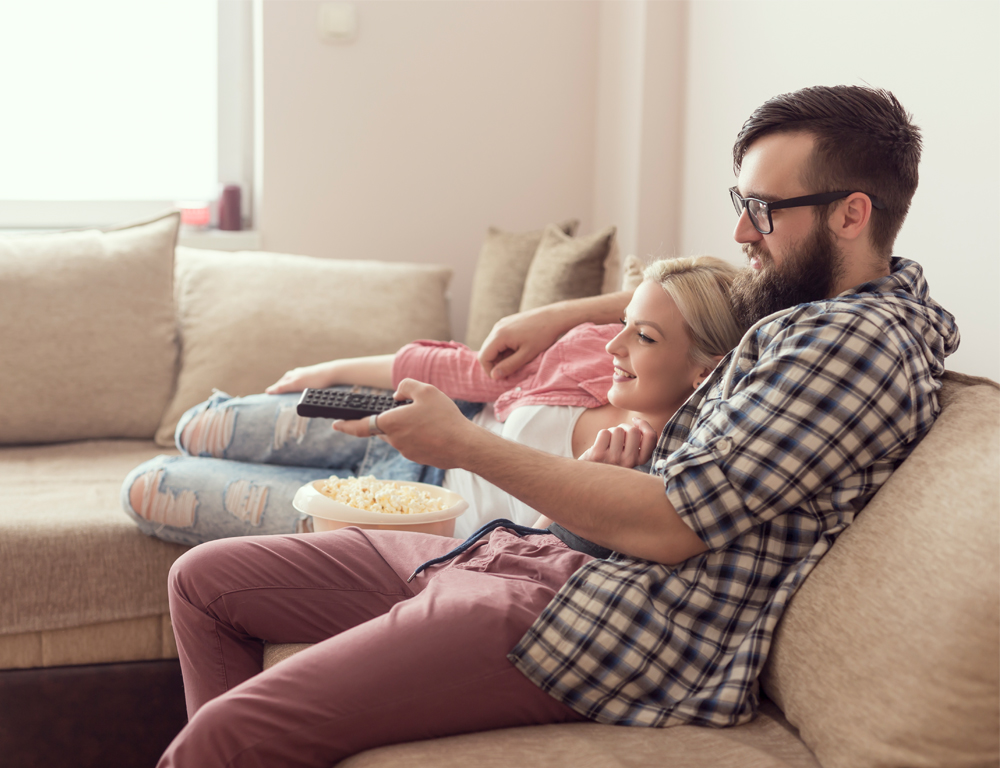 “I’m used to hearing that people in their 60s have strokes.”

That’s why Lucy Alana Gnazzo was surprised to learn that she – at age 26 – had suffered a massive stroke.

Lucy Alana had a cerebellar stroke, caused by a blocked blood vessel in the lower back part of her brain. She is among a growing number of young people to experience an ischemic stroke – the type caused by a blockage.

According to the American Stroke Association, the number of people 65 and older who were treated for ischemic stroke declined between 2000 and 2010. However, hospitalization rates for those younger than 65 rose, with an especially sharp increase in people between ages 25 and 44.

“Many people are developing the standard risk factors earlier in life. They include high blood pressure, diabetes and high cholesterol,” Reichwein said. He points to poor diets, more work-related stress and a more sedentary lifestyle among younger people. Smoking and excessive alcohol use can also heighten one’s risk.

Reichwein said people who experience migraine with aura or use NSAIDs and other anti-inflammatory medications excessively, as well as women who use birth control pills or hormonal therapies, can also be at higher risk for ischemic stroke. This is especially important in younger women.

“It’s important to periodically assess your stroke risk in a conversation with your physician,” Reichwein said. “You can feel well but still have high blood pressure, diabetes or cholesterol problems.”

The exact cause of Lucy’s stroke remains unknown.

It all started when Lucy Alana, who had been having pain due to dental problems, woke up one morning feeling very lethargic and ill. She 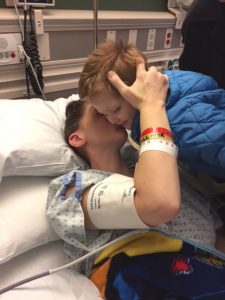 Lucy Alana Gnazzo kisses her son, Vincent, as he leans over her hospital bed.

had a significant headache and experienced problems moving her left arm and leg. She was rushed by ambulance to a local hospital.

After an MRI helped determine she had suffered a significant stroke with associated brain swelling, Lucy Alana was transferred to Hershey Medical Center, where doctors removed a piece of her skull to allow her lesion room to expand before eventually resolving. Reichwein said that without that procedure – called a decompressive craniectomy – Lucy Alana probably would have died.

The fact she had a stroke surprised her mother, whose name is also Lucy Gnazzo.

“That news was so difficult to process because of her age. The magnitude of what she was facing shocked me,” Lucy said. “But Lucy Alana is a miracle in terms of her survival and ongoing recovery.”

Lucy Alana was recently cleared to gradually resume most regular activity, such as picking up her five-year-old son. “I’m able to finally start trying to do normal things that I could do before my stroke,” she says. “But I tire very easily.”

She has regular rehabilitation appointments – three hours a day, three times a week – mainly to help her work on memory, balance, stamina and using her left hand.

Lucy Alana says everyone – regardless of age – should learn the most common symptoms of stroke, represented by the acronym BE FAST: Balance, Eyesight, Face, Arm, Speech, Time.

She says she feels lucky, especially because strokes can prove deadly for people who don’t receive the right treatment in time.

“I’m still shocked that it happened to me, but I’m glad I’m able to wake up every day knowing that I survived something that some people don’t survive.”