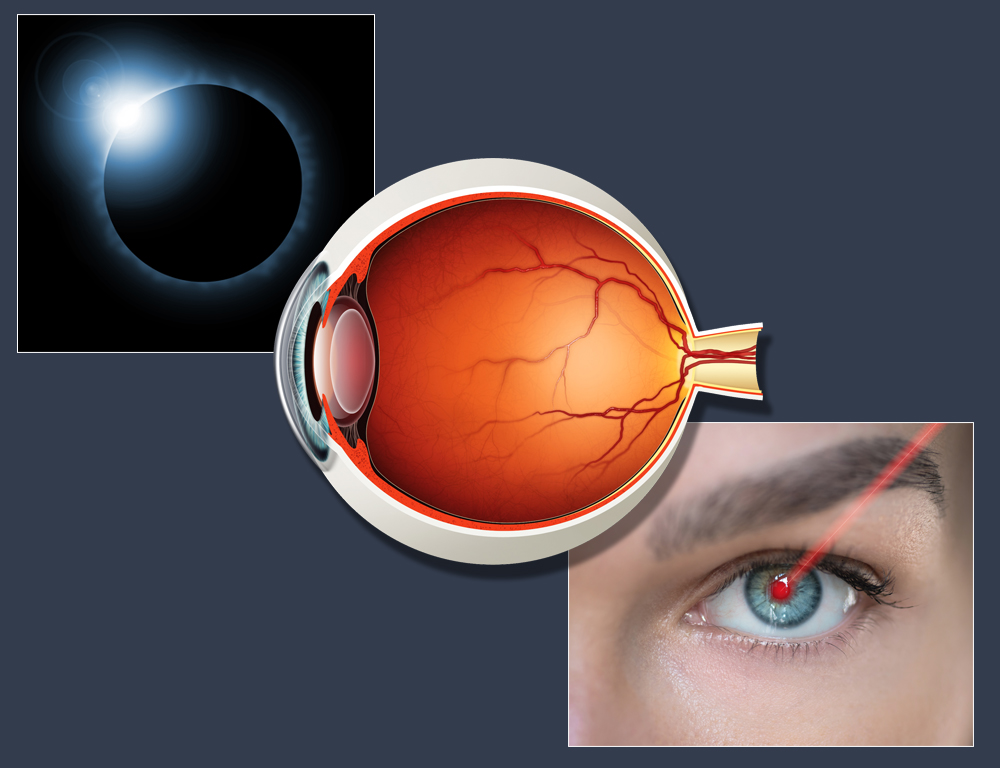 Much attention is focused on the potential dangers that the upcoming solar eclipse will pose to the unprotected eye. But health experts caution there's at least one other – and more prevalent – way to do lasting damage to one's vision.

At some point, most children figure out how to burn their initials into a piece of wood with a magnifying glass. Dr. Joseph Sassani, an ophthalmologist at Penn State Health Milton S. Hershey Medical Center, says it's by that same process that the light from an eclipse – or even a laser pointer – can damage the retina.

“Basically, you're focusing the energy of the sun on the back of your eye,” Sassani said.

“The concentrated light from even a low-energy laser pointer can damage the retina,” Sassani said. He adds children are especially susceptible because they treat the devices like toys, sometimes staring straight into them or pointing them at each other's faces.

While the light emitted by a flashlight disperses, the light from a laser pointer typically remains concentrated several feet away, making it just as dangerous from a distance as it is close-up. Sassani notes there have even been cases of retinal damage reported from children shining a laser pointer in a mirror and back at themselves.

“With a bit of the sun covered, the intensity of the visible light may not be so great and you may be tempted to look at it,” Sassani said. “But some types of light – like red and blue wavelengths – will still come through and could damage the retina.”

Sassani notes the retina records the image and sends it back to your brain, much like film in a camera. The area of the retina that provides most of our vision is only about 1.5 millimeters wide, meaning it doesn't take much to create a hole in one's vision – which may be temporary or end up lasting forever.

The temptation to view an eclipse first-hand can prove to be too much for children and even some adults to resist. But those hoping to view the eclipse should do so through specially designed viewing glasses – as sunglasses or even a welder's helmet will not provide ample protection.

“There is no safe amount of time to look at the sun during a solar eclipse without proper eye protection,” Sassani said.

He applauds schools that have announced plans to cancel recess during the hours on Aug. 21 when the solar eclipse will take place. He encourages parents and teachers to have children watch the eclipse on video feeds on TV and the internet.

Whether a solar eclipse or a laser pointer, Sassani urges adults and children to take the damages they pose seriously.