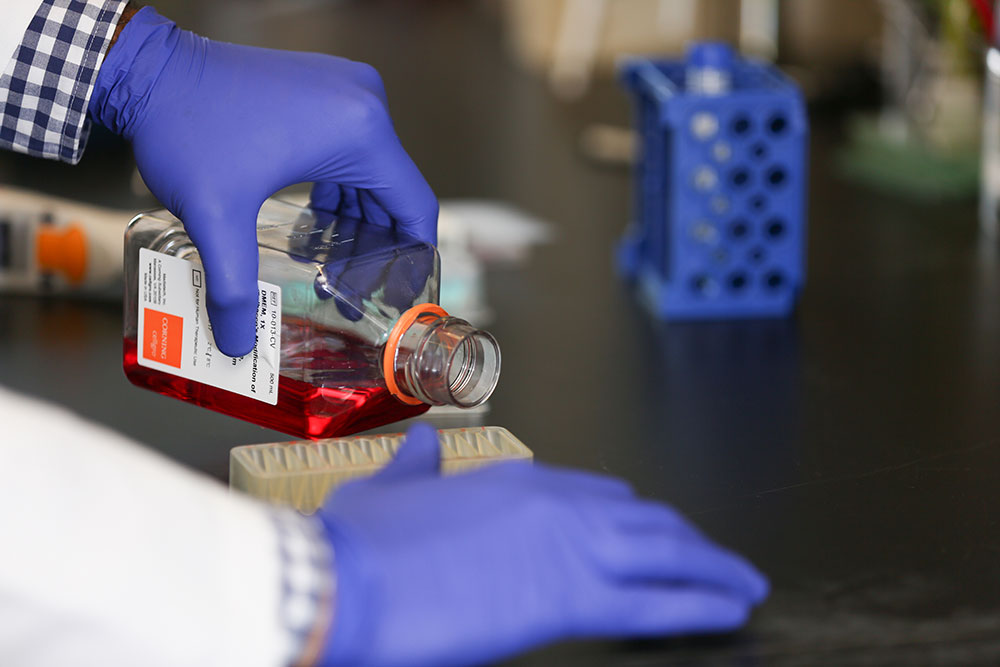 Penn State College of Medicine is celebrating the advancements that clinical trials have made to medicine during International Clinical Trials Day 2018 (Friday, May 18).

They will also assist potential study participants in signing up for clinical trials through StudyFinder, an online database that helps individuals identify studies across Penn State that need volunteers. The College of Medicine currently has nearly 2,000 research studies and clinical trials in progress and is always seeking healthy volunteers.

“The progress that the College of Medicine and other research institutions have made in diagnosing, treating and preventing diseases in the past few decades can be directly attributed to the thousands of people who have volunteered to participate in studies,” Novchich said. “Participating as a healthy volunteer is one way that people can actually contribute to the development of new medications, devices or procedures.”

Dr. Raymond Reichwein, a neurologist at Penn State Health Milton S. Hershey Medical Center, completed a 13-year clinical trial on a stroke device that was approved by the U.S. Food and Drug Administration in 2016. The study examined how the Amplatzer PFO Occluder device reduced the risk of a stroke in patients who previously had a stroke believed to be caused by a blood clot that passed through a small hole in the heart.

About 25 to 30 percent of Americans have a hole in the heart, called a patent foramen ovale (PFO), which typically causes no health problems and does not require treatment. The cause of most strokes can be identified, such as poorly controlled high blood pressure, narrowed blood vessels due to cholesterol deposits and scar tissue, or a blood clot caused by an abnormal heart rhythm.

However, in some patients, medical tests cannot identify the cause of the stroke. In a small percentage of these patients, it is believed that the PFO provided a path for a blood clot to travel to the brain where it blocked a blood vessel and resulted in a stroke.

Reichwein's clinical trial, titled, “The Randomized Evaluation of Recurrent Stroke Comparing PFO Closure to Established Current Standard of Care Treatment,” showed that PFO closure with the Amplatzer PFO Occluder device was superior to medical management alone in reducing recurrent ischemic strokes in long-term follow-up in patients with true cryptogenic stroke and evidence of a PFO. Ischemic strokes occur as a result of an obstruction within a blood vessel supplying blood to the brain. The Amplatzer PFO Occluder provides a nonsurgical method for doctors to close a PFO.

The Association of Clinical Research Professionals marks International Clinical Trials by commemorating the first clinical trial, which took place in 1747. Aboard the HMS Salisbury, Doctor James Lind took 12 men who had scurvy, a disease caused by a vitamin C deficiency, and divided them into six pairs. He experimented with different remedies and found that the two men who were treated with citrus fruits made an impressive recovery.

Learn more about how volunteers are vital to clinical trials on the Medical Minute.