The Medical Minute: Immunization the best defense against measles 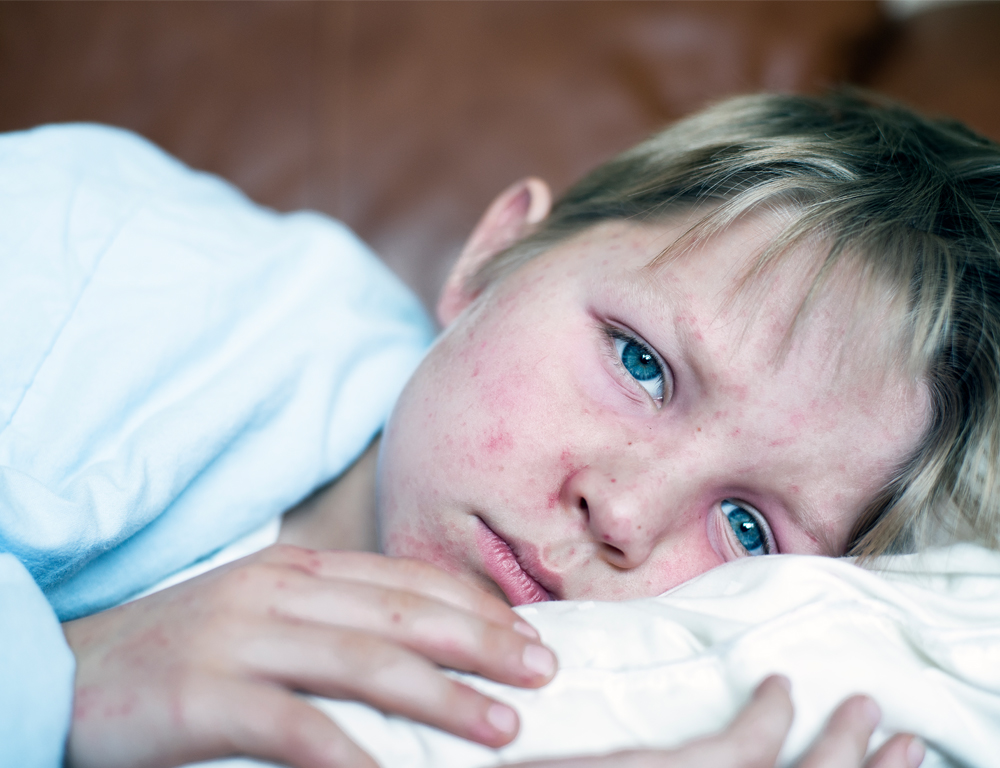 High fever. Cough. Runny nose. Red, watery eyes. It may not be the flu. It could be measles.

Measles cases are on the rise in Europe, with more than 40,000 cases and 37 deaths in the first six months of 2018. In the United States, the Centers for Disease Control and Prevention (CDC) reported that they’ve identified 124 measles cases in 22 states and the District of Columbia this year through August.

The majority of people who become infected with measles are unvaccinated, but this highly contagious disease can be prevented with a simple immunization shot.

“The vaccine—known as MMR, or the measles, mumps and rubella vaccine—is very safe and very effective,” said Dr. George McSherry, division chief of pediatric infectious diseases at Penn State Health Children’s Hospital. “It is 97 percent effective when the person gets the two recommended measles immunization shots.”

One dose of the vaccine is approximately 93 percent effective at preventing measles. The Advisory Committee on Immunization Practices and the CDC recommend that children receive the first dose at age 12 to 15 months and the second dose at age 4 to 6 years before they enter school.

The last true outbreak of measles in the United States came in 2014 when more than 600 cases in 27 states were reported—the largest number of cases since 2000 when measles elimination was documented.

According to the CDC, before the measles vaccination program started in 1963, approximately three to four million people got measles each year in the United States. Use of the MMR vaccine reduced measles cases by more than 99 percent compared to the years before.

“A school nurse from the 1950s and ‘60s will tell you that this is a very bad illness,” said McSherry. “It is extremely contagious. If 10 unimmunized people were in a room with one infected person, nine of them would get the disease.” Many would develop complications and not return to school.

While it’s relatively uncommon in the United States, measles is still common in other countries. Travelers with measles continue to bring the virus into the country and spread it to unimmunized children and adults.

The virus is spread through the air when an infected person coughs or sneezes. The incubation period from exposure to onset of symptoms is eight to 12 days. Early symptoms of measles include cough, runny nose, fever and conjunctivitis (often referred to as “pink eye”). Koplik spots—small white lesions in the mouth—help doctors make the diagnosis. Around the fourth day of the virus, the patient breaks out in a rash that spreads from head to toe over three days and lasts approximately one week.

“Because of the rash and the high fever, patients are miserable,” said McSherry.

Severe complications include pneumonia, acute encephalitis (an inflammation of the brain that often leads to permanent brain damage) and in some cases, death.

The best way to stop an outbreak is to immunize those who have not gotten the vaccine.

“There is no prescription to treat the measles,” said McSherry. “The best way to avoid measles and its complications is to get the immunization.”