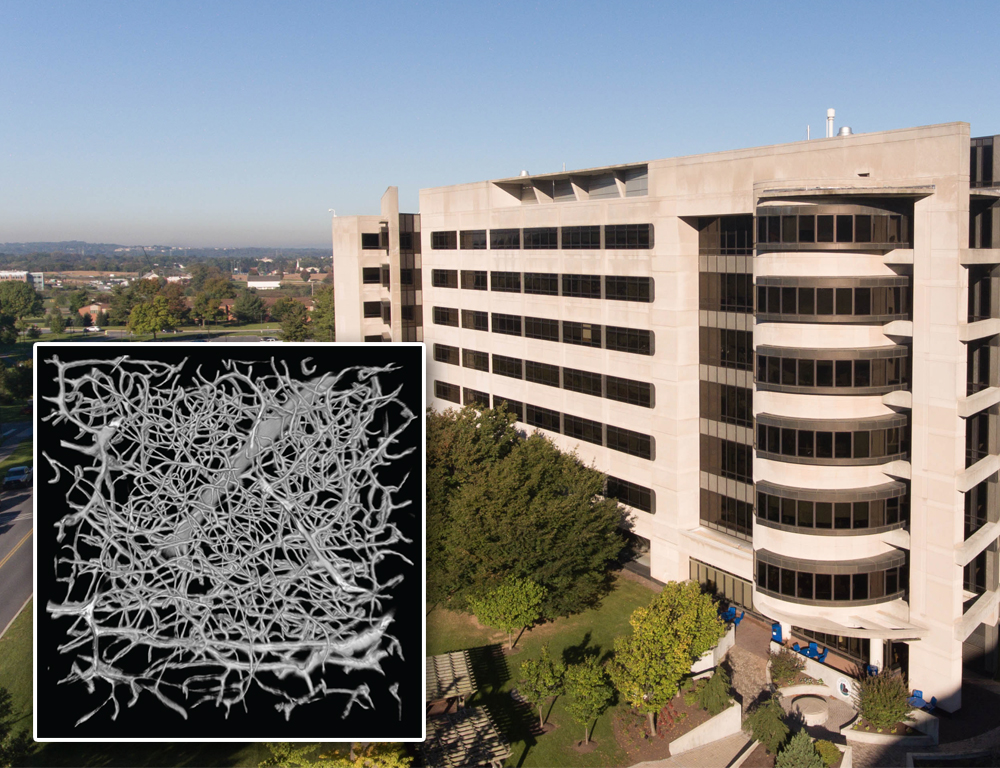 The brain contains a complex web of tiny blood vessels that are responsible for supplying oxygen and nutrients to neurons and other cells. Scientists know they’re there, but they don’t know exactly what they look like — or exactly how they work.

In an upcoming project, a team of Penn State researchers will use mice as a model for creating high-resolution, 3D maps of the blood vessels in both young and aging brains. The researchers hope learning more about healthy brains will help them learn more about how problems — like strokes or Alzheimer’s Disease — develop over time.

The National Institute of Health Blueprint for Neuroscience Research will support the project with a $3 million grant.

Yongsoo Kim, assistant professor of neural and behavioral sciences, Penn State College of Medicine and principal investigator on the grant, said a full-scale map of the entire brain’s blood vessels — some of which are as small as 10 microns, or 0.001 centimeters, in diameter — has not been created before.

“We don’t even know all the fine details of what the blood vessels of a normal brain look like, let alone a brain with some kind of pathology or disorder,” Kim said. “I’m really hoping that these maps and data will lay the foundation for the future work of studying various pathological conditions.”

Kim will be working with two collaborators on the five-year project: Keith Cheng, professor of pathology, College of Medicine, and Patrick Drew, associate professor of engineering, College of Engineering. With researchers spanning different Penn State campuses and colleges, Kim said the project is a good example of interdisciplinary research.

While Kim’s previous work has focused on mapping the anatomy of the brain, Drew’s research has looked at how the brain functions, which Kim said made them a natural match for the project to examine both structure and function. Under the grant, Drew will use imaging technology to explore how specific neurons control the dilation of blood vessels in the brain.

After the maps and images are created, Kim said they will have a huge amount of data that could potentially be useful to other scientists, as well. Cheng will contribute to the project by building a web-based platform to host and display the new maps and images for other researchers across the globe to access.

“There are things I want to learn from the data we collect, but I won’t be able to analyze everything,” Kim said. “If we can get this data online where other researchers can access it, hopefully it will be able to be well utilized by other researchers in many other fields. We want to share this data as freely as possible.”