A career for the ages: Eyster revolutionizes understanding of HIV and hepatitis C 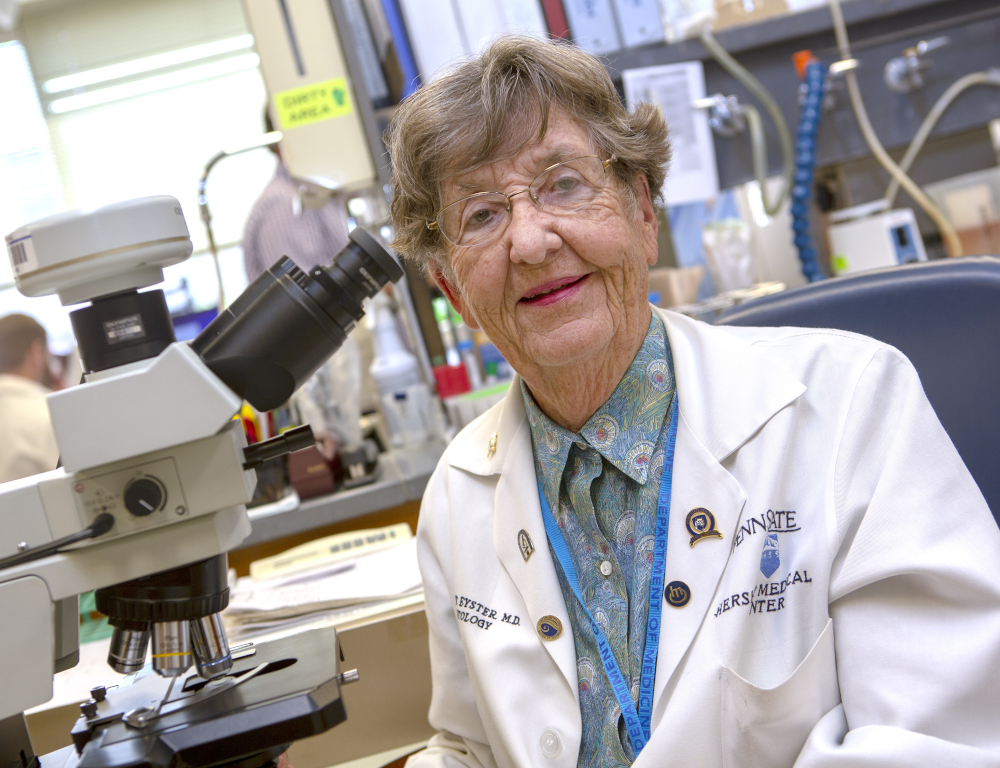 It’s not every day you meet someone who changed the way the world understood the development of HIV and hepatitis C or any other infectious disease. But that is precisely the accomplishment of Dr. Elaine Eyster, distinguished professor of medicine and pathology at Penn State College of Medicine and the 2018 recipient of Penn State Alumni Association’s Honorary Alumni Award.

“In the early 1980s, it became apparent to us that our patients with hemophilia were coming down with unexpected infections,” says Dr. James Ballard, professor of medicine, pathology and humanities at the College of Medicine, who was hired as a hematology fellow by Eyster in 1975 and has worked with her ever since. “Although we didn’t know at the time what it was, we suspected something pretty bad was happening.”

By a stroke of either serendipity or genius, Eyster had stored plasma from her hemophilia patients for years, and as co-founder and long-time director of the Hemophilia Center of Central Pennsylvania, she and fellow clinician-researchers were able to use those samples to research the epidemiology of the emerging infection: HIV.

“She was at the right place at the right time with the right ideas, and that is something that doesn’t happen very often,” says Ballard.

Eyster’s work revolutionized the world’s understanding of the natural history of HIV infection in individuals with hemophilia, making a demonstrable impact on HIV counselling and thrusting the College of Medicine and the Hemophilia Center into the national spotlight.

“Thanks in a large part to the research studies conducted by Eyster and her collaborators, the prognosis for people with HIV improved dramatically,” says Dr. Leslie Parent, vice dean of research and graduate education at the College of Medicine and Eyster’s colleague since 1991.

In her 48 years at Penn State and her long tenure leading the Hemophilia Center, the center has grown from just a few dozen patients to more than 500 and is now involved in one of the first-ever gene therapy trials for hemophilia.

“At the beginning of my career, I wouldn’t have dreamed patients would be living this long with these conditions,” says Eyster, who also serves as director of the Hemophilia Program at the College of Medicine.

When she started as a physician, hemophilia often killed patients in their teens and 20s, HIV was deadly within a decade, and hepatitis C was untreatable.

“Now, some of our HIV patients from the 1980s remain well, many with hepatitis C are cured, and our hemophilia patients are living active lives into their 80s,” says Eyster. “Our center has been an important part of this transformation.”

“Besides being a role model for women physicians and leaders—and a pioneer in that area—she’s an exceptional role model for any physician, and a very special person,” says Parent.

At home, Eyster enjoys the memory of her late husband of 46 years, Dr. Robert Dye, and the company of her two sons, their spouses and her six grandchildren. At work, she has long thrived professionally by every standard. And yet she achieved even more, something rarer: a great leap forward in Penn State’s reputation on the national and international stage for medical research and hematology.

The Penn State Honorary Alumni Award is given only when the Alumni Association feels there is a truly extraordinary non-alumni member of the Penn State family who has impacted the reputation and success of the university. It is one of many honors recognizing Eyster’s contributions to the field of medicine, including the Distinguished Alumnus Award from the Duke Medical Alumni Association, the Pennsylvania Medical Society’s Distinguished Service Award for lifetime achievements in medicine and the 2015 National Hemophilia Foundation’s Physician of the Year award. Her legacy and the similarly impactful contributions of her husband are recognized via endowed professorships at the College of Medicine. 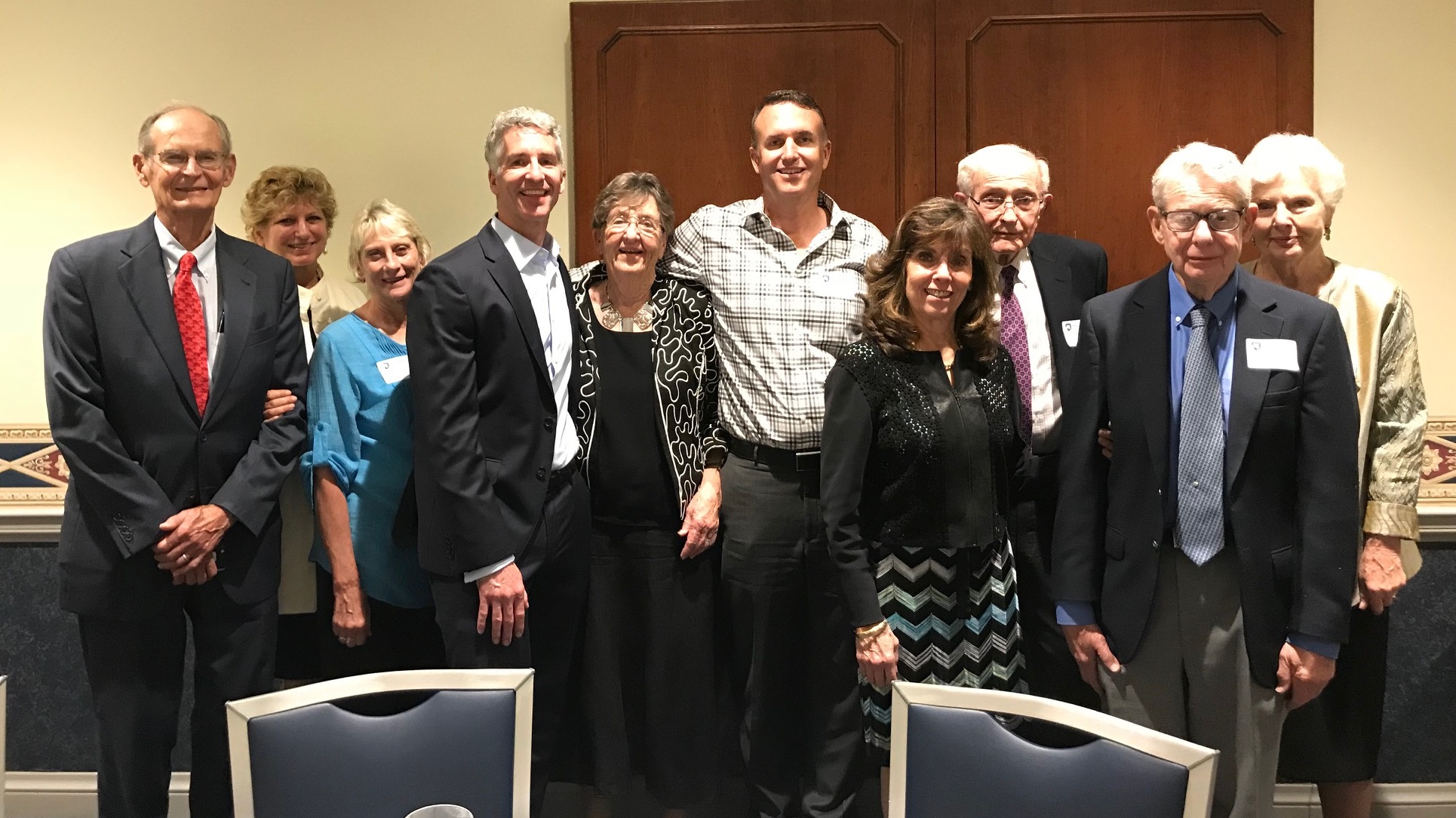 “I think it’s important to contribute as best we can—whether we provide our time or our talents or our financial support—to the things we believe in,” says Eyster, who has zero regrets about her long and fruitful career. “It all comes back to you. If you like doing what you’re doing, and you get the support of your colleagues and friends and particularly your family, you’re very fortunate. These experiences are what life is all about.”