From preemie to premed: former NICU baby all grown up, ready for career in medicine 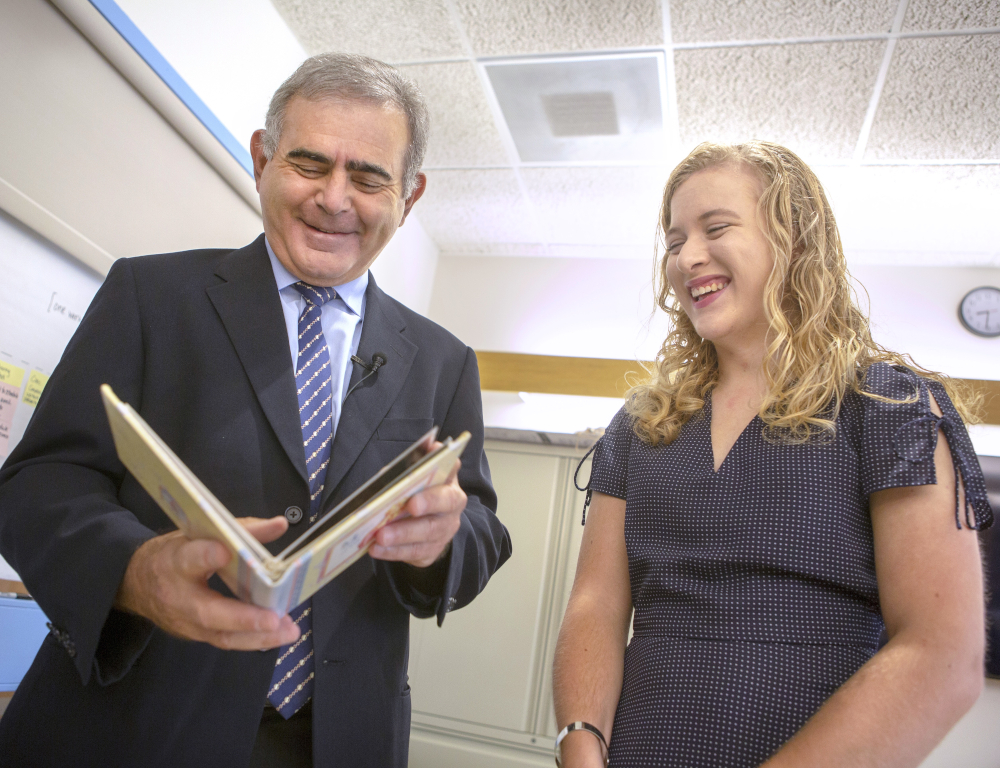 “Thanks to you,” replied Tiffany.

Tiffany, a young woman with curly hair and an infectious smile, returned to the Penn State Neonatal Intensive Care Unit (NICU) with her parents, Annette and David, for the first time since being discharged more than two decades ago. 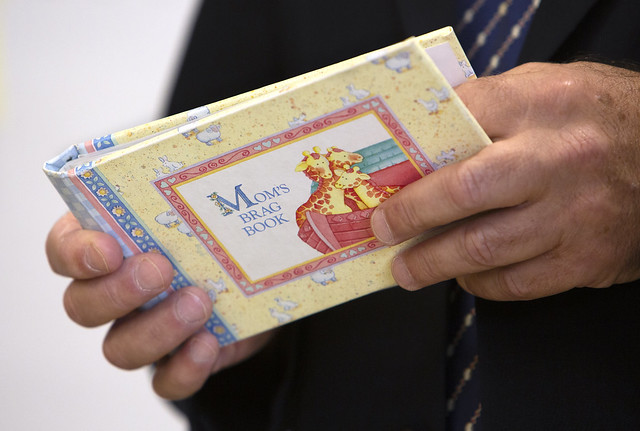 “She looked like a baby robin that had fallen out of a nest,” David said.

Baby Tiffany was in the NICU for two months and three days. Too little for an incubator, she spent the first few weeks of her life on a warming bed.

“It was heartbreaking seeing Tiffany for the first time,” David recalls. “You think there’s no way she’s going to make it. But Dr. Palmer, Dr. Dennis Mujsce and the entire NICU nursing staff were incredible.”

“If we didn’t have her at the Children’s Hospital, I don’t think we’d have her today,” said Annette, adding that the care her daughter received in the NICU was “amazing.” 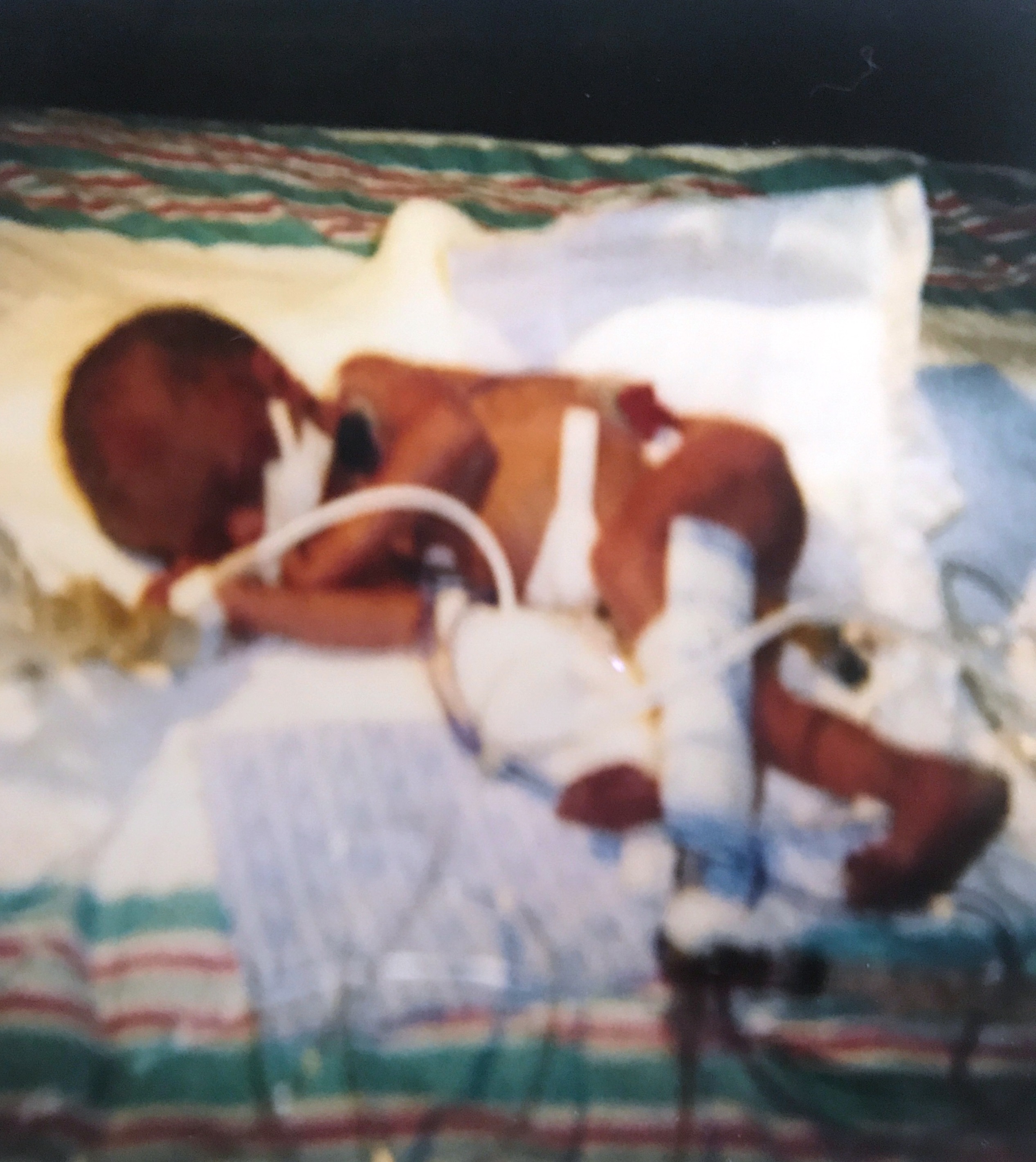 Palmer, who’s been with the Children’s Hospital for more than 30 years, said that some of the major concerns about a baby born at 25 weeks’ gestation would be breathing on her own, tolerating food, immature organs and susceptibility to hemorrhages in the brain.

Annette and David spent nearly every waking hour in the NICU where they became fast friends with nurses, the bedside caregivers. The NICU was their home for two months.

“The NICU itself is just a room,” said David. “It’s what’s inside the room that makes it special. Every time we walked in, we felt fine because there was someone there who really knew what they were doing.”

“The nurses went out of their way for us,” added Annette.

Listening to their stories, Palmer realized the value of their experience.

“It’s powerful to hear the parents talking,” said Palmer. “The doctors don’t always get to see what’s going on. The NICU nursing staff hold the emotional bridge between the baby and the parents. The nurses are the ones who had her all the way throughout her care.”

“It was awesome having all that help,” said David. “Those nurses watched her like a hawk. They cried when we finally took Tiffany home. For us, it felt like we were losing friends when we left the hospital.”

Twenty-one years later, Palmer and the Seiberts shared stories and photos of newborn Tiffany before heading over to the NICU to see some of the hospital’s most vulnerable patients.

“That was pretty amazing,” said Palmer after the reunion. “I choked up. It’s rewarding for us to see the babies all grown up.”

In the NICU that day, Tiffany had the chance to meet with Taylor King, visiting his son, Spencer, a two-pound baby. They chatted and swapped stories. He later said that seeing how healthy Tiffany was gave him hope that everything will work out just fine for his child.

The energetic young woman can be found at one of several jobs, including as a tour guide for Penn State and as a waitress at the Jigger Shop, a Mount Gretna, Pa., ice cream parlor, during the summer. She was a cadet in the Air Force ROTC program for two years and is an ambassador for Alex’s Lemonade Stand Foundation where she once helped raise $18,000 in 48 hours. She will serve as the THON captain in 2019 on the Donor and Alumni Engagement Committee.

Tiffany hadn’t been back to the NICU since the day she left in June weighing just over four pounds. She used to deny that she was a NICU baby but now wears that title proudly, knowing how far she has come and how hard she fought in those first few weeks.

Moved by her reunion in the NICU and stories of her birth, Tiffany told Palmer she hopes to one day work in the pediatrics field, coming full circle to where her life began.

“Maybe one day you can help me with the little babies!” 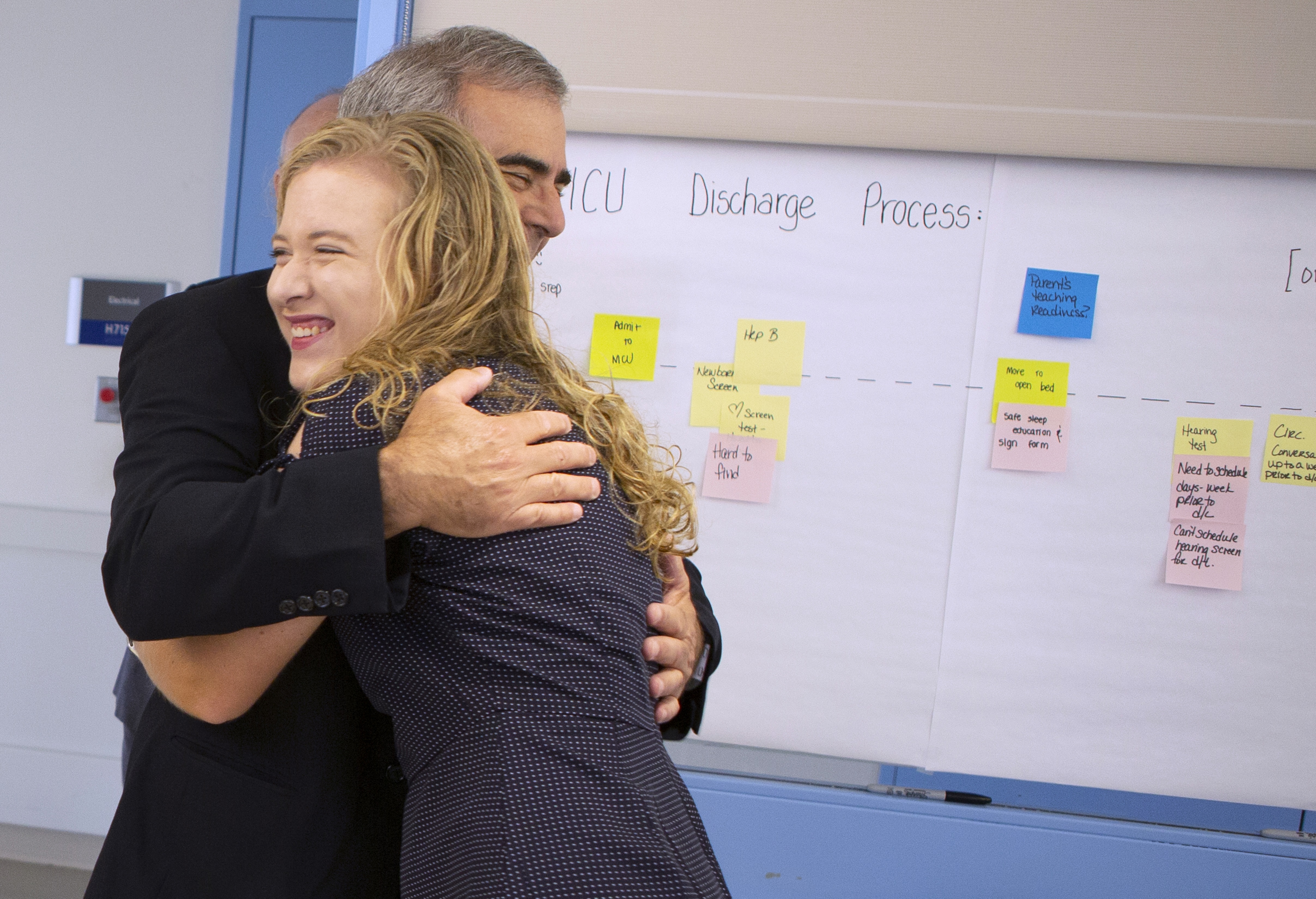