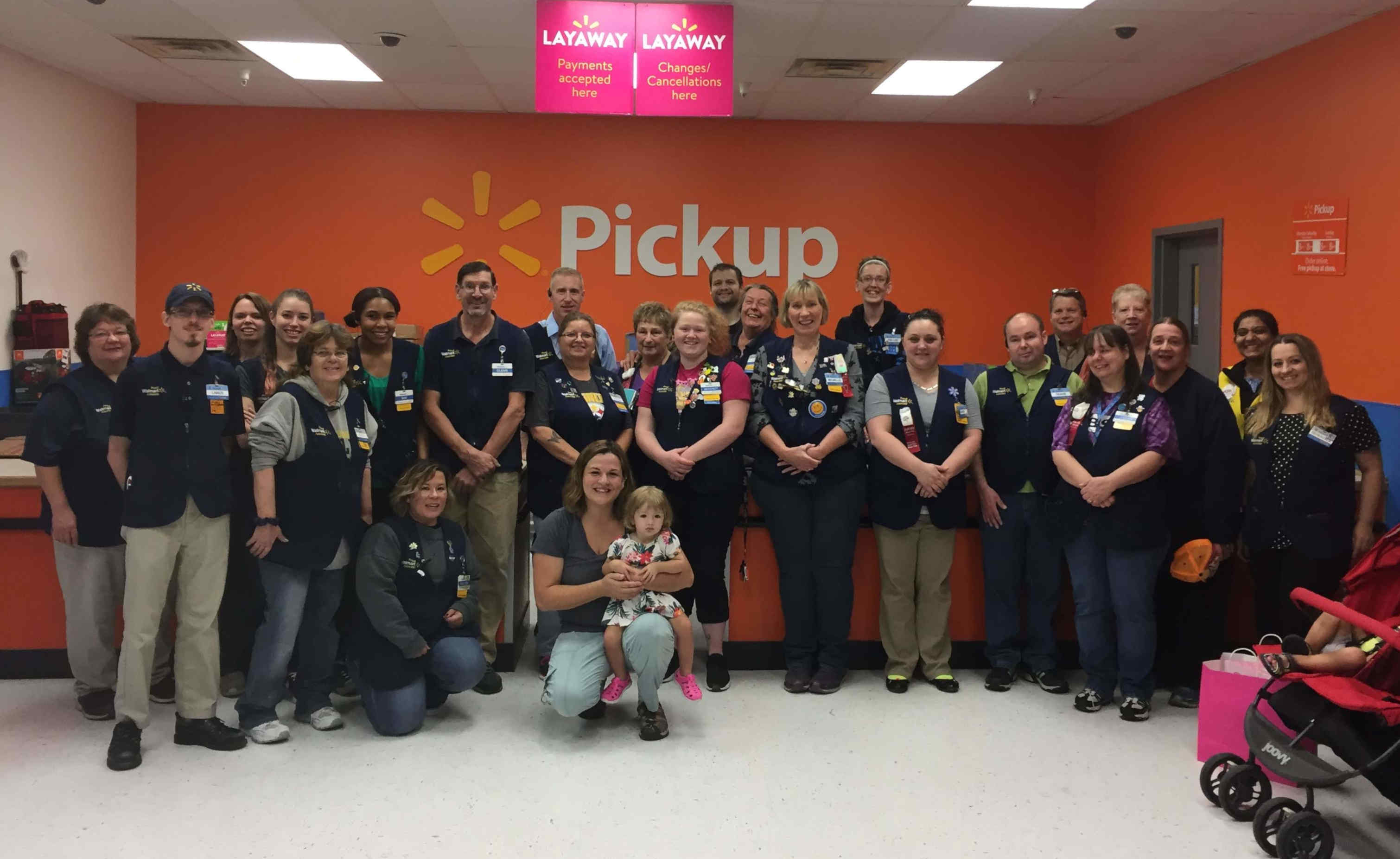 Walmart and Sam’s Club stores in Adams, Cumberland, Dauphin, Lancaster, Lebanon and York Counties raised $212,134 for Penn State Children’s Hospital during a campaign from August 27 to October 7. The effort was part of a national campaign for Children’s Miracle Network Hospitals which resulted in $36,510,164 raised, putting the overall total raised in the U.S. and Canada since 1987 over the $1 billion mark.

“Research done by Engage for Good shows that the cumulative $1 billion in cash raised for CMN Hospitals over the years by Walmart and Sam’s Club represents the largest amount ever raised for a nonprofit by one company in North America,” said David Hessekiel, president of Engage for Good, a trade group that tracks cross-sector efforts to generate positive social and business impacts.

During the campaign, Walmart and Sam’s Club associates at 23 locations across central Pennsylvania held in-store fundraising activities and asked customers and members at the registers to #HelpKidsLiveBetter. Associates coordinated creative fundraisers and incentives to promote the campaign in their stores, including food and candy sales, basket auctions, catching change in upturned umbrellas and themed dress-down days. Pediatric patients and families also visited stores and shared their personal medical journeys.

The gift of more than $212,000 from local Walmart and Sam’s Club stores will fund vital programs, research and equipment at Penn State Children’s Hospital that save kids’ lives and improve their quality of care. $212,000 could purchase an entire pediatric ambulance – an “intensive care room on wheels,” an isolette bed to safely transport fragile infants via Life Lion, or hundreds of medical camp scholarships for children with special needs.

“The $1 billion raised by Walmart and Sam’s Club customers, members and associates has changed the world of children’s healthcare,” said John Lauck, president and CEO, Children’s Miracle Network Hospitals. “Because of their generosity, tens of millions of kids across the U.S. and Canada are living better.”