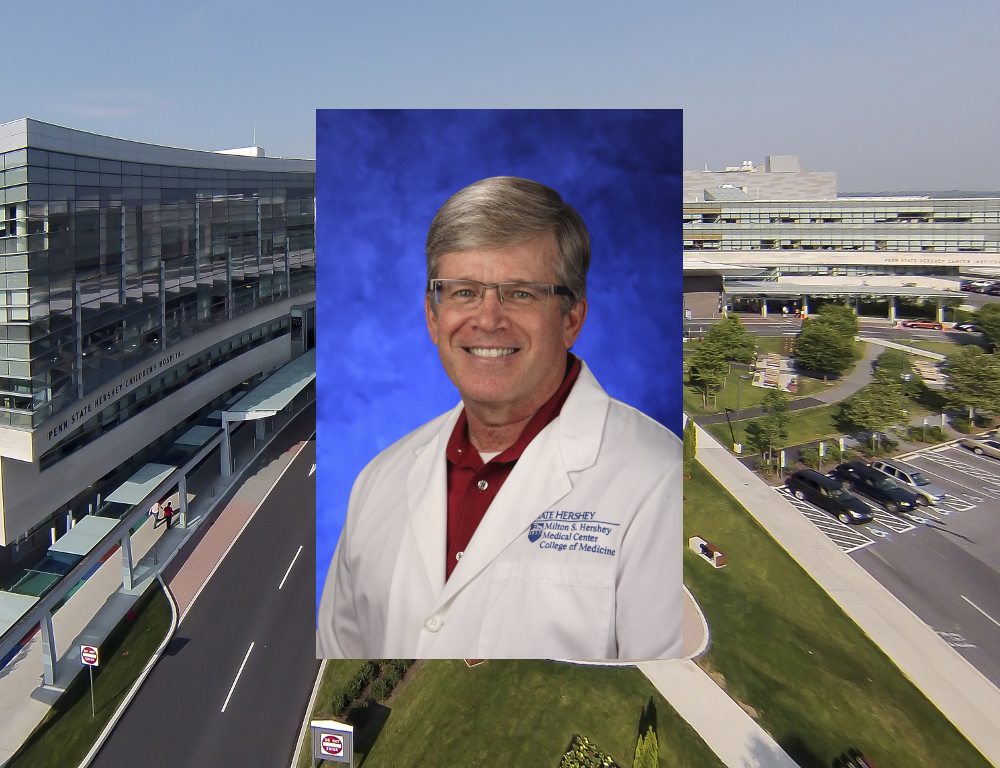 Abusive head trauma is the leading cause of traumatic death and disability in infants and young children in the United States. However, multiple studies have shown that disparities and bias can affect physicians’ decisions to evaluate, diagnose and report suspected abuse. In response, researchers have developed an evidence-based predictive tool physicians can use to help confirm, exclude and report suspected abuse.

According to Dr. Kent Hymel, professor of pediatrics at Penn State College of Medicine and Child Maltreatment Solutions Network faculty co-hire, the overall aim of their research is to reduce cases of missed or misdiagnosed abusive head trauma.

“The consequences of missing a diagnosis for abusive head trauma (AHT) can be severe and can even result in the death of the child if they are mistakenly returned to an abusive situation,” said Hymel, who is also a child abuse pediatrician at Penn State Children’s Hospital.

To that end, Hymel and his colleagues in the Pediatric Brain Injury Research Network (PediBIRN) have developed an evidence-based predictive tool for AHT that incorporates the predictive contributions of patients’ (positive or negative) completed abuse evaluations.

As published in Child Abuse & Neglect, Hymel and his research team analyzed 500 cases of acutely head-injured children under 3 years of age who were hospitalized for intensive care at 18 different sites between 2010 and 2013. Their analysis led to the derivation of a seven-variable prediction tool which they call the PediBIRN-7. The tool’s seven predictor variables include respiratory compromise at the scene of injury or during transport; bruising on the child’s ears, neck or torso; skull and other skeletal fractures; bleeding in the head and eyes; and brain swelling.

When evaluating their data, researchers found clusters of variables that best inform abuse versus nonabuse.

“The study was designed to include two of the variables, skeletal and retinal scans, however another five variables were derived through the data,” Hymel explained. “Interestingly, four out of the five additional variables coincide with a previous study that resulted in a predictive screening tool for child abuse.”

If validated, application of the PediBIRN-7 as an AHT prediction tool could inform physicians’ pending decisions to confirm, exclude and/or report suspected AHT.

“The PediBIRN-7 is another tool physicians can use when evaluating suspected AHT, in addition to scans and other screenings,” said Hymel. “Application of the PediBIRN-7 as an AHT diagnostic tool will hopefully reduce missed cases and disparities in the diagnosis of AHT.”

Currently, PediBIRN researchers are working to validate these findings in another study before the diagnostic tool can be adopted for use by physicians.

“There is no gold standard for diagnosing child abuse, and no tests or screenings tell the whole picture. Hopefully this new tool will give a more definitive diagnosis and help minimize under- or over-diagnosis,” Hymel said.

The Child Maltreatment Solutions Network advances Penn State’s academic mission of teaching, research and engagement in the area of child maltreatment. It is part of the Social Science Research Institute at Penn State.