Kevin Black named interim dean for the College of Medicine 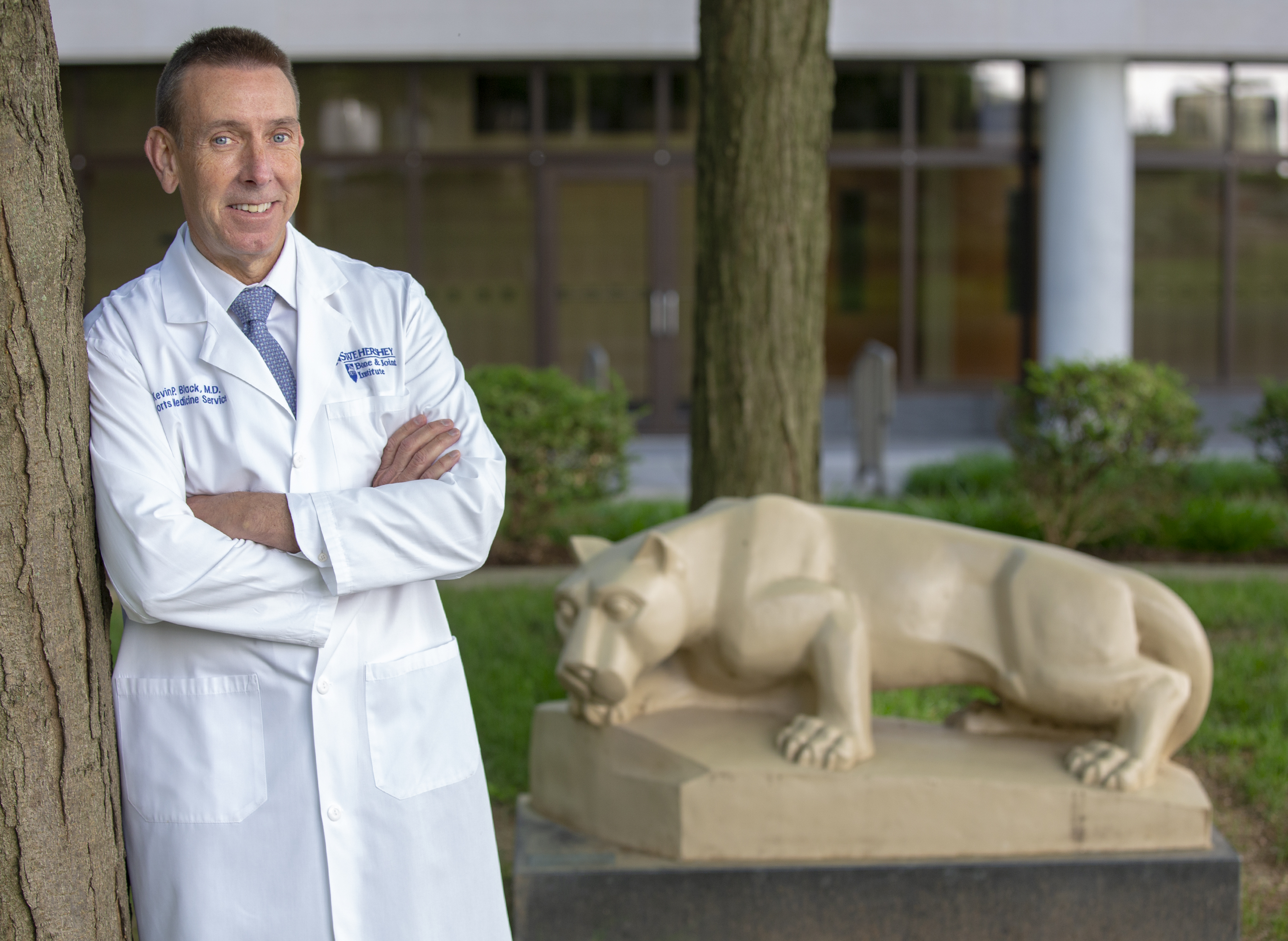 Black takes over for Dr. Craig Hillemeier, who is retiring as dean of the college and senior vice president for health affairs and chief executive officer of Penn State Health at the end of the 2018-19 academic year.

The University will launch a national search for a permanent dean of the College of Medicine.

“Kevin’s experience and leadership will be integral during this transitional period for the College of Medicine and Penn State Health,” said Nick Jones, Penn State executive vice president and provost. “His understanding of health sciences education and research, and community-based health care makes him uniquely qualified to lead the college through this important time.”

Black said, “I am greatly honored to assume responsibilities as interim dean of the Penn State College of Medicine. I look forward to working closely with the leadership of Penn State Health, the University and our College of Medicine to develop a sustainable model that will allow us to achieve continued excellence in each of our missions now and for the future.”

Black joined Penn State in 1993 as associate professor and vice chair of orthopaedics and rehabilitation. In 2002 he became the C. McCollister Evarts Professor and Chair in Orthopaedics and Rehabilitation. Under Black’s leadership, clinical activity in the department increased fourfold, its residency program doubled in size and the Center for Orthopaedic Research and Translational Science was established. Under Black’s leadership, Penn State Health Milton S. Hershey Medical Center has been named among the nation’s best hospitals for orthopaedics by U.S. News & World Report in each of the last two years, placing 35thin their 2018-19 rankings.

In 2013, the Kearny, New Jersey, native was named vice dean of the Penn State Health University Park Regional Medical Campus in State College. As vice dean, Black has overseen the establishment of a full four-year curriculum for students based at the University Park regional campus and the creation of a joint family medicine residency program with State College-based Mount Nittany Health, which began in July 2015.

Before joining Penn State, Black founded and directed the sports medicine program at the Medical College of Wisconsin, where he also served as an assistant professor of orthopaedics.

His clinical work focuses on knee ligament and patellofemoral instability. From 1990 to 1992, Black served as orthopaedic consultant to the National Football League’s Green Bay Packers. Since 1993, he has been the team physician for the Hershey Bears hockey team.

Black’s research centers on orthopaedic sports medicine, as well as investigating methods to teach and assess resident knowledge and performance in Systems Based Practice competency.

His awards and honors include the 2008 Steven and Sharon Baron Leadership Award for Faculty, the Traveling Fellow Award of the Clinical Orthopaedic Society and the European Traveling Fellow of the American Orthopaedic Society for Sports Medicine (AOSSM). Black is a two-time recipient of the Woodward Endowment for Medical Sciences Education Grant and a member of the Society of Distinguished Educators for the Penn State College of Medicine.