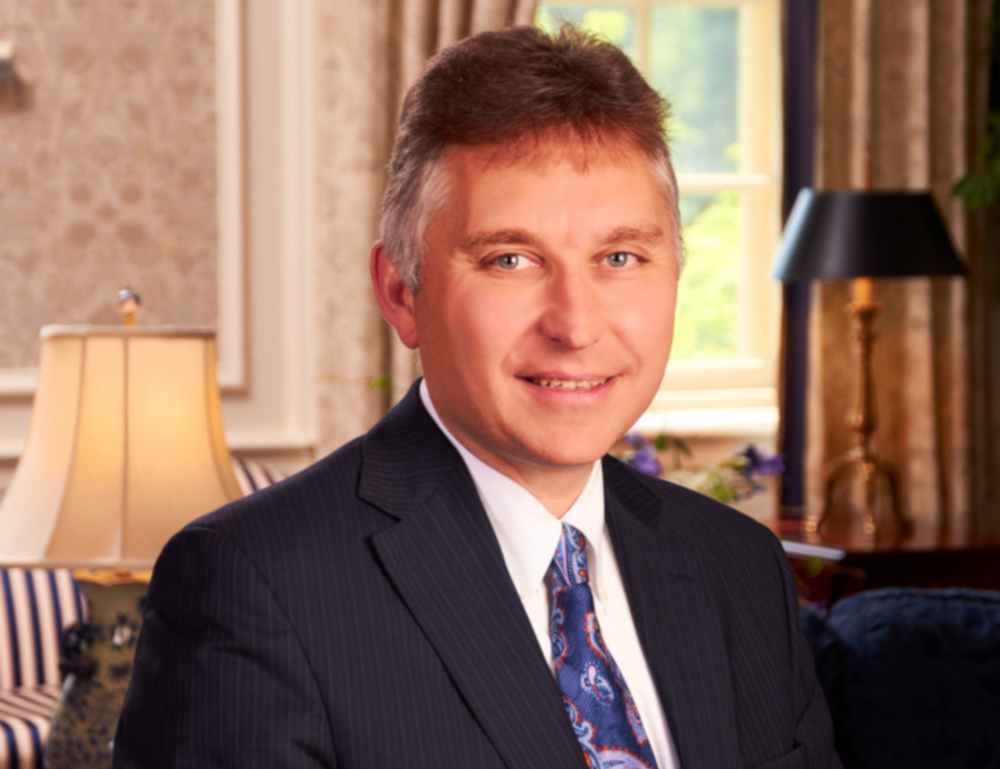 Doncsecz takes over for Eric Strucko, who became senior vice president and chief financial officer of the Milton S. Hershey Medical Center and Penn State Health Medical Group on July 1. The University will launch a national search to fill the role.

“Joe Doncsecz is a highly experienced and widely respected financial administrator who is very conversant with the needs and issues facing both the College of Medicine and Penn State Health,” said David Gray, senior vice president for finance and business and treasurer for Penn State. Gray added that Doncsecz was instrumental in guiding the recent change approved by the Board of Trustees to allow Penn State Health to issue debt in its own name, all of which is intended to bolster the sustainability of support for the College of Medicine.

“Joe’s significant finance and business experience, as well as his deep knowledge of the University’s mission and operations will support the continued growth and stability of our College of Medicine during this time of transition,” said Kevin Black interim Dean of the College of Medicine. “I am grateful for his willingness to serve in this role while we conduct a national search for a permanent associate vice president for finance and business.”

As associate vice president for finance, Doncsecz provides recurring reports to the Board of Trustees’ Committee on Audit and Risk, and the Committee on Finance, Business and Capital Planning. In his role as corporate controller, he oversees Penn State’s system of internal controls, facilitates all external financial and accounting control audits and leads the University’s cash, debt and risk management functions, including coordination of all cash receipts and disbursements in accordance with Penn State’s operating and capital budget plans and policies. Doncsecz’s corporate responsibilities also include financial, accounting and treasury advisory roles with the Milton S. Hershey Medical Center, Penn State Health, the Penn State Research Foundation and the Penn State Investment Council.

He has helped lead the effort to replace the University’s legacy Integrated Business Information System, or IBIS, with the launch and implementation of the new System for Integrated Management, Budgeting and Accounting (SIMBA), scheduled to go live on July 1, 2020. Despite his new interim role at the College of Medicine, Doncsecz will remain a sponsor of the SIMBA effort.

He also serves as assistant treasurer of the Corporation for Penn State, treasurer for the Pennsylvania College of Technology and holds various other officer and authorized signatory roles for the University’s subsidiary corporations.

Susan Wiedemer, associate controller and assistant treasurer at Penn State, will be interim associate vice president for finance and corporate controller in Doncsecz’s absence. Gray said of Wiedemer, “Sue is a seasoned financial leader who has been instrumental in supporting Penn State’s cash, debt and overall financial management program. She will do a great job leading the Corporate Controller’s office until Joe is able to return.”

Kurt Kissinger, associate vice president for finance and business at Penn State and former director of operations at the College of Medicine, is serving in an acting capacity at the college until Doncsecz officially assumes his duties on Aug. 1.