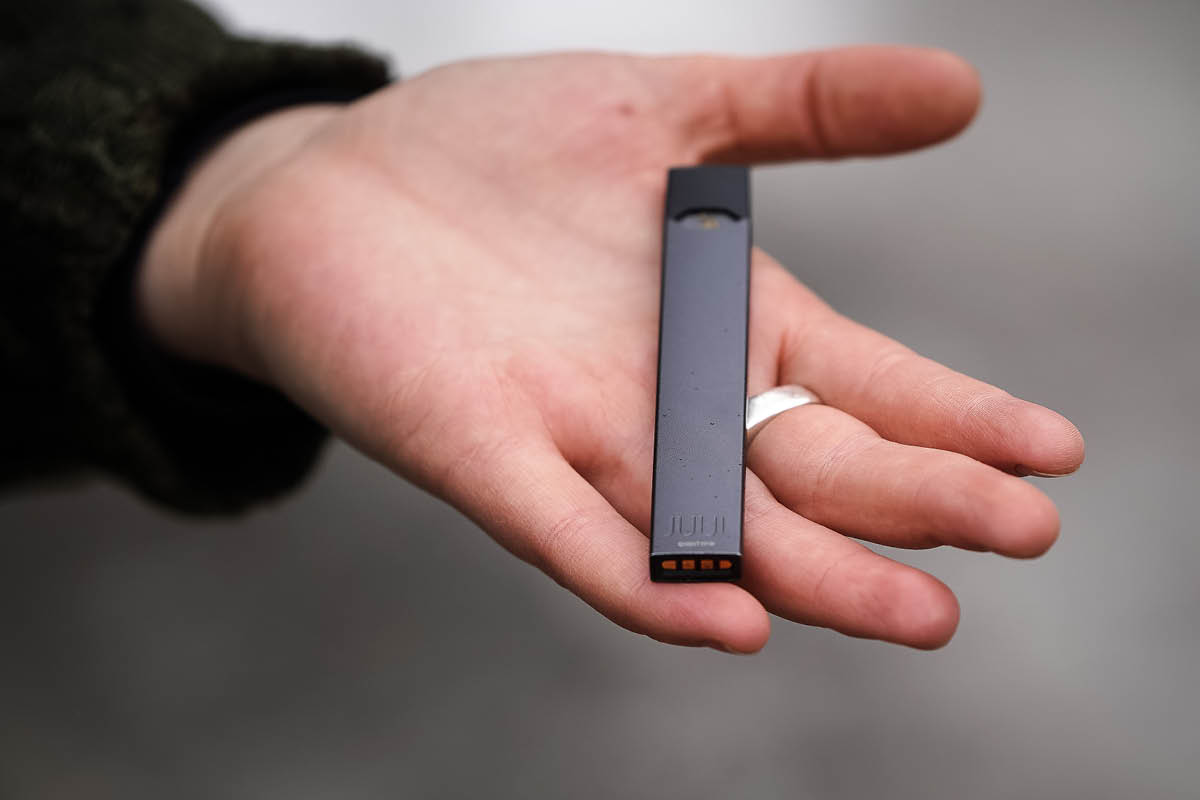 Jessica Yingst, first author and researcher at the College of Medicine, said that previous studies of other electronic cigarettes with high liquid nicotine concentrations revealed that many delivered very little nicotine to the user. The researchers profiled the nicotine delivery capabilities of JUUL, which is known to have a high concentration of nicotine in its pods.

“The JUUL users we studied obtained blood nicotine concentrations almost three times as high as most of the e-cigarette users we previously studied,” Yingst said. “JUUL’s nicotine delivery is very similar to that of cigarettes.”

The researchers published their findings Nov. 15, 2019, in JAMA Open Network. Six regular JUUL users were asked to puff on their device every 20 seconds for ten minutes for a total of 30 puffs. Blood was collected at intervals during and after vaping. The researchers used liquid chromatography and mass spectrometry to analyze the amount of nicotine in the blood at each time point.

Researchers also asked the participants to rate their withdrawal symptoms and other subjective effects like craving and anxiety both before and after vaping. The participants also completed the Penn State Electronic Cigarette Dependence Index — a questionnaire designed to measure addiction to electronic cigarettes. JUUL users who completed the survey self-reported higher nicotine dependence compared with more than 3,000 experienced long-term users of other electronic cigarettes.

Jonathan Foulds, PhD, a co-author of the study and a professor of public health sciences, said that the results obtained from this study with JUUL are different from prior findings that e-cigarettes were less addictive than regular cigarettes.

“In previous studies, we found that e-cigarette users were less addicted than smokers,” Foulds said. “However, the high nicotine delivery of the product and the scores on this study suggest that JUUL is probably as addictive as cigarettes.”

According to the researchers, the high addiction potential of these e-cigarettes is an important reason why non-smokers should not try them – but they may provide a way for smokers to switch to a less harmful form of nicotine consumption.

“In previous work, we determined that JUUL delivered lower levels of some harmful chemicals than cigarettes and even some other e-cigarettes,” said John Richie, PhD, co-author of the study and professor of public health sciences at the College of Medicine.

Foulds cautioned that products like JUUL pose a dilemma for public health experts.

“This type of product is likely addictive and is attractive to teenagers,” Foulds said. “But those same qualities that make it addictive may enable it to help adult smokers switch to a much less harmful form of nicotine consumption.”

Shari Hrabovsky, Andrea Hobkirk and Neil Trushin, all of Penn State College of Medicine, also contributed to this research.

The authors were supported by grants from the National Institutes of Health and the Centers for Tobacco Products of the United States Food and Drug Administration.

The project described was supported by the National Center for Advancing Translational Sciences, National Institutes of Health, through Grant UL1 TR002014. The content is solely the responsibility of the authors and does not necessarily represent the official views of the NIH.