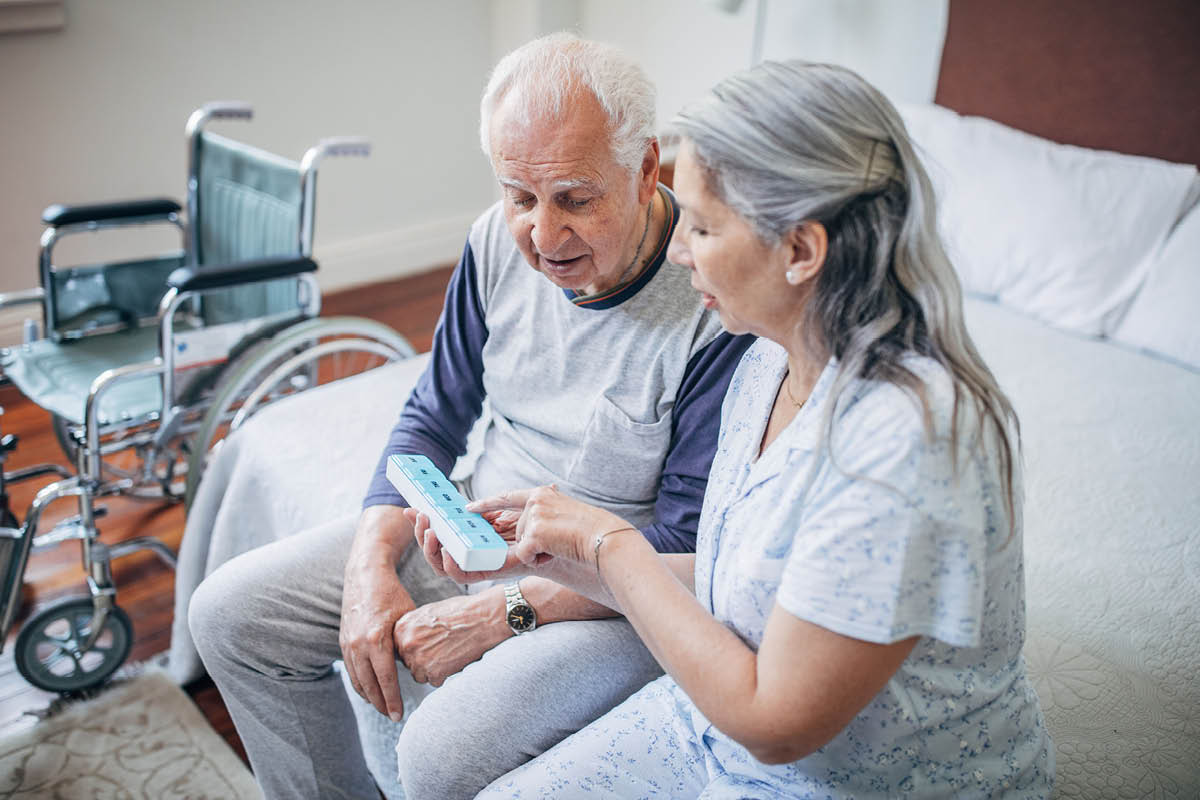 According to the Partnership to Fight Chronic Disease, 7.7 million Pennsylvanians live with at least one chronic health condition, such as diabetes, asthma, heart failure, hypertension or high cholesterol. Yet an alarming number of people don’t take the medications prescribed by their health care provider to manage those conditions.

According to a study published in the Annals of Internal Medicine, 1 in 3 patients nationwide fail to fill first-time prescriptions. Another study in the same journal found that 50 percent of medications to manage chronic disease are not taken as prescribed.

Costs rank high as a reason why people don’t take their medications. Some, including insulin, can be expensive, especially for people living on fixed incomes. “People on Medicare may fall into the ‘donut hole,’ which means they are responsible for a percentage of the cost of their drugs until they reach a certain dollar amount, and they struggle to pay those out-of-pocket costs,” Mulder said.

Drug costs also affect younger people who may be responsible for a co-pay and a portion of their deductible early in the year. To cut costs, some patients may take half a prescribed dose so their prescription lasts twice as long. “But if they don’t tell this to their provider, and their health condition doesn’t improve, they may get prescribed a higher dose, which could then put them at risk for negative side effects,” Haydo said.

Other reasons for not taking prescription medication include a lack of understanding about a medication or a health condition. Also, some people stop taking certain medications when they don’t notice a significant health change. “But with high blood pressure and cholesterol medicine, you don’t feel any different until you have a problem,” Mulder said.

To overcome these barriers, “start by being honest with your provider or pharmacist,” Haydo said. People should speak up when they don’t understand a prescribed medication or their health condition, or when they’re feeling overwhelmed by that information.

People also should speak up when they can’t afford their medications. The doctor or pharmacist may be able to find a more affordable medication that’s just as effective. Other options include:

Several options also exist for people who want to take their medications but sometimes forget a dose. For younger adults, pill reminder apps can send a daily notification to a smartphone. “For others, a daily pill box will organize medication by day of the week so people don’t miss a dose,” Mulder said.