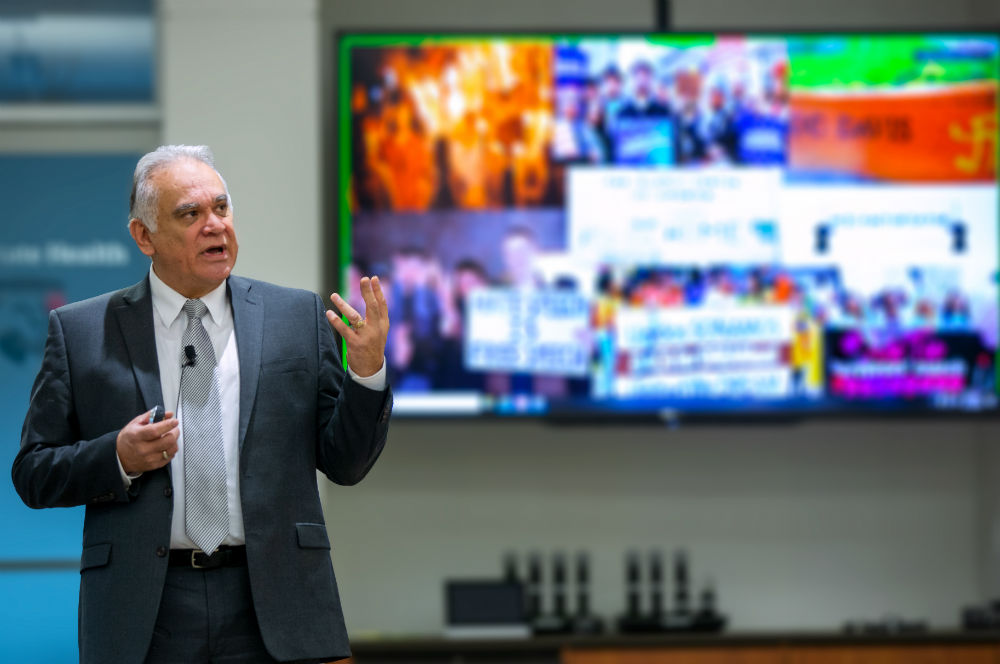 Dr. David Acosta, chief diversity officer for the Association of American Medical Colleges, discusses the impact of national race relations on the workforce.

Creating an inclusive workplace requires a serious commitment — but the payoff is worth it, said Dr. David Acosta, chief diversity officer at the Association of American Medical Colleges, during Penn State Heath’s Day of Understanding on Feb. 13.

It requires accountability for results and a clear-eyed look at whether any policies are stymying progress, he said. But the benefits include more committed and productive employees. Job satisfaction soars, Brand reputation increases. Employees want to continue at their jobs, and more talent becomes interested, Acosta said.

The Day of Understanding is an initiative of CEO Action for Diversity and Inclusion – a 900-member organization that includes Penn State Health. The day of dialogue at Penn State Health’s Hershey campus included three events geared to increase diversity efforts and highlight the system’s commitment to diversity. About 60 people participated in the event.

“I want every person who works here, who learns here or who comes here for care to be able to say:  When I am at Penn State Health or Penn State College of Medicine, I feel welcomed, wanted, respected, valued and heard,” Penn State Health CEO Steve Massini said.

Seven percent of the College of Medicine’s entering class consisted of underrepresented minorities including Hispanics, blacks and Native Americans. The White Coats initiative goal was for each class to include 31 percent unrepresented minorities. Students at the College of Medicine say they expect recruiting strategies will increase its diversity.

Dr. Justin Garcia, a professor from Millersville University, led a discussion about whether racial/ethnic identities are socially defined or influenced by cultural and socio-economic dynamics.  He also discussed the intersection between race and medicine, noting that there are some medical conditions that are associated with race.