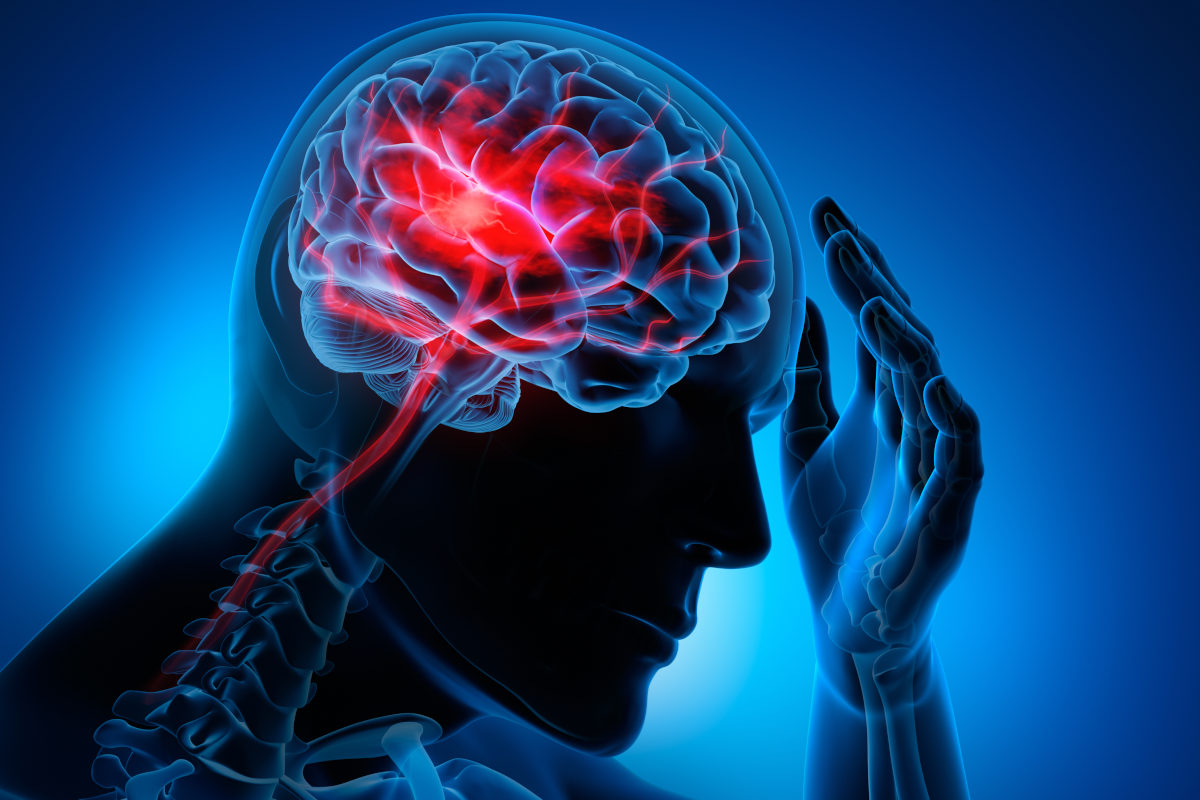 Strokes are the fifth most common cause of death in the United States and a leading cause of disability among survivors. Fortunately, most strokes — more than 80% — are preventable.

“It’s all about modifying your risk so you don’t have a stroke in the first place,” said Alicia Richardson, a clinical nurse specialist with Penn State Health Stroke Center. “And most risk factors are completely manageable in a primary care setting.”

Dr. Raymond Reichwein, a neurologist and co-medical director of the Stroke Center, says everyone should request a stroke risk assessment during their annual check-up with their primary care provider. This is especially important as many risk factors may not have any obvious symptoms.

High blood pressure is the number one, modifiable risk factor for stroke, “but many people are asymptomatic,” said Reichwein, who recommends periodic blood pressure checks in the morning, afternoon and evening as blood pressure can vary throughout the day. If an individual develops pre-hypertension — blood pressure readings above 120/80 and below 140/90 — or high blood pressure, there are many effective, inexpensive medications to manage the condition and lower stroke risk.

High cholesterol and type 2 diabetes are also significant risk factors for stroke and can be managed effectively with medications, Richardson says. But even those who are pre-diabetic — having a higher than normal blood sugar level but not high enough to be type 2 diabetes — have twice the risk of stroke as someone with a normal sugar level.

Other manageable causes of stroke include carotid artery disease and atrial fibrillation (AFib), or irregular heart rhythm.  The former, which accounts for approximately 15% of strokes, can be easily assessed during a routine check-up.

“It’s as simple as using a stethoscope to listen for abnormal sounds in the neck that would suggest a blockage,” Reichwein said. If warranted, an ultrasound would follow. A procedure called a carotid endarterectomy can clear the plaque from the blood vessel; occasionally a stent is placed in the artery to reduce subsequent stroke risks.

Up to one-quarter of the population can develop AFib as they get older; a majority of those are asymptomatic. As they age, the condition becomes a stronger risk factor for stroke.

“These can lead to devastating, debilitating strokes in someone who is otherwise a pretty healthy, older individual,” Reichwein said. “The key is to identify it when it’s subclinical. There are devices — Fitbit and Apple Watch — that monitor your heartrate and provide information on whether your data points to AFib.” He cautions anyone who feels abnormal heart palpitations or as if their chest is fluttering to seek medical guidance.

Individuals who snore should take note that obstructive sleep apnea is also a risk factor for stroke. Reichwein advises that people who are overweight, with a bigger neck size, get screened for this disorder.

Finally, there are lifestyle behaviors that can put one at an increased risk of stroke. Smoking, excessive alcohol consumption, obesity, and physical inactivity are all modifiable risk factors.

Young and at risk

While strokes have decreased by 29% in people age 65 and older over the past decade, Penn State Health Stroke Center has seen a dramatic increase in the number of patients ages 25 to 44, according to Richardson. “This population doesn’t even realize they’re at risk,” she said.

Younger stroke patients share many of the same risk factors as their older counterparts, but there are other risks factors as well, according to Reichwein. These include genetic disorders like sickle cell anemia and some blood clotting disorders.

There is also an associated risk of stroke for individuals who have migraine headaches with aura, particularly in women who also use oral contraception or hormone therapy. Reichwein advises that these individuals discuss their risk with their care provider.

When a stroke happens

Time is critical with strokes. If the intravenous clot-busting drug known as TPA can be administered up to four and a-half hours from the onset of symptoms, the stroke-causing clot can be dissolved, restoring blood flow and reducing brain damage. To help people recognize the signs of stroke, Reichwein and Richardson point to the acronym BE FAST, representing Balance loss, Eyesight changes, Face drooping, Arm weakness, Speech difficulty and Time to call 911.

“BE FAST captures about 90% of stroke symptoms,” said Reichwein, who stresses that any sudden onset of any of these symptoms should be considered a stroke until determined otherwise.

Those who experience one or more BE FAST symptoms briefly but then seemingly recover within 30 minutes to an hour should also seek immediate attention for their brief symptoms as they could have had a TIA — transient ischemic attack — also called a mini stroke. Individuals who experience a TIA have a risk of up to 20% of having a stroke within 90 days.

“Only 1 in 4 people who have a stroke are lucky enough to be forewarned by a TIA,” Reichwein said. “It’s a great window of opportunity to prevent a future stroke.”

The Medical Minute: You’ve been diagnosed with AFib. Now what?