The Medical Minute: What you need to know about Lyme disease 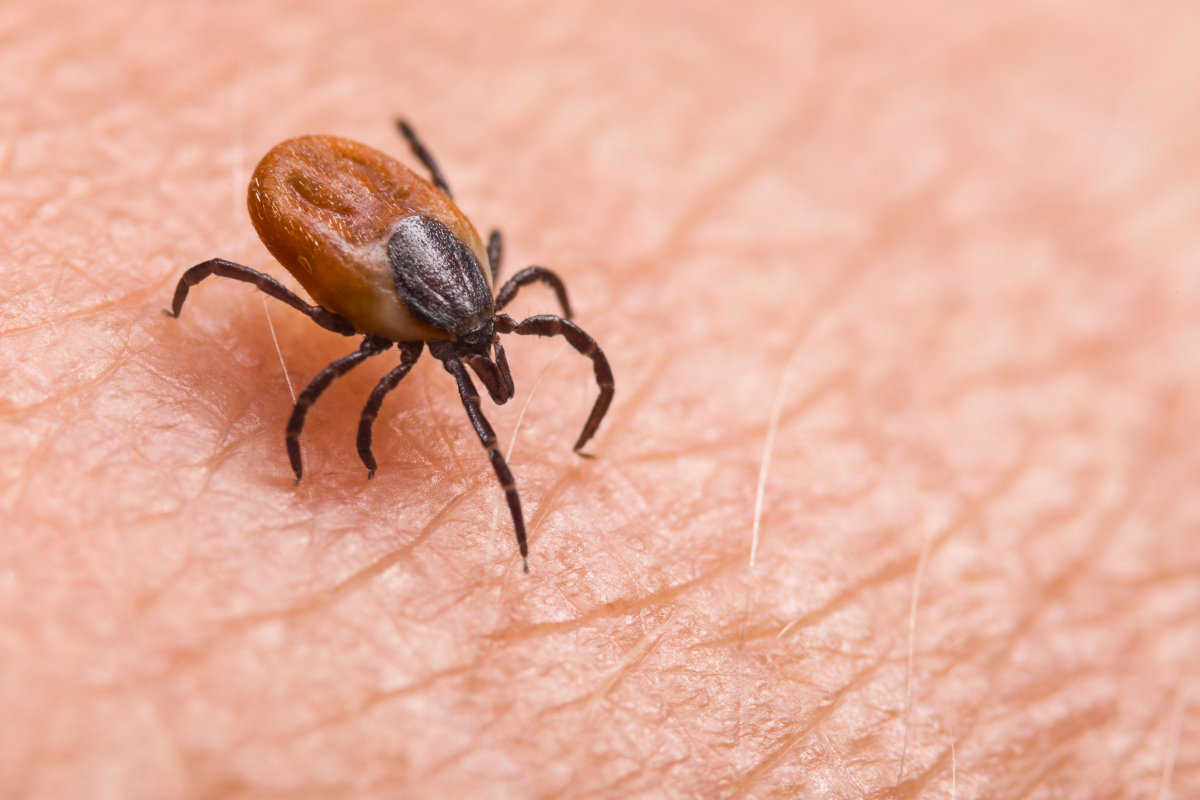 Summer means ample healthy outdoor activities, but the tiny deer tick may have other plans for us. This particular arachnid carries a bacterium that causes Lyme disease which, if left untreated, can lead to severe health problems. As Pennsylvania leads the nation in Lyme disease infections, it is critical that all in the Commonwealth know how to minimize the risk of contracting the disease and recognize the symptoms of an infection.

Prevention in the backyard and beyond

Ticks can dwell anywhere, but they thrive in the woods and areas that are damp, dark or overgrown, according to Tara Simmons, a community health nurse at Penn State Health Milton S. Hershey Medical Center. That includes lawns that are overgrown or near wooded areas.

“Mow your lawn,” Simmons said. “And if your kids have a playset in the backyard that borders trees, create a barrier of wood chips. Ticks will have difficulty crossing a dry, sunny area.”

The risks of being exposed to deer ticks increase significantly in meadows and the woods. “When I hike in the woods, I always stay in the center of the path and avoid the brush — the tick habitat,” Simmons said. She also advised wearing light-colored clothing — on which it’s easier to see ticks — and treating the clothing and hiking gear with the insecticide permethrin. “It lasts through several washings. But don’t spray it on your skin.”

Simmons warns against relying on insect repellants to prevent tick bites. “They’re good at keeping mosquitoes away, but they don’t kill ticks — just repel them,” she said. “Ticks may be able to walk across the sprayed skin and seek shelter in an area you missed, like an ear.”

After a hike, Simmons advises doing a tick check. “Take everything off and wash it, or just toss it in the dryer as ticks can’t survive the heat. Then shower and check for ticks. If you wash off a tick before it’s attached, it didn’t have a chance to transmit the bacteria.”

The only proper way to remove a tick, according to the Centers for Disease Control and Prevention, is with tweezers.

If part of the tick remains in the skin, there is no need for panic, according to Simmons. “You can try to dig a little to get the remaining parts of the tick out. Or you can just clean the area with soap and water or rubbing alcohol. Your body should break down the tick parts effectively.”

“In summertime, there typically is no flu. If you start to experience flu-like symptoms in the summer, it’s likely something else,” Simmons said. “While we’re naturally focused on COVID right now, it’s also important to consider whether it could be Lyme disease.”

One symptom that points quickly to the tick-borne illness is a rash at the infection site. “A bullseye rash is a telltale symptom of Lyme disease,” Simmons said. “But a rash doesn’t always appear and when one does, it may take a different shape.”

It’s essential to treat Lyme disease as early as possible, before serious complications can develop. Anyone who develops a bullseye rash should seek medical attention, as should those with flu-like symptoms who recall being bitten by a tick within the past month, Simmons said. In those cases, a health care provider may opt to start treatment right away.

“If you’re unsure if you’ve been bitten, don’t have a rash and have tested negative for COVID, your doctor may test you for Lyme disease,” Simmons said. “But because it takes a while for the antibodies to show up, you may not get an accurate test result if you do have Lyme disease.”

Treatment for early localized Lyme disease — when the bacteria have not yet spread throughout the body — is typically oral doses of the antibiotic doxycycline. If the illness advances to early disseminated Lyme disease, antibiotics may be administered intravenously. Symptoms at this stage can include severe neck stiffness, facial palsy, arthritis, an irregular heartbeat, dizziness, nerve pain and shortness of breath.

“Once those complications start happening, damage is occurring. You’re having significant impairments,” Simmons said. The third stage, called late disseminated Lyme disease, can develop months or years after an untreated infection and cause arthritics, limb numbness and neurological problems.

“When it comes to contracting Lyme disease, the age of the person doesn’t matter. The age of the tick might matter more,” Simmons said. “An adult deer tick is larger and easier to see. Younger ticks — nymphs — are smaller and easy to miss, allowing them to stay on the body longer and transmit the bacteria. That’s why in addition to preventative efforts, it’s critical to recognize the symptoms.”

Learn more in a 10-part webinar on ticks and disease prevention, hosted by Penn State Extension.