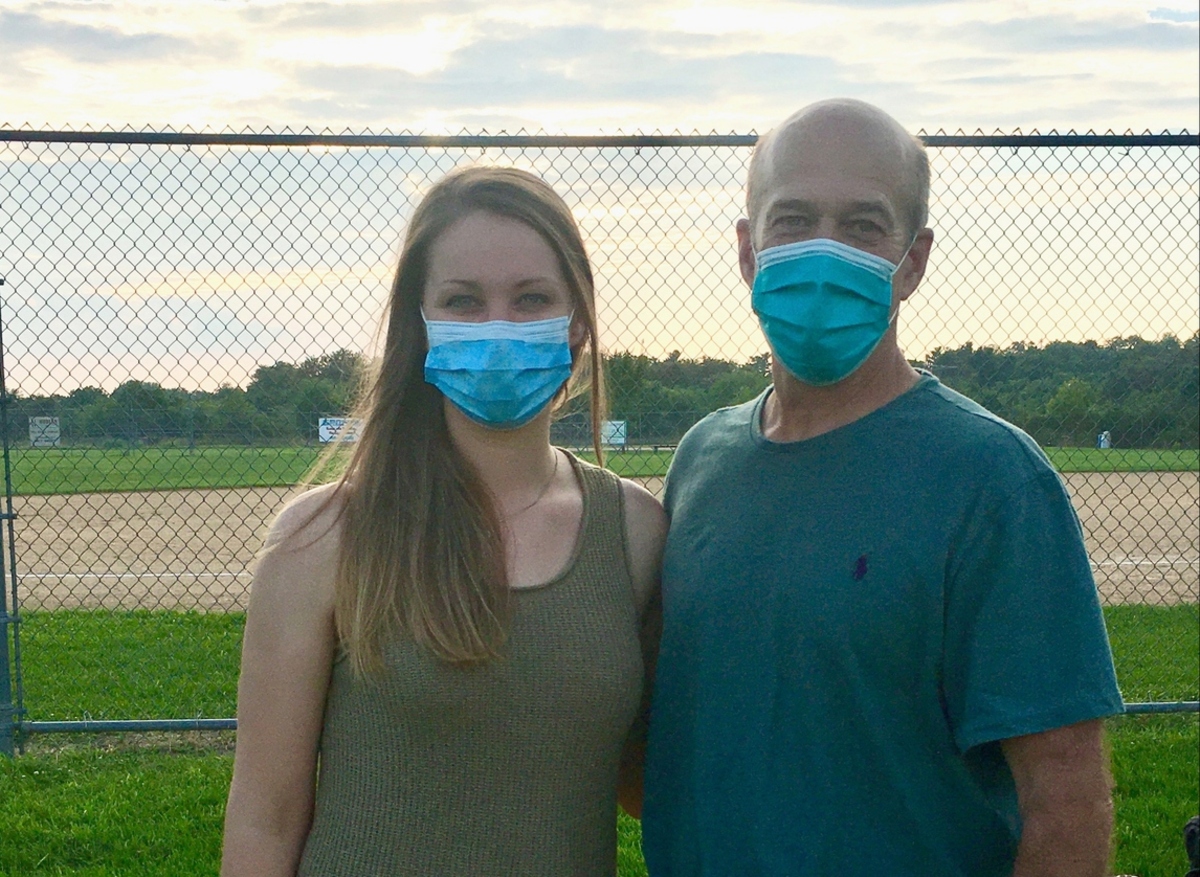 Shalisa Walker meets up with John Dohner at the softball field where she helped save his life after he suffered a heart attack during a game last month.

We’re starting a new series to help us share good news and positive things going on all around us, including the small things that may otherwise go unnoticed by most of us. Did someone on your staff go the extra mile to help a patient or another staff member in a way that rises above their job description? Has a patient returned your kindness with a special expression of appreciation? Are you or someone you know volunteering in the community or making a difference where it’s most needed? We want to bring these stories to you to brighten your day with a little more “Pawsitivity”!

Have a Pawsitivity story to share with us? Send us an email and write “Pawsitivity” in the subject line.

In his first time back as a player after years of coaching his son’s softball team, John Dohner had no idea the biggest save of the game would be made by a nurse in the stands who came to his rescue after he suffered a heart attack.

“We had just made our third out, and I remember looking across the field and going to take a deep breath in, and I couldn’t catch my breath,” said the Elizabethtown man, who was walking in from the outfield during their game in Marietta. “I tried again, took a few steps and went down.”

Up in the stands, Penn State Health Milton S. Hershey Medical Center acute care nurse Shalisa Walker, who was on hand to watch her husband play with the opposing team, was talking with a friend who noticed Dohner had fallen down. Walker handed off her five-month-old daughter and sprinted to the field.

As another person started chest compressions, Walker asked for an automated external defibrillator (AED). Another bystander ran about 300 yards to the guard station at Armstrong Industries, on whose field they were playing, and returned with one.

After being shocked with the AED, Dohner came to and sat up, Walker said. The moment was fleeting, however, as Dohner slumped again, and Walker lost his pulse. She started chest compressions again, not giving up for several more minutes until the ambulance arrived.

“They had to shock me nine times in the ambulance and two more times at the hospital,” said Dohner, who had three stents placed after tests showed a 90 percent blockage of his circumflex artery and a 100% blockage of his left anterior descending artery, a key artery that moves blood to the heart. A heart attack caused by a blockage here is so dangerous that it’s often called the “widow maker.”

“When the EMT came to see me later, he told me he can count on one hand the number of times he’s been able to talk with a guy who was in my condition,” Dohner said. “By the grace of God, my life was spared.”

That, and the level head of Shalisa Walker, he said.

“She’s my angel on earth,” he said. “It was a scary moment, and she reacted with a clear head and helped save my life. There were others there, but from what I hear, she was the one who kept me alive. I can’t thank her enough.”

Dohner had no history of heart problems and had only recently found out his cholesterol was elevated. He had an appointment scheduled with his doctor at Penn State Health Medical Group – Elizabethtown to address it, never thinking he would have a heart attack and need cardiopulmonary resuscitation (CPR) before his appointment date arrived.

Walker is no stranger to doing CPR in the hospital with many resources at hand, but this was the first time she used her skills out in the community. Just the day before, she completed her quarterly resuscitation training at Hershey Medical Center, which she says increased her confidence.

“I feel very thankful that God had me in the right place at the right time to give assistance,” Walker said. “It adds some extra sweetness to being a nurse, knowing that you can be a blessing to someone even when you least expect it.”

A change of holiday heart: College of Medicine staffer gets unexpected surprise