Twilight museum: Anesthesiology department to display century’s worth of equipment 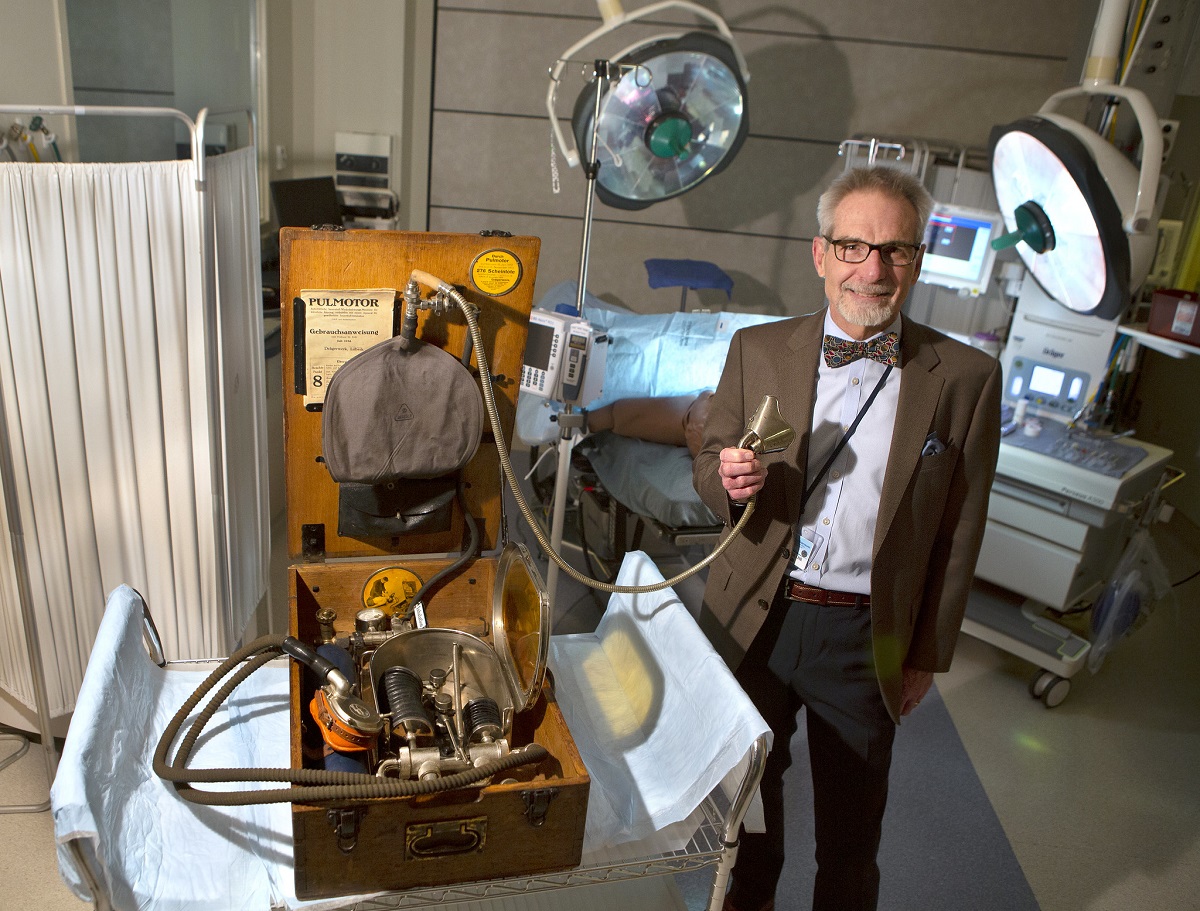 Dr. Berend Mets is seen in the anesthesiology museum he founded in 2020.

If he wasn’t already chair of Penn State College of Medicine’s Department of Anesthesiology and Perioperative Medicine, Dr. Berend Mets could work as a tour guide in the museum he’s building.

On a recent walk through his department’s growing collection of medical gadgets from throughout history, Mets talked about anesthesiology the way some people talk about exploring space.

Anesthesiology is not what you think. Doctors don’t inject you with the medical equivalent of Sleepy Time Tea, and you don’t take a nap. Instead, they deliver chemicals that activate your body’s off switch. Machines pump your heart and fill your lungs with air, while you teeter in a twilight state between this world and the next. Pain – or the memory of it, anyway – doesn’t exist there. Then the anesthesiologist brings you back, unscathed.

Anesthetists like Mets rarely make headlines, but they cast big shadows. They have been center stage throughout COVID-19. The ventilators you’ve heard so much about are their equipment. And without them, surgery and much of medical science would be unthinkable.

“You hold people’s lives in your hands,” Mets said. Glass cabinets in the wood-walled Julien F. Biebuyck library, a lecture and meeting room at the College of Medicine where Anesthesiology presents important talks, will show tools and accoutrements from more than 100 years of medical innovation. The idea is a tactile museum; students will hold and handle the same equipment as their counterparts from history. 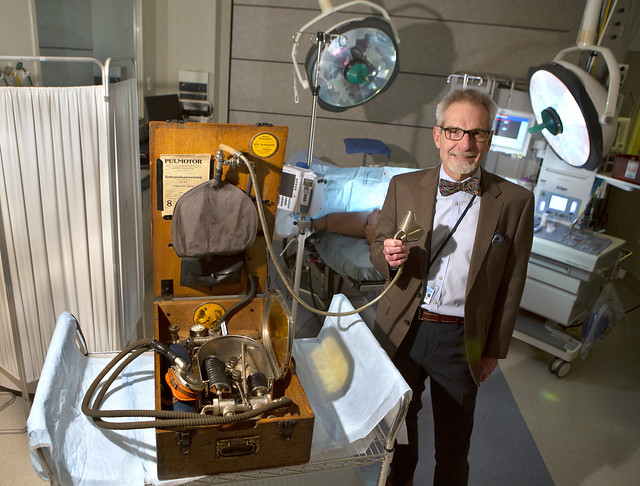 The College of Medicine will inaugurate the new facility — named the Dr. Berend Mets Museum of Anaesthesia — at an event memorializing the 50th anniversary of Mets’ department in October.

Mets paused on his tour to talk about some of the pieces already on display, the straps of a surgical mask crossing through his salt and pepper hair. Excitement punctuates his voice, which is touched with an accent from South Africa.

That’s where in 1982, Mets fell in love. As an intern at Edendale Hospital in the province of Natal, Mets anesthetized a patient receiving an orthopedic procedure. In his book, “Waking Up Safer? An Anesthesiologist’s Record,” Mets recalls his palms sweating as he tracked the ebb of the man’s pulse and then brought him back to life.

Four decades later, Mets’ job is hooking future health care workers into the specialty. He’s an authority on the profession’s history and now a tracker of its artifacts.

Anesthesia began at Massachusetts General Hospital in Boston in 1846, when an untrained dentist used ether to provide pain free surgery. Since then the chemicals have changed little, but an entire industry formed around making them safer. They’ve discovered how to keep volatile, deadly substances like ether from exploding. And better yet, they’ve invented elaborate equipment to keep them from killing the patients they’re supposed to help.

“We have machines that look like the cockpit of an aircraft now,” Mets said.

Much of the museum is dedicated to the evolution of these machines.

Since moving to the U.S. 28 years ago, Mets discovered a handful of similar museums. Four years ago, he and his colleagues started discussing the idea of establishing one in Hershey.

Black-and-white pictures and Victorian-era machines might hold fascination for historians, but the objects and information have greater value for students, Mets believes. An anesthesiologist with a firm grasp of where his or her tools came from can have a clearer understanding of how they work today – and, more importantly, why.

The team from Hershey began reaching out to the few museums they found, requesting to borrow pieces. Most refused. Shipping the aging equipment can be costly and damaging. Two, however – the Wood Library Museum of Anesthesiology in Illinois, and the Crawford W. Long Museum in Jefferson, Ga. ― agreed to donate artifacts.

Mets and his colleagues, Drs. Sonia Vaida and Melissa Coleman, kept beating the bushes for more leads. They learned of a locally connected private collector of anesthesiology equipment named Harry Latshaw from Indiana. He brought them numerous pieces now on display in the museum in the trunk of his car.

Perhaps the biggest get came on a visit to Boston four years ago. Mets met the organizer of the history museum at Draegerwerken in Lubeck, Germany ― the world’s largest ventilator manufacturer. Mets talked about the Hershey museum, and the Draeger curator, Thomas Peyn, offered to help. Mets asked for an early version of a ventilator known as the pulmotor.

Draeger lent Hershey an example of the first ventilator ever built. It rests on a cabinet next to Mets’ office waiting to be displayed. A heavy wooden case contains chambers and a hose attached to a mask. Constructed in 1907, the machine wouldn’t have been part of an operating theater, and it didn’t administer ether; rather emergency workers kept it poolside to help would-be drowning victims breathe.

“What we do,” he explained, “is keep the patient alive.”