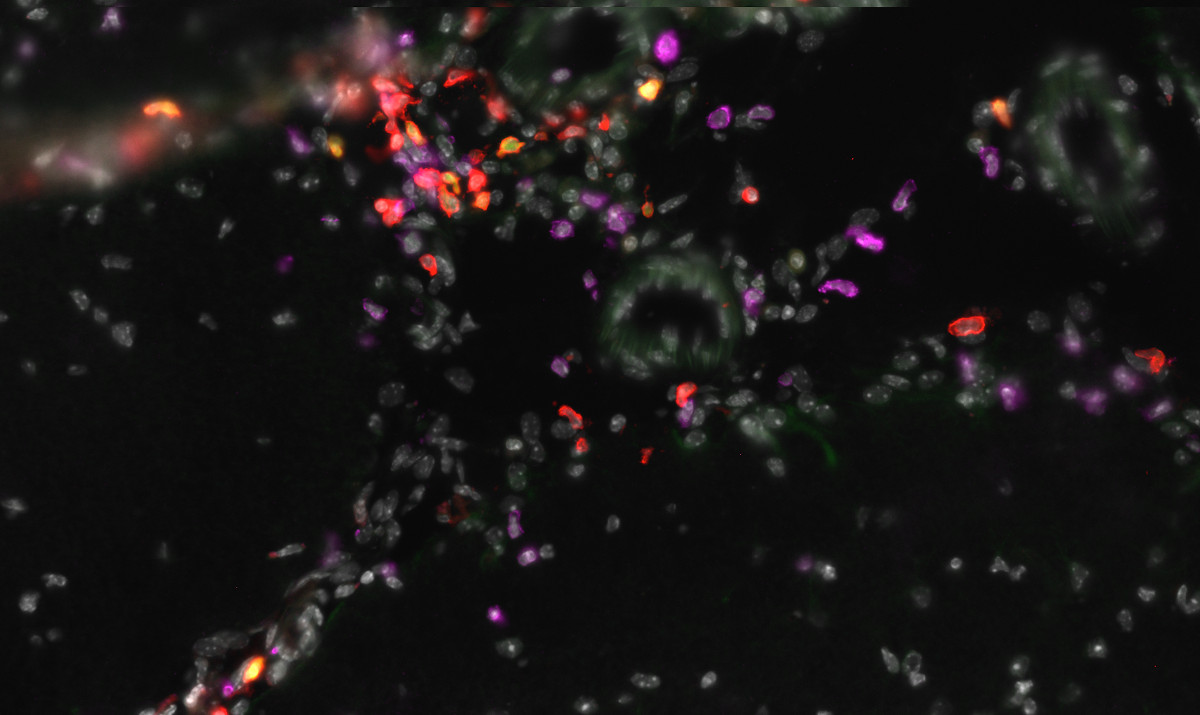 Researchers at Penn State College of Medicine now better understand the role of a protein, interleukin-21 (IL-21), in the immune system response to infections in the nervous system. The results of their recent study support further investigation into using IL-21 as a therapeutic agent for persistent central nervous system infections.

CD4 T cells in the immune system produce IL-21, which is critical for the development of CD8 tissue-resident-memory (TRM) cells during persistent viral infections of the central nervous system with polyomavirus.

Dr. Aron Lukacher, professor and chair of the Department of Microbiology and Immunology, said the results, published in Science Immunology , demonstrate that IL-21 is an important factor in the development of effective immune responses to chronic infections in the central nervous system including neurodegenerative HIV-AIDS and progressive multifocal leukoencephalopathy (PML), a fatal brain infection caused by JC polyomavirus. PML starts with symptoms including clumsiness, weakness or difficulty speaking or thinking. As it progresses, patients may develop dementia, have vision problems and become unable to speak.

Lukacher’s lab created an animal model of JC polyomavirus in mice, called mouse polyomavirus (MuPyV). Their research focuses on strategies to reduce the harmful effects of MuPyV, with the goal of developing translational approaches to improving outcomes for patients with PML and other immunocompromising conditions.

Prior research demonstrated that IL-21 is a key part of immune responses in the body, but the present study investigated the specific mechanisms and role IL-21 plays in the immune response to infection with MuPyV.

The research team, including medical scientist training program student Heather Ren, studied mice that were unable to produce sufficient CD4 T-cells and had similar defects in gene expression related to the development of CD8 TRM cells. They found that injecting IL-21 into cerebrospinal fluid reduced those deficiencies.

“The use of IL-21 as a therapeutic agent for persistent central nervous system infections needs further investigation,” Lukacher, a researcher at Penn State Cancer Institute, said. “Whether it needs to be administered directly into the central nervous system or given peripherally, such as intravenous infusion, will require further testing in our model.”